The humanoid that got away

Reviewing the AFU files on Swedish humanoid cases I re-examined the Ivar Naumann report of August 25, 1958. This particular case has always fascinated me because of the unusual and very physical experience of the witness. Ivar Naumann was interviewed in 1972 by Swedish ufologists Anders Wahlström and Jan Lind, who tape-recorded the narrative. Naumann also filled in the UFO-Sweden sighting questionnaire. He was then a 56 year old musician, living in Jönköping.

In the summer of 1958 Ivar Naumann and his wife rented a small cottage at a place called Riset, close to Härja in Västergötland. A few minutes after midnight on August 25 Ivar is sitting alone in the kitchen reading a book. His wife is asleep. "I put the novel away and was about to lit the pipe when I happened to look out the window. I figure was moving towards the outhouse." Ivar assumes it must be the farmer, Oskar, who owns the cottage so he lits the pipe and continue reading. But he has a strong feeling that someone is looking at him. "I turned around and stared straight into a face, not more than 50 centimeters away. Only the window pane separated us. First I thought it was a human being. I had always believed saucers and space people pure imagination.

The figure observed by Ivar Naumann

The figure was very short, like a child of eleven or twelve. The head was covered with a helmet shining with a blue, cold light. It wore a sort of coverall emanating the same blue light. "It was too dark outside for me to notice the skin colour but it was lighter than the helmet and coverall. The eyes appeared somewhat larger than human eyes and were completely black. His gaze had an unexplained effect, it hypnotized me."

Ivar hastily put his clothes on and rush outside. The figure has jumped over a fence and is visible about 100 meters from the cottage. Now a strange chase is taking place where Ivar try to catch up with the unknown intruder. But aftr some running he suddenly finds himself standing in front of a wheat field just gazing. "About 25 meters away a craft was waiting. It was large - about twelve meters - and had the shape of a disc. I felt a peculiar smell and became tired in an unreal way." 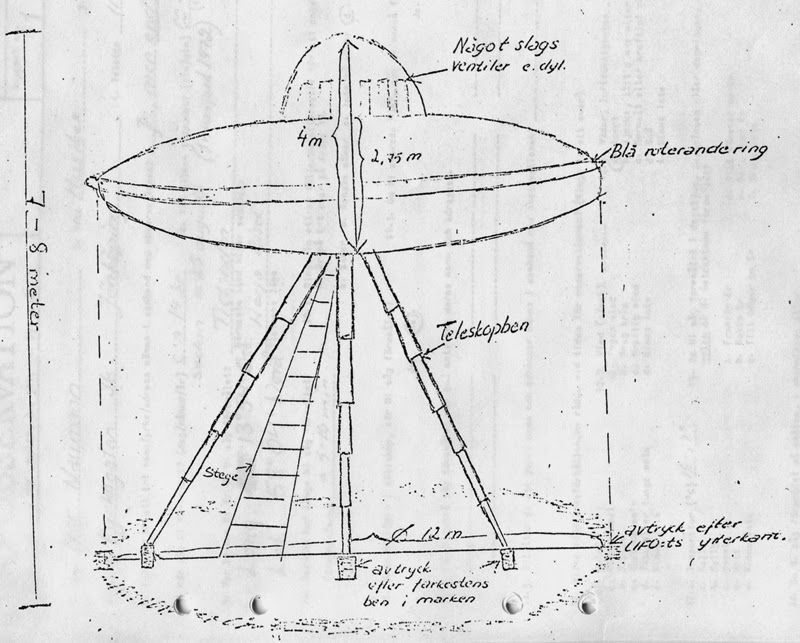 Ivar Naumann´s drawing of the craft

The small figure advance towards the craft, climbs up a ladder and disappears inside. Immediately Ivan can hear a buzzing sound like a motor increasing in speed. The three legs under the craft are retracted and it is slowly rising in the air. By know Ivan feels paralyzed and he can´t move at all. Some trees are bending in the wind when the craft accelerates with an enourmous speed and disappears in the sky.When it is gone Ivan can move again and all that is left is a strong smell of ozone.

Back at the cottage Ivan try to tell his wife what has happened but she think he must have had an unusual dream. Next morning Ivan visit the landing site together with the farmer Oskar. They find three deep impressions in the soil with a depth of 30 centimeter and 20 centimeter i diameter. Vegetation was pressed in a circle measuring exactly 12 meters in diameter. 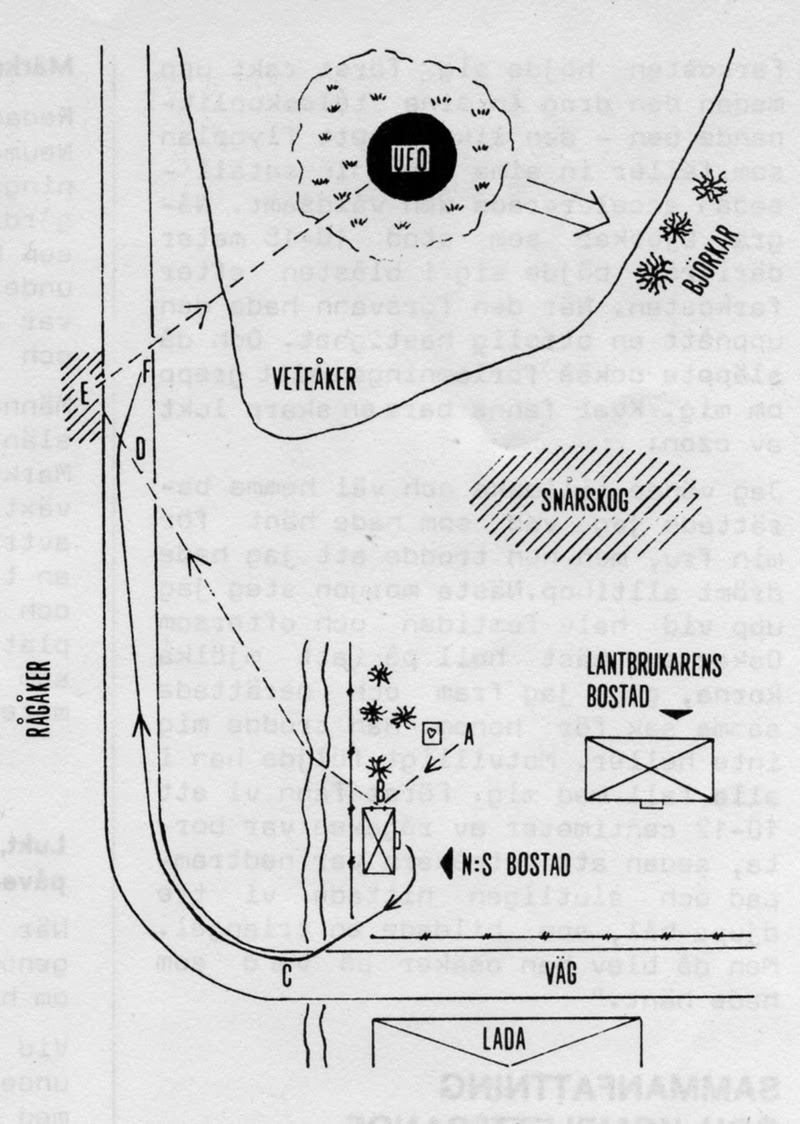 This is just one of several hundreds of interesting, and so far, unexplained cases in the AFU report archive. I cannot of course vouch for the authenticity of the case but it is a good example of the type of close encounter reports in the archive I hope the new generation of field investigators will reopen and try follow up, even though many years have passed. Last Saturday UFO-Sweden chairman Anders Berglund visited AFU with this objective in mind. This time to find older reports to present at the UFO-Sweden annual meeting and expo in Östersund, Saturday May 17. 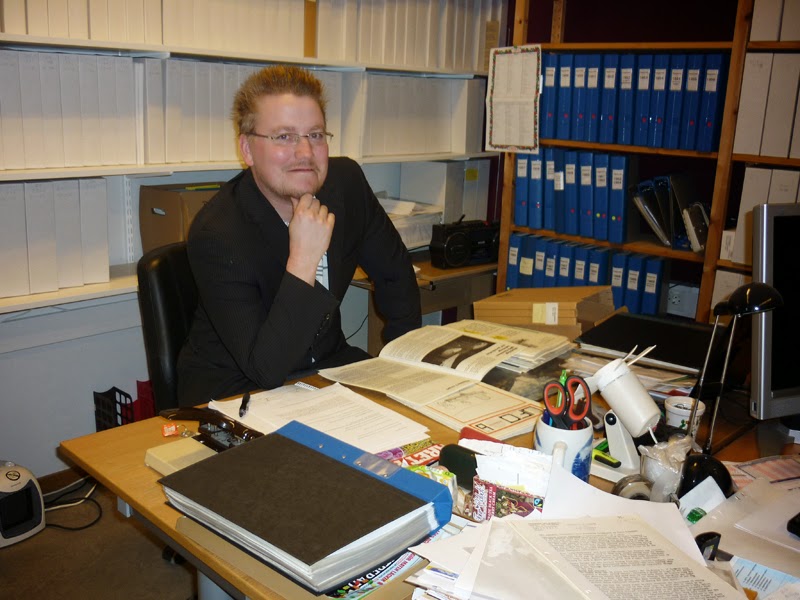