AFU has been formally in existence since March 17, 1973. When working together during 40+ years it´s only natural that various traditions develop within the foundation. Thanks to Tobias Lindgren, now living close to the archive, we can add a new tradition to the list. Yesterday fourteen participants celebrated the AFU annual Christmas lunch and party. Tobias, Leif and Li had been working hard to prepare an excellent meal that we all enjoyed. I was especially pleased with the new Fortean beer called Yeti. A good alternative to my usual Hobgoblin. 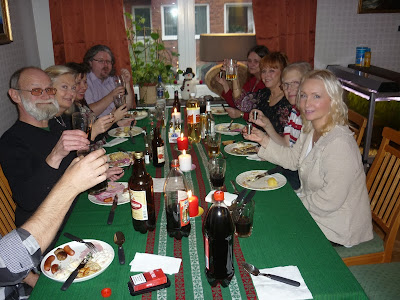 The first table with the happy AFU gang 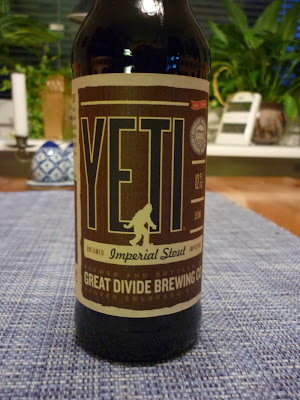 With my new book now soon in print the next project will be to rearrange the large AFU organizational files which hopefully will result  in an extensive monograph on the AFU history and development. The seven shelves with binders containing various historical documents, protocols, articles and correspondence will have to be better structured. It is only one of hundreds of projects in the archive but this one is high on my priority list. 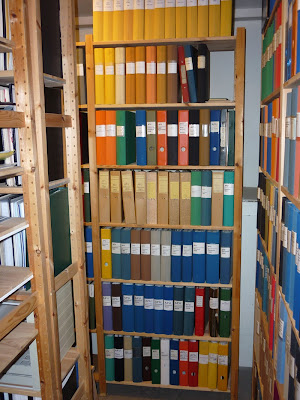 While perusing some old correspondence I found several historically interesting letters written by our AFU co-founder Kjell Jonsson, who sadly died already in 1986. These letters were written in 1974 when we were still not sure of what direction AFU should take. Our aim was building a foundation for serious UFO research in Sweden but in 1974 both Anders Liljegren and I were occupied with personal and practical issues. Our magazine Ufologen was folded in the Spring of 1974 and in the Autumn I moved to Stockholm and began my studies at Stockholms University.

The practical work of keeping AFU alive then for a time rested on the shoulders of Kjell Jonsson. And it was in the beginning of 1974 that he got the brilliant idea of starting a UFO library. In a letter written February 12, 1974 to a Swedish ufologist  he tries to explain the situation: "I am now the only active AFU representative. AFU has closed down all former activities, our magazine Ufologen and field investigations. Instead I am presently engaged in planning a lending library of books and magazines and will also serve ufologists with copies of magazine articles." This was the beginning of what later became the large archive and library. So the credit for this idea should go to Kjell Jonsson who kept AFU going during the first years.


Later Anders Liljegren and I resumed our UFO research activites, especially when AFU moved to new premises in Norrköping in 1980. And beginning in the 1980s we were often interviewed on radio and TV and in magazines and newspapers. The collection of articles on AFU is quite extensive and is for me a source of both amusement and fascinating history. 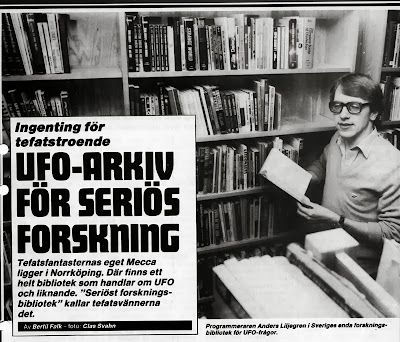 Anders Liljegren interviewed in Teknikmagasinet no. 5, May 1984 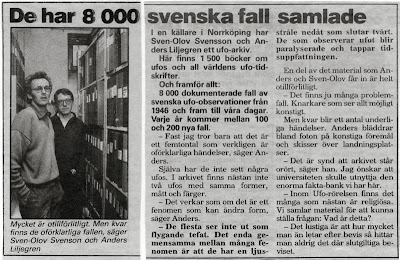 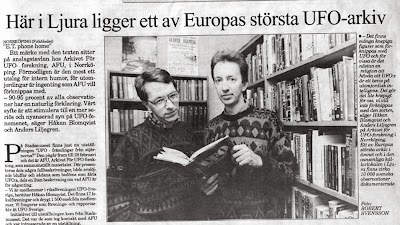 Anders Liljegren and I interviewed in Folkbladet February 12, 1993