Return of the Gods. UFOs and the Esoteric Tradition

The title of this blog entry is an English translation of Gudarna återvänder. Ufo och den esoteriska traditionen, my new book that will be published in December by the Swedish books-on-demand publishing house Nomen förlag. To my knowledge this is the first extensive study of how ideas and assertions in the esoteric tradition has influenced the UFO movement, both from a scholarly and philosophic perspective. But it is also an attempt to formulate a variation of the esoteric intervention theory, presented by Jacques Vallee in several books and articles. In this respect it will certainly be the most controversial book I have ever written. The eye-catching cover with retro feeling has been designed by Tobias Lindgren, head of the UFO-Sweden report centre. 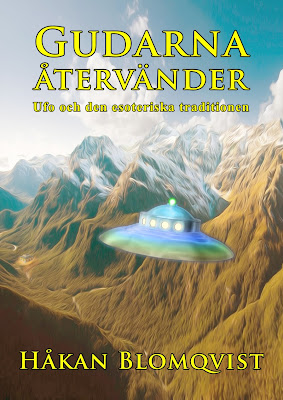 The ideas presented in this book have actually, in various ways, been on my mind since the end of the 1970s, as evidenced by my article The Esoteric Intervention Theory - a Preliminary Source Study, published in AFU Newsletter 1980. Two profound interests or passions have followed me all my life, the fascination and active field investigative work with the UFO enigma and a vivid search for a tenable worldview and philosophy. Gudarna återvänder (Return of the Gods) is a synthesis of these two interests and subjects. And as Jacques Vallee stated in the preface to Passport to Magonia - this is not a scientific book.

Historians of Religion will find lots of new information on the early contactee movement, folklorists will regard the study as a compilation of ideas from the neoreligious underground, scientifically oriented ufologists will find new avenues of research, scholars of esotericism will probably be delighted by the many new and unknown documents and skeptics will find new data, experiences and ideas that will increase their skepticism. Two of the chapters have in somewhat abbreviated versions been published in UFO-Sweden´s magazine UFO-Aktuellt. A study of how the Swedish UFO movement was started by members of the Theosophical Society (Adyar) (UFO-Aktuellt no. 4, 2012). And in the latest issue of UFO-Aktuellt (no.3 2013) a presentation of the spiritual quest of ufologists Allen Hynek and Jacques Vallee and their profound interest in and commitment to the esoteric tradition. 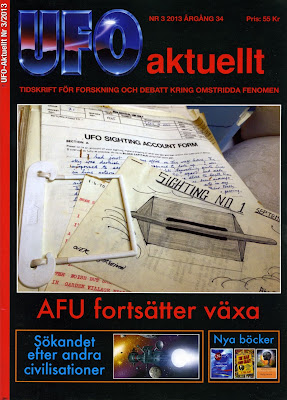 In the history of ufology there have been some attempts to study and interpret the UFO phenomena in an esoteric context. But most of these studies have been made by esotericists with limited knowledge of UFO history and no field investigation experience. Desmond Leslie did an admirable first attempt in Flying Saucers Have Landed and his Commentary of George Adamski in the revised and enlarged edition 1970. Esotericist Dr. Douglas M. Baker in The Occult Significance of UFOs (1979) interpret UFOs basically as deva manifestations. David Tansley in Omens of Awareness (1977) has many interesting data but his interpretation of physical Nordic type contacts is a combination of Castaneda, psychology and John Keel´s elementals. 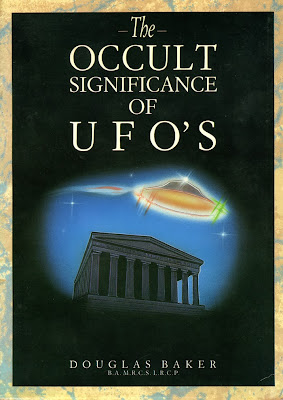 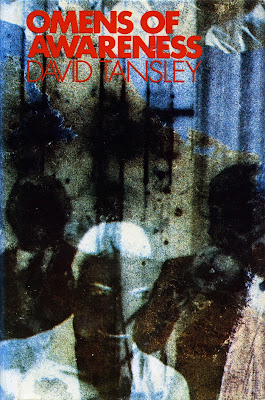 The books by Australian author Andrew Tomas is something of a treasure trove of unusual data on UFOs, ancient history and esotericism, but he relied heavely on Nicholas Roerich. In my view one of the most interesting investigators of UFOs and the esoteric tradition is Riley Crabb, Theosophist and director of Borderland Sciences Research Foundation 1959-1985. All these authors and many more find their place in my book. 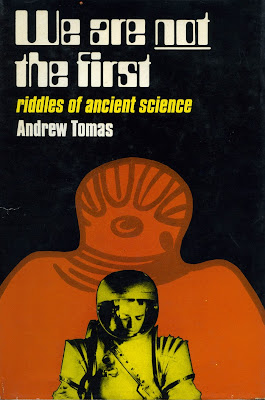 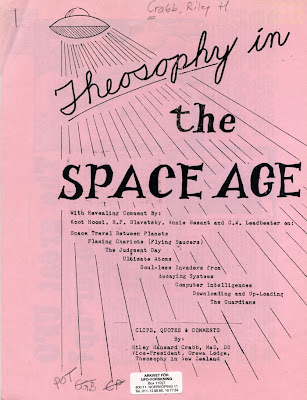 As a critical but open minded investigator of UFOs, paranormal phenomena and esotericism I consider it important to give a position statement on the very controversial esoteric tradition. Basically a humanist I regard the esoteric tradition as an interesting working hypothesis or alternative paradigm. But in my view it is a tradition worthy of consideration and investigation. Return of the Gods is a contribution to this study. Coming generations of ufologists, scholars and esotericists will determine whether The Esoteric Intervention Theory is tenable or a myth.
Posted by Håkan Blomqvist at Tuesday, November 26, 2013