On June 17, 1989 K. Gösta Rehn died in Stockholm, 97 years old. He was the grand old man and pioneer of UFO research in Sweden. Already in 1978 he donated part of his collection of books and magazines to AFU and he told his daughter, Greta Frankel, that the remaining files, mainly consisting of correspondence, would go to AFU after his death. On August 27, 1989 Anders Liljegren and I went by car to his apartment in Bromma, outside of Stockholm to collect the rest of the donation. We were surprised to find only a few books and magazines. Greta Frankel told us that she had dumped all correspondence in a container in the backyard about a week ago. Disheartened we walked to the back of the house. And there was the container with 32 binders filled with invaluable correspondence with UFO witnesses, ufologists and scientists from all over the world. We were overjoyed at our luck. This immensely fascinating collection is now housed at AFU and all correspondence has been digitized. Of special interest are the many letters from Jim and Coral Lorenzen, as K. Gösta Rehn was APRO representative for Sweden. The APRO archive is unfortunately not accessible to the UFO community. 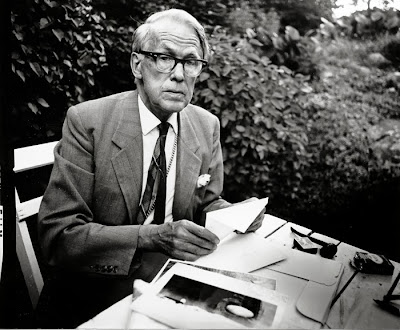 K. Gösta Rehn was born in 1891 and exhibited musical talents when very young. He played violin and piano and was part of the student choir when Marie Curie received the Nobel prize in Chemistry 1911. His dream was to enter a career as consert pianist but the family economy ended his dreams and he was persuaded to study Law instead. In 1919 he received a scholarship and travelled to the United States to study Law and Economics. At Fordham University he earned the degrees of bachelor of law and bachelor of arts. He married in New York 1922 and the couple had one daughter, Greta Frankel. The depression of the 1930s was a hard time for the Rehn family and he was often out of work. The marriage ended and he returned to Sweden in 1939.


K. Gösta Rehn was an intellectual and erudite scholar. He was well acquainted with the latest works in Humanities as well as Natural Science and wrote articles on economy, neurology, sematics, philosophy and psychology. In 1954 he read Donald Keyhoe´s classic Flying Saucers From Outer Space and became intensely fascinated by the UFO enigma. Rehn made a Swedish translation of the Keyhoe book which was published in 1955. In spite of his aversion to religion and occultism (he was a hardline atheist, materialist and socialist) he became an active ufologist, field investigator and Swedish representative for Aerial Phenomena Research Association (APRO) in 1958. 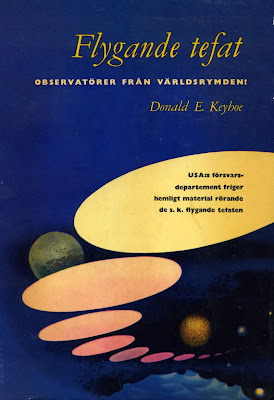 Already in 1960 he had the manuscript to his first book ready but it was not published until 1966. De flygande tefaten. Dokument och teori (The Flying Saucers. Documents and Theories) was the first scientifically oriented UFO book published by a Swedish author. It was very well received in the Swedish press. Rehn tried to interest scientists and intellectuals to tackle the UFO problem. In the extensive correspondence there are letters to famous Swedish scientists like Tord Hall, David Ingvar, Tor Ragnar Gerholm and Ingemar Hedenius. He made his ideological position very clear from the start: "I assert that the saucers are actual craft. That they come from outer space is the only reasonable hypothesis." Rehn was also convinced there was a cover-up by the CIA. 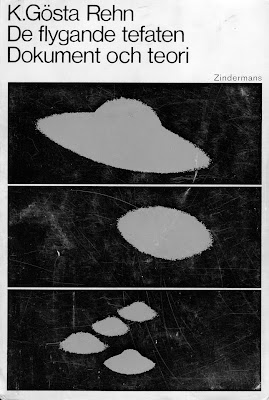 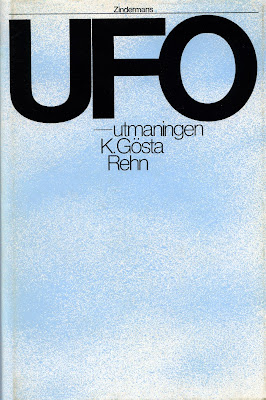 There was three more books from the pen of K. Gösta Rehn. UFO-utmaningen (The UFO Challenge) was the last one published in 1976 when his bad eyesight ended his ufologicial career. As an atheist and materialist Rehn regarded the theories of John Keel and Jacques Vallee as "a terrible blind alley". He fought furiously against anything that could be regarded as occultism in ufology. The ETI theory was the only scientifically acceptable. His assessment, in a letter to Coral Lorenzen, of the books by contactee Daniel Fry was "three masterpieces of drivel". But in his last book he was obviously intrigued by the reports of humanoids who could breathe in our atmosphere and walk on earth without difficulty. "Could they come from our own planet? But how?" 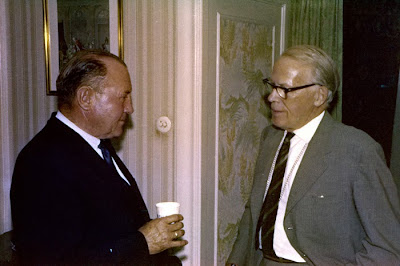 Daniel Fry (left) in conversation with K. Gösta Rehn in 1970

K. Gösta Rehn was, in spite of his materialistic philosophy, a visionary. In his 1972 book he writes: "The saucers give us inspiration, a promise of contact with cosmos." He used to say  the he experienced the mystical in his love for music. In the Rehn files in AFU I found a document from a Swedish employer giving this assessment of his character: "Hard working but something of a dreamer".