Since my latest blog entry on Rudolf von Linauer and the mystery of his Tibetan journey in the 1930s some new information have appeared. I still have not found the smoking gun, definite evidence that he visited Tibet but various types of circumstantial evidence indicating travels in Asia and a wide knowledge of Chinese culture. After many contacts and exchange of data with Rudolf von Linauer´s daughters, Kristina in Stockholm and Monika in Florida, some more pieces to this intricate puzzle can now be added.

The ultimate question is of course whether there is any truth to Rudolf von Linauer´s claim of visiting a secret Tibetan monastery and witnessing a group of lamas lifting heavy stones with the help of sound waves. He told of this experience in an article in the Swedish daily Stockholms-Tidningen, September 17, 1939 and also during a lecture at Internationella Klubben (The International Club) in Stockholm some time in the autumn of 1939. The archive of Internationella Klubben is preserved at the Stockholms City Archives but so far they have not answered my request for information regarding the Linauer lecture in 1939. 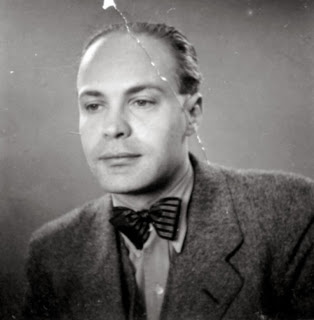 In my former blog entry on Linauer I mentioned the article from Idun magazine. Unfortunately the issue and year was not correct. When I checked this reference there was no article and photos from the Linauer home in Stockholm. Instead the interview was printed in Idun no. 48, 1942. In this article Rudolf mention his love of Chinese culture and that he spent three years in China. Obviously he was an expert on Chinese art evidenced by his book Solens rike (Das Reich der Sonne) published in Sweden 1939. It is a study of classic Chinese artists and their spiritual message. Searching the internet I also found that Rudolf von Linauer was "advisor" to the 1937 movie Alarm in Peking. This is a clear indication that he was well informed on China and its culture and support his claim of living three years in that country. 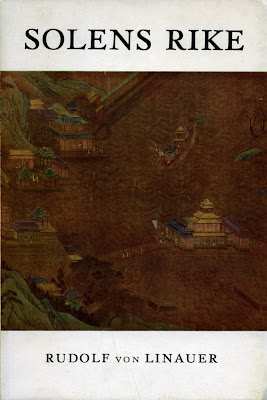 This is also supported by his personal biography Inquisition Berlin Alexanderplatz, preserved as manuscript at Houghton Library, Harvard University. I bought a copy of this 48 pages German manuscript which arrived from Harvard University recently. It has this short presentation: "A widely travelled architect, the author expresses his astonishment and disgust towards the Nazi movement after returning to Germany in 1934-1935. In a loosely structured, impressionistic manuscript entitled "Inquisition Berlin Alexanderplatz", he describes the process of Nazi takeover and how people around him make their peace with the new regime. Most of the manuscript is taken up with his description of his sudden arrest and incarceration in a concentration camp."

I believed this manuscript only covered Rudolf´s years in Germany but it also has a short biography of his life and travels around the world. The manuscript is now being translated from German to Swedish by my old friend Hans Abrahamsson. Here are a few relevant quotes. The original beautiful poetic quality of his writing is unfortunately lost in translation: "All the follwing years were filled with lots of work, living, experiencing, witnessing and searching, wandering and waiting. Many Metropolis offered me work and presented enigmas. Many Nekropolis was even bigger enigmas - Jujuy the old Aztec city on the slopes of Cordilleren-Chanig, the priest city of the buried alive in Himalaya - Tachanio, the underground kingdom of eternal fire at the foot of Kwen-Lun...Behind me was one and a half year of work in Peking... Behind me was nine months travel and residence in Tibet. Weeks of travel on waddling camels, on calm and sluggish oxen and on foot over stone and sand deserts... A month stay at the Dugpa monks monastery, embedded in a deep valley... In this monastery with documents and artifacts from epochs no European ever heard of. "

According to a second interview in Stockholms-Tidningen Rudolf von Linauer could enter Tibet because of help from his Chinese friends who were members of a secret society. He was allowed to visit a secret monastery unknown even to many Tibetans. Of these monks he says in the interview: "A usual opinion is that these monks must know very little of what is happening in Europe, but that is not the case. On the contrary they have detailed knowledge on what is happening and are in constant contact with a secret society in Scotland. Two of the white men who visited the inner of Tibet before me were Scottish." 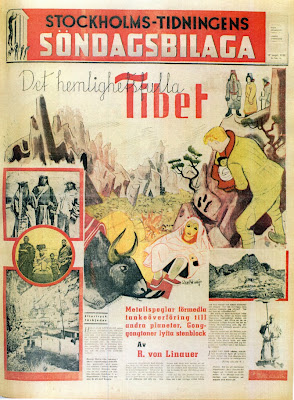 Whether it will be possible to find any more details on this mystery is an open question. There are a few more clues to follow up. In the literature of the esoteric tradition there are many references to a now forgotten knowledge of lifting heavy stones with the help of sound. A knowledge preserved by the custodians of the ancient wisdom, maybe one of the secret societies referred to by Rudolf von Linauer. Alice Bailey, amanuensis for the Tibetan writes in Letters On Occult Meditation: "The laws that govern the erection of large buildings and the handling of great weights will some day be understood in terms of sound. The cycle returns, and in the days to come will be seen the re-appearance of the faculty of the Lemurians and early Atlanteans to raise great masses, -  this time on a higher turn of the spiral. Mental comprehension of the method will be developed.. They were raised through the ability of the early builders to create a vacuum through sound, and to utilise it for their own purposes." (p. 249-250)

Whatever the truth of these assertions we can still enjoy the mystery of the Rudolf von Linauer story and his artistic talents. I found many of his illustrations in the Swedish novel Misstänkt (Suspected), published in 1947. 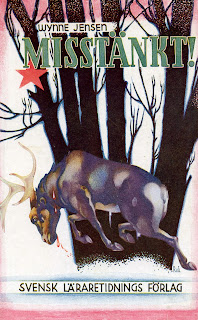 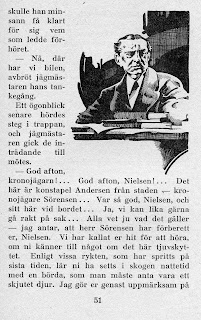 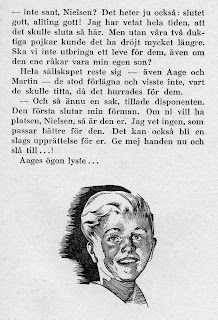