The change comes from space

Whatever the nature and origin of UFOs the phenomenon has made a deep impact on our culture, both from a sociological and psychological viewpoint. There has been a military response to the sightings, a scientific response and a neo-religious response from various new age-groups. But perhaps most visible to the public has been the establishing of a new sub-culture of societies, the global community of UFO organizations, with books, magazines and conventions. There are now many scholarly studies of the UFO movement and biographies of well known ufologists. But, to my knowledge, very few studies have been made regarding the psychological effects of close encounter experiences. Basically, does the UFO observation result in any permanent change in outlook on life or behavior of the witnesses?

During my many years as field investigator I have met with a wide variety of witness response to close encounters. For many witnesses the experience has been transformative in the sense that it engendered new interests and social contacts. Such was the case with Peggy Robert (1936-2010), a Swedish woman I interviewed in Norrköping on September 1, 1984. She later took the surname Medani. 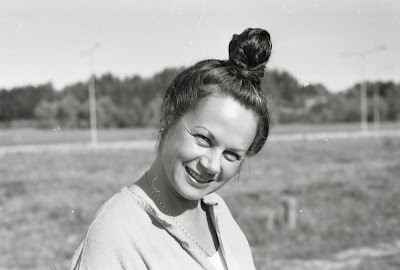 On a chilly September evening in 1973 Peggy is travelling by car to meet a friend living in Kilafors, in the province of Hälsingland. Between the municipalities Gysinge and Sandviken she notice a bright blinking light on the left side of the road. Peggy´s first thought is that this may be a helicopter. The light follows the car and not far from the small locality Årsunda she gets a closer look at the light and now an object appear in clear view. It has the classic saucer shape with windows around the brim, from which comes a yellow light. The object is of a silver grey colour. 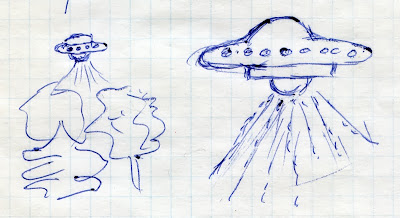 Peggy´s drawing of the object 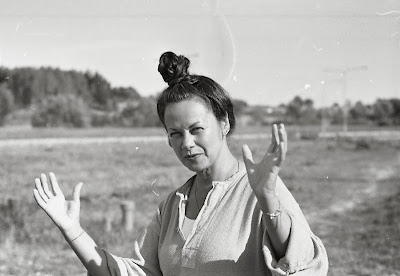 "The UFO followed gently over the houses in towards the community. I didn´t dare to continue the trip into the forest again but stopped to see what would happen." Peggy parks her car close to a house and decides to alert the people living nearby but change her mind as it is very late, close to midnight. She studies the object for about twenty minutes sitting in her car with the window open. There is no sound as the object is oscillating and bobbing up and down, very close, at treetop level. . Peggy estimates the diameter to about 10 meters. Underneath is a blue white light shining down like a spotlight. In the yellow light from the windows Peggy notice entities moving back and forth. She can´t see them clearly, only the upper part of the entities and in silhuette. "I must confess that I felt very solemn and peaceful. I was entirely exalted and happy."

After some twenty minutes Peggy decides to continue the journey and the object disappears behind the forest. But not far from Sandviken, close to lake Storsjön, the object is visible once again and now makes a turn just a few meters above the car and then fly away over the lake. When Peggy arrives at Kilafors she is totally exhausted. She just want´s to sleep. "When I got into bed it felt like a arrow of force in my body, going from the feet, up the spine and to the head. There it circulated and at the same time my body felt like a big lump of dough floating out over the bed. It was an unpleasant experience. Suddenly the arrow of force turned and went down the spine again and out from the feet." After this had happened Peggy fell asleep. 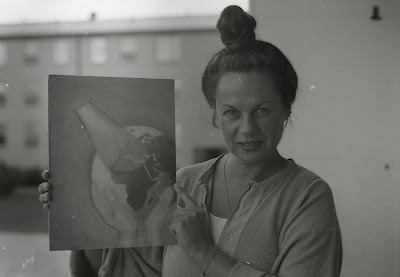 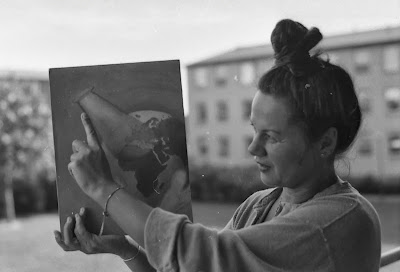 This UFO observation became a turning point in the life of Peggy Robert. Before this happend she described herself as a typical ego tripping materialist basically interested in expensive clothes, jewellery, cars and the good life. "Now I knew there was something else in other dimensions, life that is different and more evolved... After this contact with the UFO I couldn´t accept Christianity as presented in the churches. Now I started an intensive period of searching." Peggy contacted many alternative religious and spiritual groups. She went to India to meet the Indian guru Sai Baba and for a time found inner peace with his teachings. Back in Sweden she studied alternative medicine, Reflexology, Acupressure and nutrition. After this she started working at various health resorts helping people with both physical and psychological problems.

Peggy Robert obviously had good talents for both physical and spiritual healing and she became quite well known and appreciated among collegues and clients. In a biographical article in the large daily Norrköpings Tidningar June 15, 1985 she was described as a philosopher and health prophet interested in the mysteries of the universe. During her last years she worked at Wettershus resort, owned by the Mission Covenant Church of Sweden. After her death in November 10, 2010 a pastor at the church decribed Peggy in obituary as an open minded searcher who combined wisdom from spiritual teachers from all over the world.  "She doesn´t look like a member of the church, but if anyone has love, it´s Peggy". 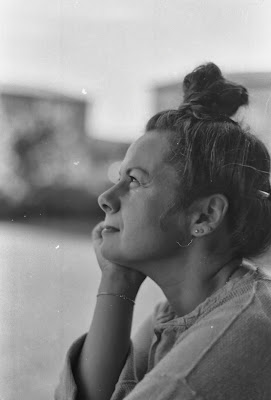 So what actually happened to Peggy Robert on that cold September night in 1973? A crisis vision? Misinterpretation of an ordinary object? Or was there interaction with an unknown craft resulting in both profound physiological and psychological effects? Peggy was convinced that highly developed beings from other planets was responsible for her experience. Many times during my interview she reiterated "the change comes from space". We are given a helping hand but it is up to us what we do with this help. Whatever happened to Peggy the UFO experience made her a loving idealist, philosopher and a friend and comforter for many.

For the student of the esoteric tradition the sentence "the change comes from space" has a special significance. In several of the books written by Alice Bailey, as amanuensis for the Tibetan, there are many almost prophetic statements regarding the coming intervention of interplanetary beings. These statements were received before the beginning of the UFO era in 1947. So far as I am aware no ufologist or scholar of esotericism has associated these quotes with the large increase of UFO sightings after 1946/47. Especially in Bailey´s The Externalisation of the Hierachy there is much discussion whether the planetary guardians, adepts or custodians of The Ancient Wisdom will succeed in recieve help from interplanetary sources in the crisis period 1933-1945. Here are a few relevant quotes (1981 edition):

"Thus will the work of the Hierarchy be facilitated and the door opened to the regenerative forces of those extraplanetary beings who offer their help at this time and particularly during 1936" (p. 25, April 1935)

"Hovering today within the aura of our planet are certain great spiritual forces and entities, awaiting the opportunity to participate actively to the work of world redemption, re-adjustment and reconstruction." (p. 222, April-May 1940)

"Certain great energies of extra-planetary significance who stand ready to intervene should the spiritual invocation or the distress of humanity reach the pitch of evocation". (p. 392, April 1943)

"That contact has now been established as a result of the inflow of certain extra-planetary forces". (p. 525, January 1946).

These are only a few quotes from the many Alice Bailey volumes that speak of a coming contact and intervention from interplanetary beings. Whether these quotes have any connection to the UFO phenomenon can only be a speculation. But maybe Peggy Robert had a point when she told me: "Don´t forget, the change comes from space!".