AFU and the Evans library

December 13, 2010 was a momentous day in AFU history. We were celebrating our annual festivity on Saint Lucy´s Day with coffee, mulled wine and gingerbread when a truckdriver from Schenker called and said he was waiting for us to unload some pallets. The AFU staff put on their winter clothes and walked up to the lorry and were met with a sight the like we have never encountered before. In the snow stood eleven pallets with 235 large and heavy boxes. Luckily we were ten AFU people who helped carrying these boxes. But it was a tough job in the snow and icy stairs down to our basement premise. Still it didn´t take us much more than an hour to get everything in place. We sure needed more coffee and mulled wine after this exercise. 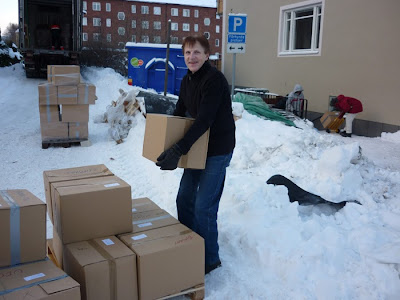 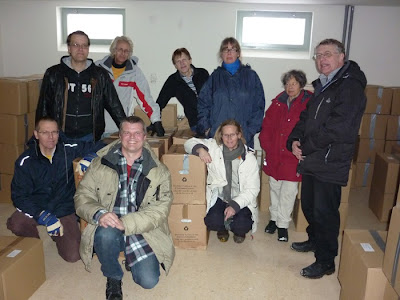 We now had a double reason for celebrating, because the 235 boxes contained the largest donation of material received in AFU history. More than 9.000 books and thousands of rare magazines from all over the world. This superb collection was donated by Hilary and Mary Evans of London. We are honoured och proud that AFU was chosen as the custodian of this immensely valuable collection covering subjects like UFO, forteana, folklore, parapsychology, paranormal phenomena, ancient mysteries, mysticism, esoterica and a host of other subjects. Mary Evans died in 2010 and Hilary in 2011 but I hope that from their celestial spheres they are satisfied with our work to preserve this important heritage.

During 2011 we worked hard to build up the Evans library in a special premise. We bought new shelves and when the books were in place it certainly looked like a very nice, classic library. Then fate struck. During the night of July 23, 2011, Norrköping experienced one of the worst rainfalls in history and three of our basement premises were flooded, one of them the new Evans library. Luckily one of the neighbors living in the same house as the Evans library called my AFU collegue Anders Liljegren in the middle of the night and thanks to his heroic efforts only a few of the books from the Evans collection were damaged. I dare not imagine what would have happened if our neighbour hadn´t made that telephone call. Four days after this deluge, on July 27, Hilary Evans died - a tragic and absurd co-incidence. 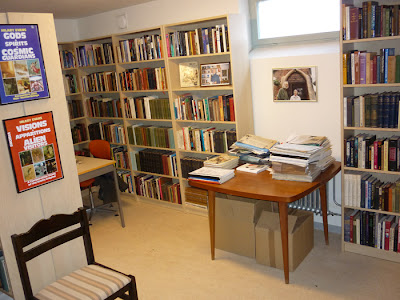 The first Evans library -before the flooding

Because of the flooding two of our premises needed a total reconditioning, an archivist nightmare. All books, shelves and furniture were cramped in other premises. When the restauration was finished we decided to move the Evans library to a larger and safer premise. Better safety measures will hopefully not get us into this situation again. The new Evans library is now being structured and catalogued according to our new Phenomena Code classification system. And I have also started decorating the library with photographs, paintings and other illustrations. 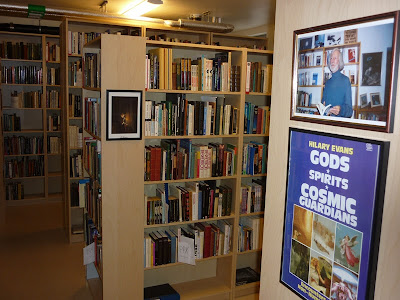 Part of the new Evans library 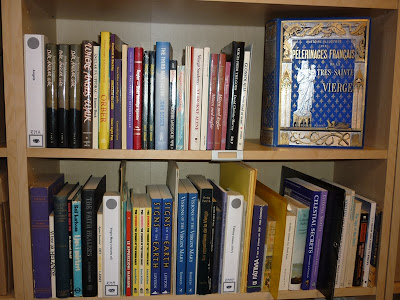 As librarian I find it a feast both for the eyes and mind to peruse the shelves in the Evans library. Hundreds of rare and unusual books I have never seen or even heard of before, many early tomes from the 18th and 19th century. A treasure trove for scholars of various disciplines and anyone researching the unsolved mysteries of our world. This collection is in some respects even pre-eminent what can be found at the largest university libraries in Sweden. Regarding magazines I notice for instance a complete set of Proceedings for the Society of Psychical Research from 1882 in clothbound volumes and the beautifully illustrated magazine The Medium 1872-1882. 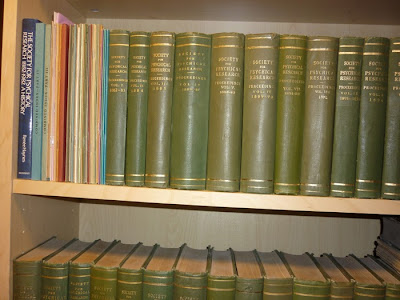 SPR Proceedings in the Evans library 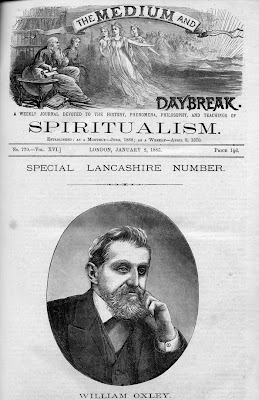 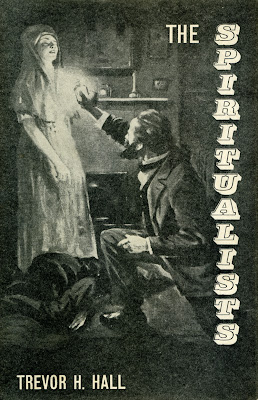 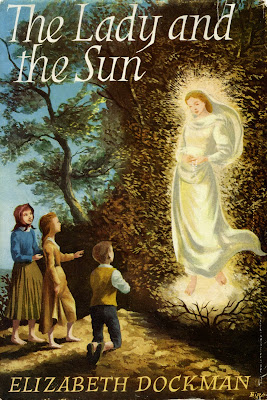 Hilary Evans visited AFU in October 1996 and we discussed his research and theories, later printed as an interview in UFO-Aktuellt. He didn´t want to be labelled ufologist as his foremost interest was paranormal phenomena. Already in 1960 he had joined The Society for Psychical Research, later becoming a member of the board. Hilary Evans was an advocate of the skeptical psycho-social theory regarding UFOs, but he represented skepticism at its best: erudite, open minded, humble. He was no debunker but stressed several times during our talk the importance of looking at new data and possibilities. When asked for an advice to Swedish ufologists and field investigators he said, never become a rigid dogmatist, be open minded - totally open minded. 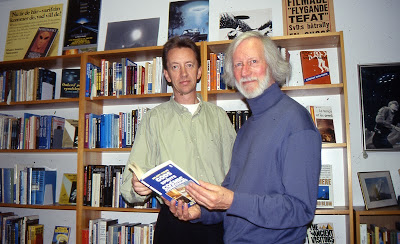 Several books came from the pen of Hilary Evans. Two of my favourites are Visitors, Apparations, Alien Visitors (1984) and Gods, Spirits. Cosmic Guardians (1987). But he was also, together with Dannis Stacy, editor of UFOs 1947-1997, published by Fortean Times (1997). We oldtimers here at AFU will always remember him for his kindness and generosity. And I believe he would have approved of our new name Archives for the Unexplained, a name which actually was suggested to us by Hilary. 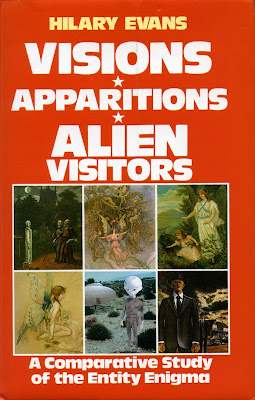