Värmland, Sweden, is known as the province of writers, artists and mystics. During the first week of our holiday my lady Susanne and I decided to visit this part of Sweden which also includes my birthplace Karlstad. One of our destinations was the famous Rackstad Museum, not far from the city of Arvika. This part of Sweden was for many years the home of the Rackstad Colony of artists. Of special interest to me was to learn more about and view some of the paintings of Gustav Fjæstad (1868-1948), who together with his wife Maja were active in the Theosophical Society (Adyar). Theosophy had a strong influence on many Swedish authors and artists in the beginning of the twentieth century. Here we find poet Gustaf Fröding och internationally acclaimed author Selma Lagerlöf, both from the Värmland province. 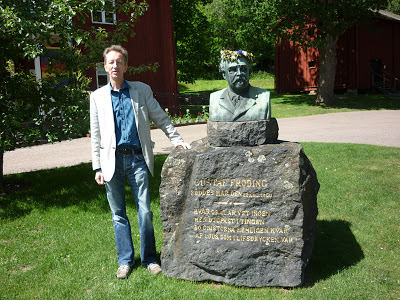 It was with a deep sense of "mystique" Susanne and I enjoyed watching the magically beautiful paintings of Gustav Fjæstad. We bought a reproduction of "The Riddle of Life" (1919). If esoteric philosophy is defined as an aspiration towards the good, the true and the beautiful then the art of Gustav Fjæstad is an outstanding illustration of the ancient wisdom. There are many reproductions of his paintings found on the internet but nothing can compare with the experience of beholding an actual painting. Fjæstad´s creations are, in my opinion, real art - trancendent beauty and harmony. 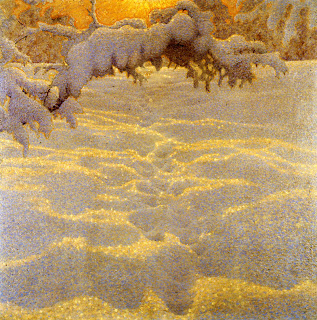 Gustaf Fjæstad, The Riddle of Life

A lodge of the Theosophical Society (Adyar) had been founded in Arvika by pharmacist Hjalmar Juhlin and in 1909 Gustaf Fjæstad and his wife Maja became members. Several artists from the Rackstad Colony joined this lodge. Gustaf was one of the most active members and often lectured on various aspects of the ancient wisdom. The Gustaf and Maja Fjæstad Collection of manuscripts, correspondence, photographs and press clippings can now be found at the National Library of Sweden. 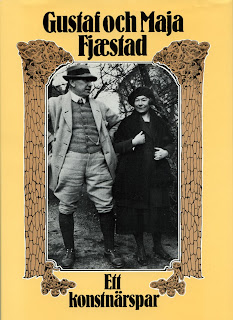 As several of the artists who settled in the Rackstad Colony were theosophists this group could very well have developed along the line of the cooperative community in Halcyon, California. The Temple of the People was a splinter group of the theosophical movement, founded in Syracuse, New York by William Dover and Francia LaDue in 1898. They moved to Halcyon, California in 1903 and created the still existing community. The Temple of the People was a unique blend of more or less utopian ideas in science and religion with strong socialist or left-wing basis. The history of the group has recently been documented by scholar Paul Eli Ivey in his book Radiance From Halcyon (2013). 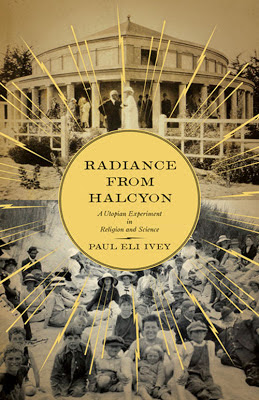 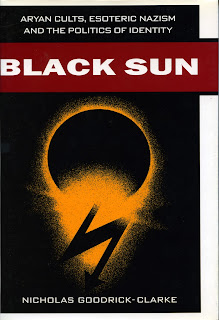 In recent years there have been several scholarly studies of socialist or left-wing political ideas in esotericism. Author Gary Lachman finds that still many people associate "occult politics" with fascism. In Politics and the Occult he tries to give a more balanced view: "One of the things I hope to show in this book is that there was a progressive left-wing occult politics as well, although, to be sure, it has gone comparatively unnoticed."

Why the obviously left-wing or socialist ideas in the esoteric tradition have been "comparatively unnoticed" is hard to understand. Anyone aquainted with the tomes of Alice Bailey must have noticed the critical views on capitalism and competetive society and the defense of the labour movement and social democracy. This is perhaps most evident in The Externalisation of the Hierarchy. Here are a few quotes:
"... the Master who started what is called by you "the labour movement". This is regarded by the Hierarchy as one of the most successful attempts in all history to awaken the masses of men." (p. 664)

"It is interesting to have in mind that today labour functions internationally; it is a group which learns with rapidity and has in it the seeds of vast good; it is probably the group which will place goodwill in the forefront of human thinking..." (p. 647)

"Socialism can degenerate into another form of totalitarianism, or it can be more democratic than the present expressions of democracy... the socialist point of view... a mixture of nationalisation of the public utilities and of free enterprice - a combination which may have true value, if preserved." (The Rays and the Initiations, p. 747)

It will be interesting to see whether communities or radical political groups to the left will once again derive their inspiration from the esoteric tradition as was evident in the beginning of the twentieth century. The extreme neo-liberalism, capitalism and consumerism of todays society is a challenge to radicals in presenting new ideas and political solutions. Hardline communism and materialist Marxism have been tried and have lost its appeal for most people. A new deeper vision involving democracy, goodwill and sharing could very well emerge from students of the ancient wisdom. 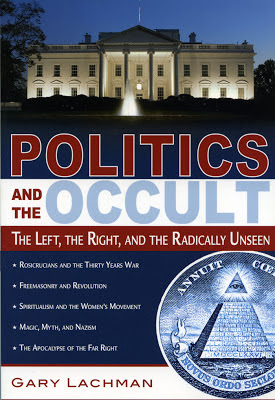