For several years I have experienced a growing frustration over the fact that so few of the old american contactees have been investigated and documented by serious ufologists in the USA. The most controversial of them all, George Adamski, have been more seriously studied only by ufologists from other countries, Timothy Good and Tony Brunt. In spite of these efforts there are many questions unanswered regarding Adamski. 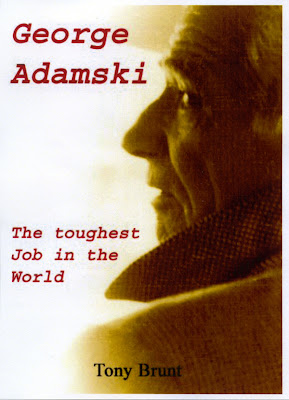 Let me give one example that I have not seen mentioned by any ufologist. In 1949 och 1950 two small booklets were published by the american contactee Eugen Drake, director of The Fellowship of Golden Illumination in Los Angeles. The first booklet was called Visitors From Space. There is no publishing date printed but it must have been 1949 or early 1950. The second booklet, Life on the Planets. A Visit to Venus has 1950 as the publishing year. 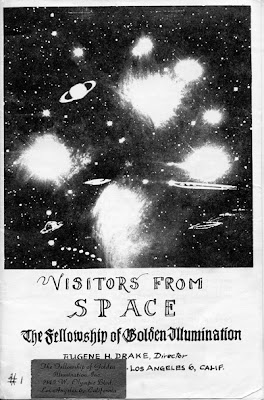 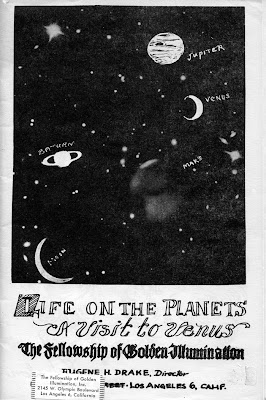 In one of the first pages of Visitors From Space there is a very interesting drawing of various types of "flying saucers". One of these craft is obviously the same type of bell shaped "venusian scout ship", with three spherical "landing gear" underneath, described and photographed by George Adamski. But as far as I know Adamski never showed any photographs of this type of craft until 1952. And this booklet was published in 1949 or early 1950. So George Adamski was not the first to describe this bell shaped saucer. Did Adamski know of Eugen Drake and his booklet? 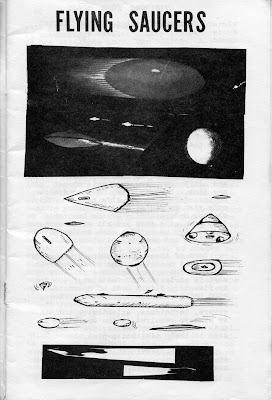 I have tried to find more information on Eugen Drake, his organization and experiences. But there is very little in books or on the internet. In Visitors From Space he writes: "For a long time space craft have had this planet under observation. We have been in contact with them since 1930. At that time we were in Santa Monica, and contact was made in a large field." In the AFU archive we have one letter (1962) from Eugen Drake to Edith Nicolaisen, head of the swedish new age publishing firm Parthenon. But it gives very little additional information.

My hope is that american ufologists in California or the US begin a systematic study and documentation of the early 1950ies contactees. I would like to see well researched biographies of Orfeo Angelucci, George Van Tassel, Daniel Fry, Truman Bethurum, Howard Menger and others. Many of the witnesses and participants are now gone but there is still time to interview several of the people involved before the data is lost. There are many unanswered questions and real riddles regarding these individuals. 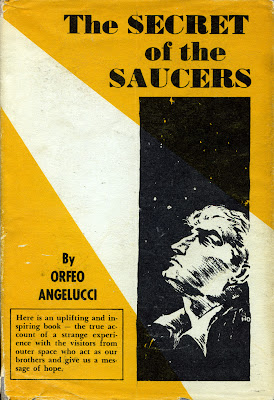 Unfortunately many scientifically oriented ufologists neglect the study of contactees. But here it is not a question of belief or disbelief but to get a better understanding and knowledge of the contact phenomenon, whatever the answer.