Next year, 2020, UFO-Sweden will celebrate its 50 years anniversary. Our national UFO research organization was founded in April 1970, and is still very much active and growing in membership. An impressive achievement from an international perspective. During these decades there have been many ups and downs, crises and controversies. A seminal event in the history of UFO-Sweden was the annual meeting in 1991. A vocal group of New Age enthusiasts and contactees within the organization wanted UFO-Sweden to promote a neoreligious, New Age ideology. Fortunately the members preferred the critical, but open minded research approach and voted for journalist Clas Svahn as the new chairman. The annual meeting in 1991 became a watershed in the history of UFO-Sweden. 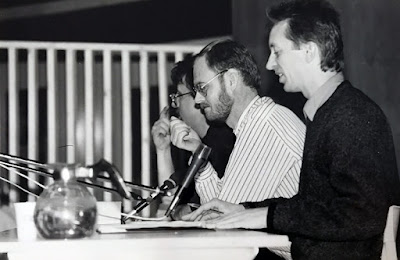 Beginning in 1988 a wave of rather extreme New Age-ufology spread rapidly in Sweden. Retired high-school teacher Sune Hjorth promoted the messages of contactee Eduard (Billy) Meier, adding various anti-Semitic conspiracy theories. It was no surprise to learn later that Sune Hjorth had been a member of a Swedish nazi organization in the 1940s. Contactee Sten Lindgren abandoned his work with the UFO reporting and data project (URD) and instead began media appearances and lectures together with another contactee Daniel Glantz. Unfortunately Glantz was heavily involved in drug use combined with a fantasy prone personality, often presenting highly dubious and absurd UFO contact experiences. Former medical doctor Rauni-Leena Luukanen was another UFO contactee that during these years was very much in the media, claiming CIA was behind UFO-Sweden. Well-known Swedish ufologist Bertil Kuhlemann had joined the New Age coterie, advocating various mystical ideologies a.o. The I Am movement, founded by Guy and Edna Ballard. 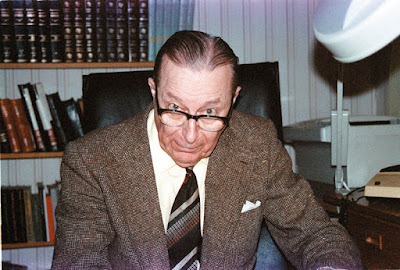 During the latter part of the 1980s UFO-Sweden was in a rather critical situation. Local units disbanded, membership was at an all time low. There was a general uncertainty about ideology and future of the organization and much internal criticism because of lack of active leadership. In 1988 a prominent Swedish ufologist and author, Boris Jungkvist, abandoned UFO-Sweden and formed a competing national UFO organization, heavily promoting UFOs as interplanetary spacecraft. Many ufologists were in this situation deeply concerned about the future of UFO research in Sweden, including we at the AFU board who tried our best to further serious research, field investigation and documentation. 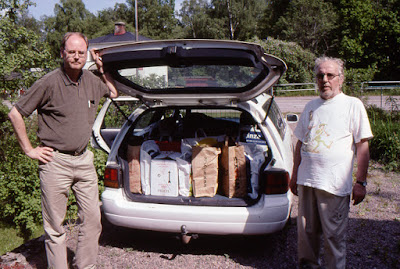 The crescendo and watershed in this development was the UFO-Sweden annual meeting at Rättvik, April 6-7, 1991. The meeting was arranged by Siljansringens UFO-grupp, a local UFO-Sweden unit very much influenced by New Age-ufology. Lectures was delivered by Sten Lindgren and Bertil Kuhlemann. Before the election of a new UFO-Sweden chairman Bertil Kuhlemann pleaded for a female chairman, an evident attempt to stop Clas Svahn from being elected. But a large majority of the assembly voted for Clas. The UFO-Sweden members decided the future fate and ideology of the national organization. Clas Svahn had in an article in the UFO-Sweden magazine UFO-Aktuellt defined the option in no uncertain termes: ”Are we ufologists to be researchers or missionaries?”. 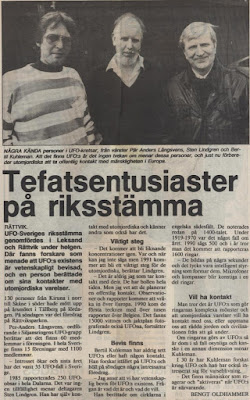 Clas Svahn now formulated the new ideological position of UFO-Sweden, labelled the Third Way Ufology: Neither naive belief nor debunking skepticism but an open mind to various theories and claims based on careful field investigation, critical evalution and documentation. UFO-Sweden decided not to promote any specific theory regarding the nature or origin of UFO phenomena, simply stating there is a core of unexplained phenomena deserving further investigation. During these first years of Third Way Ufology the debate between ufologists of the New Age camp and research oriented ufologists was often rather harsh and bitter as it was considered important for UFO-Sweden to give  the new ideology a firm footing and distinctness. But in actual research there are of course no clear demarcation lines between these two factions, all depending upon the favourite theories and paradigms of the ufologists. 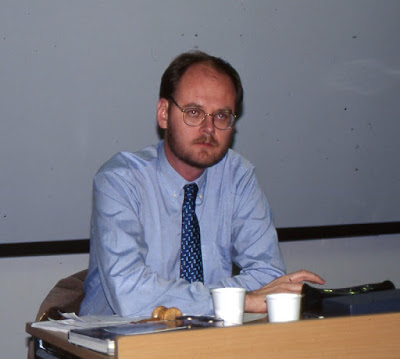 Clas Svahn at a UFO-Sweden board meeting October 12, 1996

Readers who have followed my blog for some time may be a bit surprised that I fully endorse the strictly empirical and critical ufology of UFO-Sweden as I personally have advocated a rather controversial theory, the Esoteric Intervention Theory and the worldview or paradigm of Esotericism. But as I have tried to elucidate in serveral blog posts, given an intellectual approach, I find no antagonism in having one foot in empirical science and one foot in esotericism. Once again I would like to refer my research colleague Clas Svahn who many times have reiterated: ”To believe is one thing but to know is something completely different”. The Esoteric Intervention Theory is of course only a theory, that further research may validate or not. And Esotericism is a working hypothesis, worldview or paradigm. Serious research must always be firmly empirical and fact oriented.

If UFO researchers and investigators of paranormal phenomena become too much locked in their own pet theory or paradigm box, scientific and intellectual integrity will suffer. This is one more reason why I think investigators should openly present a position statement regarding their own theories and paradigms, whether they are skeptics or ”believers”, secular humanists, buddhists, catholics, theosophists or whatever. Transparency and honesty in this area makes it easier to evaluate, understand and criticize fellow researchers.

There is an interesting and rather sensitive dilemma associated with position statements. A problem addressed by Dr. Jean-Michel Abrassart in his essay Paranormal Phenomena: Should Psychology Really Go Beyond the Ontological Debate? Should academic scholars state their own beliefs on the topic they are studying? That is, being honest in regard to religious, esoteric affiliations or adherence to some specific paradigm or worldview? Being open minded in this respect can be detrimental to the academic career and result in a loss of intellectual integrity in the academic community. In spite of this problem Dr. Abrassart advocates the view that an open position statement from scholars is of great importance: ”I think that transparency (stating one´s own beliefs about the subject one is studying) is preferable to staying safely outside the ontological debate… If we can imagine that a committed Christian can legitimately study personal prayer, why not a medium studying mediumship?”

Even though I favor the scientific and critical approach in UFO research every experienced ufologist know that there are aspects of the enigma where science enters Forbidden Science and you are faced with problems that have to be dealt with using the methods and thinking from the intelligence community. This is one of the reasons few scientists wish to enter this heretic subject. The study of UFO phenomena is a complicated multi-disciplinary task with no natural connection to any academic discipline. There are of course academic research on UFOs performed by historians, folklorists, psychologists and historians of religion a.o.. But it is important to understand that these scientists do not address the ontological issue, the basic question of the reality of the phenomena. This requires a different approach and methodology which is not regarded as scientific within these disciplines. Mainstream academic science is intrincically materialist and reductionist and is therefore automatically challenged when confronted with phenomena indicating a multiverse of forces and entities. 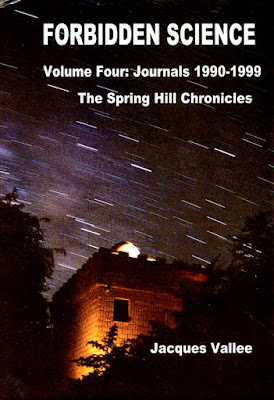 Field investigation with the object of determining the reality of UFO phenomena has no natural academic connection. Any academic scholar trying to address to ontological (reality) issue will immediately be questioned by collegues and university administration and face public media ridicule as the strange scholar who believes in little green men. He or she will also be heavily criticized by representatives of the Skeptic community, condemning the heretic for promoting pseudoscience and irrationalism. Few scientists are willing to put their academic career at stake when faced with such obstacles. An Invisible College of critical but open minded researchers affords the best option and protection in such a cultural situation. UFO-Sweden and Archives for the Unexplained (AFU) offer this open minded milieu and have the globally largest amount of data necessary to high quality UFO research.
Posted by Håkan Blomqvist at Tuesday, May 14, 2019