Where are the UFO detectives?

”Where are the UFO detectives?”, is the very relevant question asked by Jacques Vallee in his classic tome Messengers of Deception (p. 222, 1979 ed.). I often ponder on this problem myself when following what mainstream, scientifically oriented, ufologists spend their time on studying and publishing. Endless discussions about ordinary UFO reports which more than often prove to be misidentifications of planets, airplanes, insects caught on digital cameras  etc. or reports that have rather obvious psychological explanations. Why all this distractive activity when there are literally thousands of very intriguing close encounter and physical contact stories just waiting to be examined? The only cases that can give us actual data on the real UFO enigma. 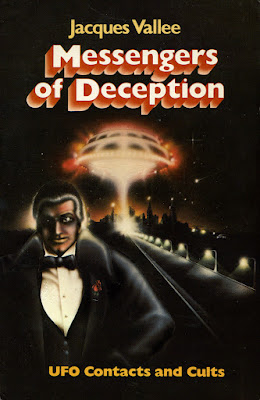 I discussed this problem with ufologist Lucius Farish in the 1980s and we both voiced our frustrations regarding the research situation in the UFO community: ”You made a comment in your letter which should be the motto of anyone who dares to call himself a Ufologist – ”To hell with the scientists, I want the truth!”. That expresses my feelings perfectly! As you say, the so-called ”scientific ufologists” are so concerned with their ”image” that they are almost totally useless when it comes to actual research. If one already knows the answers or knows what it is and is not ”possible”, there is no need to research. It is really a deplorable situation. I have no hesitation in telling people what I think about groups and individuals who refuse to do what they should do.” (Letter from Lou Farish, April 21, 1985). 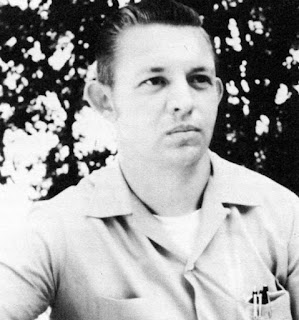 When it comes to investigating physical contactee cases even Allen Hynek and Jacques Vallee failed as UFO detectives and simply dismissed many of these encounters with a priori debunking pronouncements. In 1967 Andrew Tomas presented Jacques Vallee with a summary of the Blue John case, which I mentioned in my last blog entry. Vallee wrote about this meeting with Tomas in Forbidden Science I: ”He told me a long, intricate story of a London woman who is said to have intercepted a Morse message between an extraterrestrial and a British physicist. She went secretly to the appointment, saw the whole thing and revealed her presence. The rest of it is an undocumented tale with the usual garbage about Aliens who come from very far away and learn our language while they sleep during their long trip. It happened in 1962 and the woman´s name was Mrs. Marchwood. I listened politely to all this, took my leave and went to catch the bus that would bring me back to my computer.” (p. 328).

What many scientific ufologists fail to recognize is that this kind of emotional response is simply a reflection of the naive new age ufologists who already know the answer without investigation. Mention the name George Adamski or Howard Menger among serious scientific ufologists and you will without hesitation receive comments like liar, fraud, cultist, charlatan etc. without much argumentation or discussion.

There are of course ufologists who dare to go beyond the accepted mainstream pathways but they are usually lone wolf investigators, not active in UFO organizations. Researchers like John Keel, Timothy Good, Ardy Sixkiller Clarke and Robert Hastings, to name just a few. They combine personally investigated data, thoroughly documented with intriguing theories. This is real UFO research, addressing the most complicated and challenging close encounter and contact cases.
As I mentioned before there appears to be several groups of alien visitors from somewhere, involved in different type of activities on our planet. Based on contactee cases I have personally investigated some are benevolent, others neutral och a few decidedly hostile or dangerous. Of the benevolent variety we find the visitors behind such names as George Adamski, Orfeo Angelucci, George Van Tassel, Howard Menger a.o. 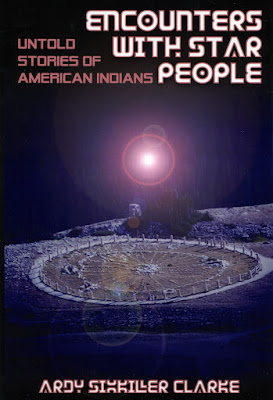 Whether they are really neutral is difficult to surmise but in this category I would place the contact experiences of the Swedish lady Anna and her husband. A summary of their story can be found on two earlier blog entries, We flew in from the east, part 1 and We flew in from the east, part 2.
Probably hostile or dangerous alien visitors were involved in the Richard Höglund case. Gösta Johansson, friend of Richard, was in 1968 told that if he wished to become involved with the visitors it could be arranged. In an interview Gösta told me: ”I didn´t want anything to do with them. They really scared me and I said to myself. God help me if I become involved with these people”. Gösta was convinced this alien group were a kind of mafia, simply using their contactees. An interesting detail in this case is that Richard and his wife Gunvor for a short while worked in the Bahamas for Louis (Lou) Chesler, front man for the famous organized crime boss Meyer Lansky. 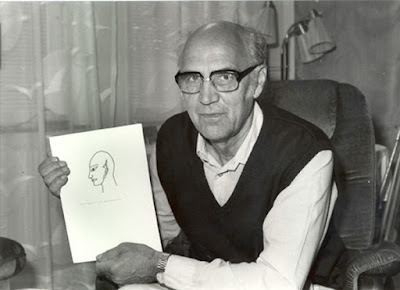 The dilemma of Gösta Johansson could of course be faced by any investigator of contactee cases. And then it becomes a real moral problem. Suppose you get one hundred percent personal proof that a real contact with some type of visitors is going on. If it is a benevolent contact you don´t wish to disclose details that could hurt or complicate the contact. If the contact is destructive, going to the police is not an option. Who would believe you? I guess this is the dilemma facing the small specialized groups within the intelligence community who are aware of the situation and covertly trying to handle it to the best of their abilities.

It appears that the American ufologist Carol Honey faced this dilemma, after his involvement with George Adamski. As revealed in his Science Publications Newsletter. He was contacted by the visitors himself and came to realize the depth and complications of the enigma and the problems of communicating this to the public. In a letter 1968 to Edith Nicolaisen, founder of the Swedish publishing company Parthenon, Honey wrote: ” George Adamski went off the beam before he died and many statements he made has destroyed much of the good he did previously. I can only back up the information in his first three books and most of this I can´t back up with physical evidence. I have had personal experiences myself which proved a lot of things to me but I will not make them aviable to a skeptical public." (Letter, February 10, 1968). 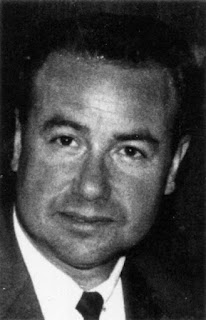 Books like Operation Trojan Horse by John Keel, Messengers of Deception by Jacques Vallee, Alien Base by Timothy Good and Encounters With Star People by Ardy Sixkiller Clarke ought to make ufologists aware of the real UFO enigma behind the ordinary and trivial reports. It involves so much more than misidentifications of the planet Venus or vapor trails. But to realize this and become involved with these aspects the ufologist must also be a passionate UFO detective.