Theosophy and the Swedish UFO movement

Few in the younger generation of UFO-Sweden members are aware of the ideological and historical roots of  the organization. It may come as a surprice for todays scientifically oriented ufologists that the Swedish UFO movement was in fact founded by active members of the Theosophical Society Adyar. That there was a strong overlap between various esoteric groups and the first generation ufologists is often mentioned by scholars of religion such as J Gordon Melton and Robert Ellwood. In most countries the UFO movement that appeared in the 1950ies consisted of two factions, one with a basically scientific agenda and the other more or less inspired by new age ideas and the early UFO contactees. But Sweden may be exceptional as a country where the formal UFO societies in the 1950ies were exclusively formed by Theosophists.

This unusual historical development is mainly due to one exceptional woman, Ms Edith Nicolaisen, founder of the new age publishing house Parthenon in July 1957. She was strongly influenced by theosophical and anthroposophical ideas and was a good friend of Theosophist and Danish liberal Catholic Bishop Otto Viking. The Parthenon board consisted of three women, all active in the Swedish Theosophical Society Adyar: Brita Rodosi, Rut Lindberg and Sonja Lilienthal. Edith Nicolaisen began corresponding with George Adamski in 1954 and the first book published in Swedish in October 1957, was Flying Saucers Have Landed by Desmond Leslie and George Adamski. A best-seller called "The book that was dynamite" by Flying Saucer Review editor Charles Bowen. 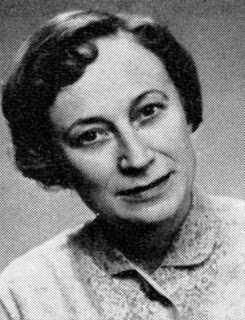 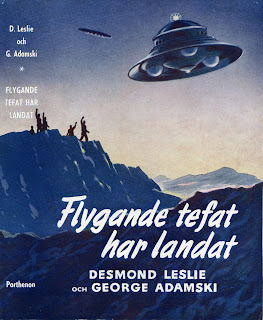 The first book published by Parthenon

Edith Nicolaisen´s second aim was to form as many UFO and new age groups in Sweden as possible. In October 1958 she and her Parthenon co-workers invited the German new age and contactee oriented ufologist Karl Veit to Sweden. With his help Edith was able to inspire the founding of Malmö UFO-Sällskap (Malmö UFO Society) on October 1, 1958. Later adopting the name Malmö Interplanetariska Sällskap (MIS) (Malmö Interplanetary Society), today the oldest still active UFO society in Sweden. Parthenon published several of the classic contactees of the 1950ies: George Adamski, Daniel Fry, Ray and Rex Stanford, Elisabeth Klarer. These books had a strong influence on Swedish ufology in the 1950ies and 60ies. 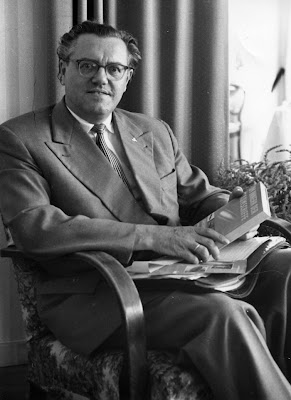 The second UFO society formed in 1958 was Stockholm based Ifologiska Sällskapet (The Ifological Society). IFO should here be interpreted as interplanetary flying objects. In 1951 Adyar Theosophist Mr. Jan-Erik Janhammar founded an independent society Måndagsgruppen (The Monday Group) inviting speakers not only from the Theosophical Society but from various new age and spiritual groups. In March 1958 Mrs Kerstin Bäfverstedt was invited for a lecture on flying saucers. Mrs Bäfverstedt had a deep interest in UFOs, paranormal phenomena, Theosophy and alternative healing methods. She was the Swedish regional director of Borderland Sciences Research Foundation (BSRF) in California and a good friend of Riley Crabb,  Trevor James Constable and Dr. Ruth Drown. 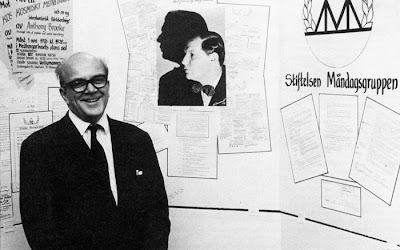 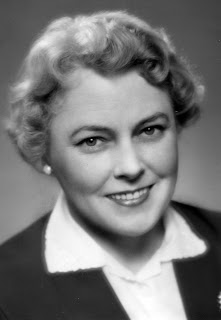 Her lecture was a huge success and she was invited once again the next week to lecture on flying saucers. This time a suggestion was made to form a "IFO society" in Stockholm and members of the audience were invited to a formal meeting on March 23, 1958 and now the Ifological Society was founded. The first generation members were mostly theosophists, anthroposophists and spiritualists. Sweden had to wait until 1966 when representatives of a more critical and scientifically based ufology appeared with the book by Mr. K. Gösta Rehn, De flygande tefaten. Dokument och teori (The Flying Saucers. Documents and Theory). Rehn was Swedish regional director of Aerial Phenomena Research Organization (APRO) and his first and subsequent books inspired the formation of the more scientifically oriented UFO societies in the 1970ies. UFO-Sweden was one of these organizations founded in 1970. 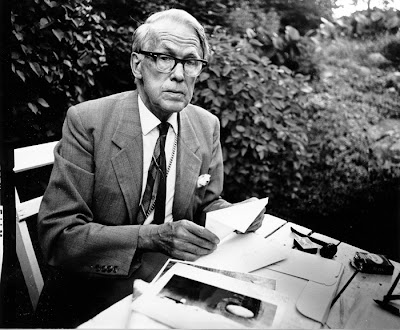 With the founding of UFO-Sweden Swedish ufology entered a new era with field investigations and a more critical view of the new age and contactee oriented ufology. Still many UFO-Sweden members were inspired by and active in theosophical groups. A frequent lecturer at meetings and annual conferences were Mr. Jan Fjellander, son of Liberal Catholic Bishop and well known theosophist Sigfrid Fjellander. Very active in UFO-Sweden during the 1970ies and 80ies were theosophically oriented UFO contactee Mr. Sten Lindgren.

It was of course only natural that Theosophists should become interested in ufology. There are many connections and similarities between the phenomena and paranormal contacts described in classical Theosophy and the early UFO contact movement. Very few ufologists have entered this field of study but I hope our collegues around the world will discover this interesting area of research. And I also welcome active Theosophists with a scholarly disposition to join in this venture.
Posted by Håkan Blomqvist at Wednesday, May 01, 2013