During our life journey we sometimes encounter exceptional individuals who become the bright and shining stars of our memories and inner world. People we feel privileged to have met. One such person was my old friend and UFO collegue Mr. Åke Franzén (1936-1995) of Stockholm, Sweden. He was one of the few ufologists outside the United States who did field investigations and had a unique knowledge of the famous Mothman, the winged creature that haunted West Virginia in 1966-67.

Åke Franzén´s interest in UFOs, Forteana and science fiction began in the 1950s and he became an avid reader of all books and magazines he could find in these genres. In 1968 he started corresponding with John Keel, whom he helped with several projects. He is even mentioned in the classic Operation Trojan Horse (p. 127): "A Swedish researcher, Mr. Åke Franzén, has recently been going through the Stockholm newspapers of the 1930`s, piecing together the many fragments of the forgotten Scandinavian flap of 1932-38. He has uncovered more than ninety detailed reports thus far and has tediously translated them into English for us." 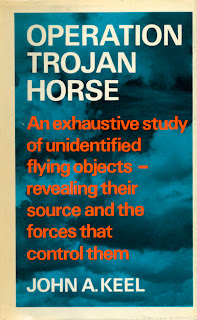 I first met Åke Franzén in May, 1973, during the first years of my ufological career and our contact soon developed into a lifelong friendship. His enormous enthusiasm for everything ufological and fortean was a constant source of inspiration. He also had that rare quality of being able to look at our strange, outsider subjects with humour and distance. On May 19, 1973, I interviewed Åke together with my AFU collegue Anders Liljegren. We were then briefed on his field investigations in Point Pleasant, West Virginia  in 1969. Åke spent five weeks interviewing about 30 witnesses and visiting observation sites. This interview is on my webpage, but unfortunately only in Swedish. 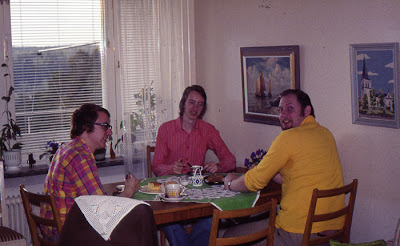 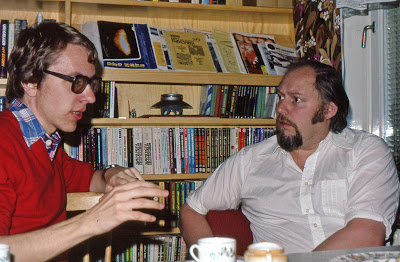 Åke didn´t just become an ordinary ufological field investigator in Point Pleasant. During his stay he fell deeply in love with one of the main witnesses, Linda Scarberrry. He later had plans to emigrate to the U.S. but couldn´t find a job. Åke became a good friend of local reporter Mrs Mary Hyre and also several of the local Mothman witnesses and Åke and Mary often went together by car during field investigations. One of the things Åke noticed in 1969 was that several of the witnesses suffered from post-traumatic stress. Linda Scarberry showed the scars she had on arms and legs. After the experience she had suffered from chock and was hospitalized. One morning she woke up at the hospital with arms and legs badly scratched. "I noticed their great nervousness in how much they smoked. My God, how they smoked...  One witness, Marcella Bennet, could not be still. Most of the people who had seen the "bird" had these kind of symptoms.    One witness started crying when she told meof her observation." 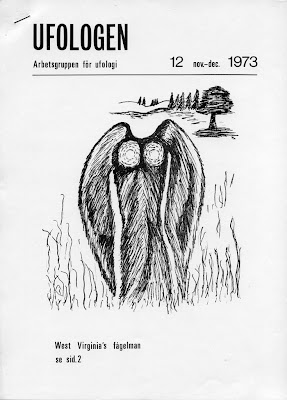 Åke Franzén never had any personal observations while staying in Point Pleasant but many of the witnesses told him of both UFO and paranormal experiences. His personal theory was that Mothman was not an ordinary physical creature but something from a paraphysical world, a materialization phenomenon. There were no feathers or other objects left by the "bird". This was also the theory proposed by John Keel but he called them "transmogrifications of energy". Before going back to Sweden after his field invesigations Åke had a four hour conversation with John Keel in his New York apartment.

When John Keel visited Sweden in October 1976 Åke had ordered a special UFO cake. We spent several interesting hours discussing all aspects of UFO and Fortean phenomena, including John´s speciality, Men In Black (MIB). He told of his experiences with these mysterious figures. "I´d really like to get one", was his comment. 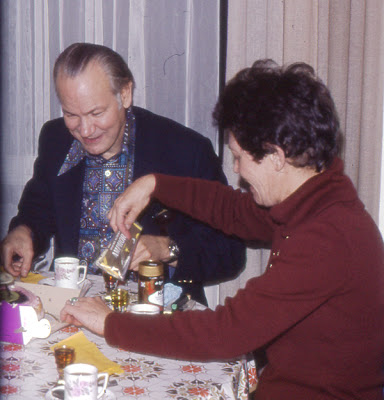 During the later part of the 1970s Åke was often a guest at my place in Stockholm together with UFO contactee Mrs. Turid Johansson and her husband Sture. He later became a world famous trance medium and was visited by celebreties like Shirley Maclaine and Dennis Weaver. He also figures in the 1987 TV miniseries Out on a Limb starring Shirley Maclaine. Together Åke, Sture, Turid and I had many memorable and joyful evenings and we became close friends sharing borderland experiences and views. 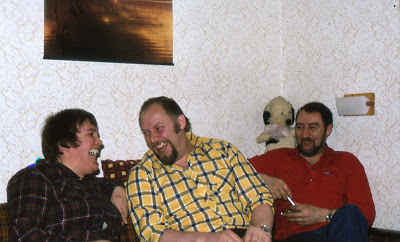 When I moved to Norrköping and the AFU headquarters in 1984 Åke was a regular guest during summers. These varm summer days were a combination of discussions at the archive and visits at our local minigolf courses, one of his favourite hobbies. Åke Franzén died in 1995 and he was deeply missed by all at the AFU foundation. To keep his memory alive we have initiated the Åke Franzén Memorial Cup, a minigolf contest at AFU every summer. Åke´s large collection of books, magazines and correspondence is now preserved at AFU.