My lady Susanne and I have spent three days in the beautiful Swedish city Karlstad. We enjoyed strolling in the varm sunshine, visiting the local antiquarian book shop and various second hand stores. In these stores one can often find rare and unusual books. This time I found a beautifully illustrated, old Swedish tome on hauntings, ghosts, spritism, magic och mysteries: Bakom naturens förlåt (Behind Nature´s Veil). A book I´ve never seen before and not found in our AFU collection. 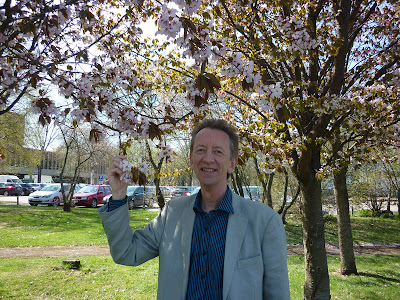 In sunny Karlstad. Behind me to the left Karlstad Public Library 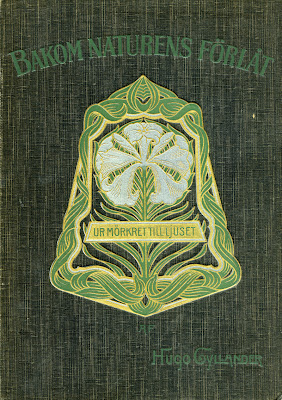 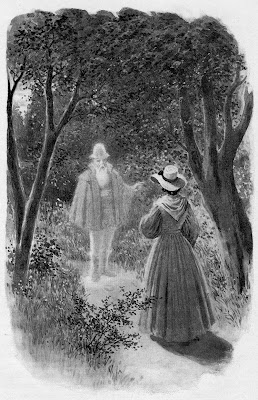 Illustration from the Gyllander book

On this three day vacation we also visited Mr. Göran Söderqvist and his wife Sonja in their charming country house in Värmlands Nysäter, about five Swedish miles from Karlstad. Göran is board member of the Swedish Theosophical Society (Adyar) and has a very fine collection of Esoterica. He very kindly offered me to buy, at a very nice price, his sixteen volumes of H.P. Blavatsky Collected Writings, compiled by Boris de Zirkoff. But Göran also generously donated several Theosophical classics to the AFU library. Many thanks for this excellent contribution. 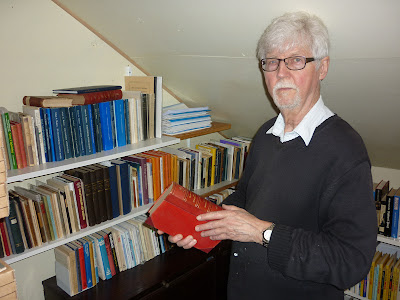 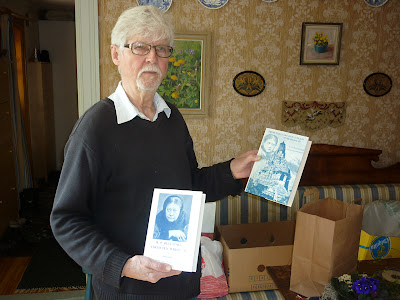 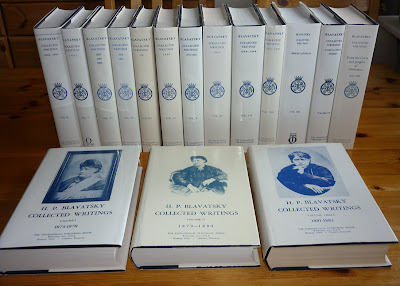 My Blavatsky collection is quite extensive, now including also the Collected Writings. In most Swedish encyclopedias, both old and new, Blavatsky is presented as a charlatan and impostor. But the general attitude seems to be slowly changing. Much of this change can be attributed the critical study of the Hodgson Report made by Dr. Vernon Harrison and published as H.P. Blavatsky and the SPR. An Examination of the Hodgson Report of 1885 (1997). A more open minded attitude is also evidenced by Gary Lachman´s recently published biography Madame Blavatsky. The Mother of Modern Spirituality (2012). 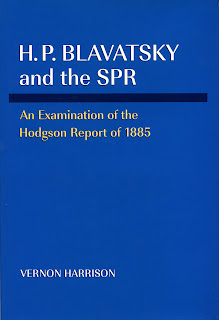 From the UFO research perspective Blavatsky, Theosophy and the Esoteric Tradition is a treasure trove of data and experiences waiting for a comparative study. More and more scholars have entered this field of research and I also hope collegues in the ufological community will discover this fascinating subject. One of the first generation ufologists to try this uncharted path was Theosophist Riley Crabb, director of Borderland Sciences Research Foundation (BSRF). As the new editor of Round Robin (The Journal of Borderland Research) in 1959 he wrote: "... my lectures have been concerned with the problem of relating Flying Saucer data, and phenomena, to the teachings of the Mystery Schools. I believe you´ll agree this is no easy task. If I have one goal in life it is an uncompromising search for Truth, whatever that might be, and wherever it may lead." 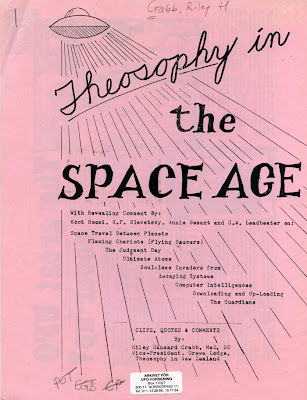