"In the last couple of years my scepticism of the more exotic claims has not exactly been broken, but it´s certainly been shaken. Now I find myself listening to people with a straight face and suspending judgement. I no longer can retreat into the security of hard-and-fast rules".

These are the words of ufologist Ted Bloecher in a discussion (p 312) on UFO contactees in the still very readable Proceedings of the First International UFO Congress, published in 1980. He refers to the controversial claims of West Virginia contactee Woodrow Derenberger who despite his later fantastic story had independent witnesses to his first meeting with the "space man" Indrid Cold, as documented by NICAP. So obviously he really did meet someone claiming to be from outer space. This is an important point often neglected by scientifically oriented ufologists who dismiss contactee cases a priori, especially of the Nordic alien variety. 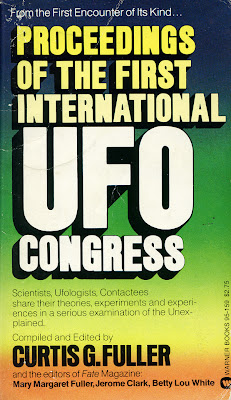 There are several classic cases were there are more or less independent confirmation that the contactee really did meet "aliens" - whoever they are. Ufologist Cynthia Hind reports in her UFO Afrinews, January 1999 that this scenario also came up in the Elisabeth Klarer case. The owner of a hotel in Natal, South Africa suddenly finds an unusual man standing in the reception area: "... tall, blond, very good-looking guy, rather strange, but with good features and high cheekbones." He asks for Elisabeth Klarer but is told no one with that name has been booked at the hotel. He then disappears in a strange way.

About a week later Elisabeth Klarer did arrive and booked into the hotel. The owners mention the man and Elisabeth shows a photo of a bust of her space man Akon. He is immediately recognized as the strange visitor. Cynthia Hind, who was quite sceptical of Klarer and did a lot of investigations, still had this conclusion: "All these factors need examination and it is time we stopped casting aside cases like Elisabeth Klarer and Edwin which, although sounding like hoaxes, are not obviously so." 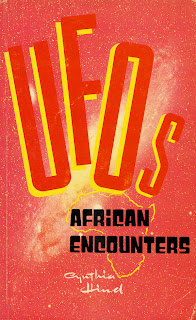 I think it is time to reconsider many of the old contactees of the 1950s and 60s and follow this alternate approach in research, looking for confirmation of the contact from independent witnesses. Some years ago I asked psychiatrist Dr. Berthold E. Schwarz about this problem regarding his investigations of Howard Menger. Schwarz told of the many witnesses who really did experience strange phenomena, including aliens at the Menger farm. In a letter to me May 29, 1986, Schwarz concludes: "Yes, the contact claims or case of Howard Menger is far from being an open and shut or black and white matter." 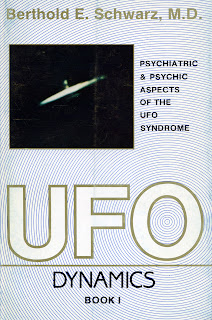 In my own investigations of contact cases here in Sweden I have also found this interesting independent witness confirmation, that the contactee really did meet some type of "strangers". This, of course, should not be regarded as evidence of contact with extraterrestrials but as indications that we are confronted with an unsolved and deeper mystery.