While browsing through some older issues of Fate I found an interesting early abduction report. It was published as a Report from the readers in vol. 25, no. 11, November 1972. The witness, Mimi Gorzelle, relates an experience from August 1967. She was driving on an unfamiliar, dark, lonely road in the middle of the night and suddenly notice a light swinging from side to side beckoning her to stop. She stops, expecting to find an accident. Leaving the car she find three other cars parked ahead. A man leaves one of the cars and another man is coming towards her, wearing a white coverall, like hospital orderlies. He takes her by the arm, leading her into the prairie, where she can see a spaceship.

Mimi observeres three men dressed in business suits also being escorted into the spacecraft, led by several men i white coveralls. Mimi and the other men are led up a staircase and into the craft. The men in white coveralls look alike, all in their 30`s and baldheaded. Mimi is not afraid, only curious. One of the spacemen tell her: "You will have no memory of anything you saw or experienced here. You will awaken with no memory of this experience." Her next memory is being led down the steps and escorted to the car, like the other men. She notice them drive away one by one and she also drive on home. "I awakened in the morning very muich aware of what I have related but with no knowledge of how I drove to that site or what else transpired in the spacecraft."

This story was related in 1972, long before the abduction wave of the 1980s. With no corroborating evidence the most likely explanation is a vivid dream. But there are many early documented cases of abductions with similar details that makes it not too unreasonable to speculate on alternative scenarios. I have documented a Swedish case in many ways a copy of what Mimi Gorzelle relates. This incident was related to me in 1985 but the well known Swedish contactee Mr. Sten Lindgren. I have spent many years documenting his contacts and UFO observations which include physical contacts with Nordic type aliens but I have not been able to find any definitive evidence in support of his claims. Still there are a few riddles and ambiguities left regarding some of his experiences. 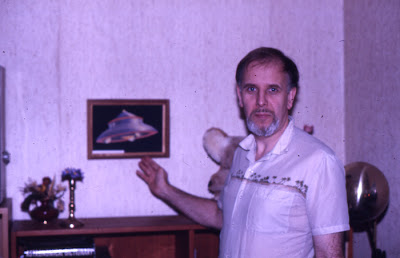 In the autumn of 1964 Sten Lindgren together with his friend B.J. (known to me) went by car to a mine called Yxkullsgruvan in Västmanland, Sweden. The reason for this excursion was to find Lapis Lingua, sometimes called the psychic stone. The mine was closed and they didn´t find any Lapis Lingua but on their way home a cigarshaped mothership and several small bell-shaped craft appear over the car. One of the small craft makes a landing close to the road and Sten and his friend are led aboard and are then taken to the mothership. Here they meet a group of five or six people, among them two women and a man dessed in a suit. The spacepeople ask Sten if they are allowed to erase his memory of this visit. He believes he was somehow programmed on this occasion. Sten and B. J. are then led back to the car and continue the trip to Stockholm. According to Sten there were several hours missing in their journey. They came home very late. This is corroborated by B. J. but he has no memory of any UFO observation or contact. Sten was later put under hypnosis by an unknown physician and then became aware of what had happened during the missing hours.

A psychological explanation is the most tenable for the larger part of the abduction cases I am aware of. But there is also an interesting alternative theory called MILABS - military abductions. Nick Redfern has documented a fascinating case in his book On the Trail of the Saucer Spies (2006). Alison, a woman living on a ranch not far from Sedona, Arizona claims to have been abducted several times. The abductions always start with a humming sound, loss of electricity in the house and her dogs becoming very distressed. Bright lights envelope the room and in a semiconscious state she is aware of small creatures carrying her to a small craft outside the house where she is examined and then led back to the house. 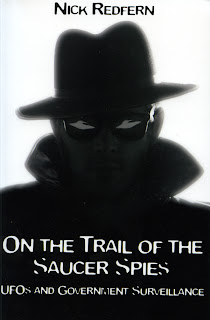 On her fifth abduction something extraordinary happens. The humming sound stops abruptly and Alison slowly regain her normal senses. The small gray aliens fade away and instead she find a group of large and burly men in black fatigues in her room. According to Alison one of the men screamed "what happened" in a microphone. Another man utters the word "sorry" in her direction and the men leave in, not an alien spacecraft, but an unmarked black helicopter. Alison is convinced she has been used in some form of covert military experiments using advanced forms of psychotronic technology, drugs and hypnosis.

This theory was studied and documented by Dr. Helmut Lammer and Marion Lammer in their controversial book MILABS: Military Mind Control and Alien Abduction (1999). Based on several years of research Lammer concludes that some abduction cases could actually be secret experiments by various military intelligence agencies. A form of black ops, the perfect false flag operation using aliens as a cover. 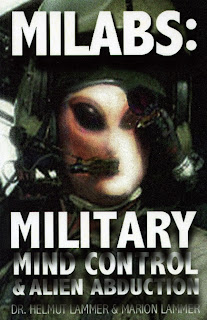 In April 2011 I wrote to Dr. Lammer asking for more data on his research. He very kindly told me he had abandoned all research on abductions and mind control and had no further interest in the subject. I then asked if he would consider donating his research material and archive to AFU. I was quite surprised when told that his entire archive had been thrown away. Why would a scientist destroy the result of many years of research? Was the subject too sensitive?