First I would like to announce that the AFU board today finally agreed on the new name for the foundation. After several months of brainstorming we have now decided to change our name from Archives for UFO Research to Archives for the Unexplained. We tried several combinations of UFO, fortean, paranormal etc but that excluded our large collections of folklore, psychology, esoterica and mysticism so unexplained was found to be the best option as we wanted to retain our acronym AFU. Actually it was our foremost donor, Hilary Evans, who first suggested a new name for the foundation. I hope that he now in his more spiritual abode is satisfied that we followed his intentions. 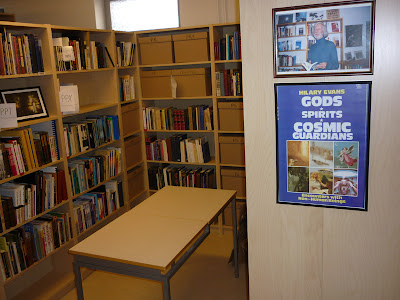 Some of the shelves at the Hilary Evans library, AFU

In 1980 one of the first comprehensive encyclopedias on UFOs was published, edited by Ronald D. Story. An important part of the encyclopedia was biographical entries on most of the first generation ufologists, including a "position statement". This is often neglected in other encyclopedias on UFOs and the paranormal but of profound importance when studying the theories and history of ideas regarding our subjects. As my blog is now in english I think it appropriate to present a short position statement myself both as to my views on UFOs and UFO research and the more controversial esoteric subjects. 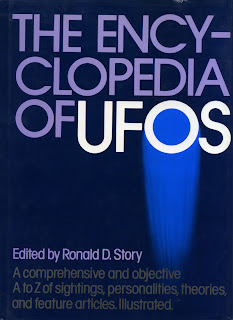 UFOs and UFO research
After more than forty years of experience in the UFO movement both as a field investigator and co-worker at AFU my conclusions are that the rather few real and unexplained UFO phenomena are a mixture of several unrelated phenomena of diverse origin. Some are probably unusual electrical discharges and secret military craft or spy missiles. My study of close encounter and physical contactee cases indicate the possibility that we are not alone on this planet. I keep an open mind whether the reported types of entities and intelligences originate on Earth, are from another planet or parallell world (dimension). In my attitude to the UFO enigma I try to adhere to the "third way ufology", formulated by Clas Svahn, since 1991 director of UFO-Sweden: neither naive belief nor debunking scepticism but an open mind to various theories and claims based on critical investigation and empirical data.

What makes me perhaps something of an outsider among mainstream "scientific" ufologists is my interest in the philosophical and existential implications of UFO and paranormal phenomena together with a lifelong interest in theosophy and the esoteric tradition. Authors and researchers such as Jacques Vallee, John Keel, Allen Hynek, Andrew Tomas, Meade Layne, Riley Crabb, Lucis Farish, Timothy Good  have been a great inspiration. Like british author and philosopher Colin Wilson I admire the intellectual outsider and iconoclast who makes his or her own waves in the ocean irrespective of what is regarded as academically or scientifically correct. A favourite quote from Jacques Vallee´s excellent Forbidden Science II could be a motto: "... the history of ufology should be placed within an esoteric context... The UFO problem, the question of parapsychology, are central to this business. Looking for the solution isn´t just a scientific project; it´s a quest, an initiation, an enigma like that of the Sphinx." 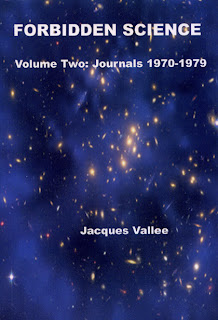 Theosophy and esotericism
As a young university student in 1976 I corresponded with a very erudite, old british gentleman, ufologist and esotericist T. Bryon Edmond. His attitude to the esoteric tradition has inspired me for many years. He wrote: "Basically I am agnostic, but I accept Theosophy provisionally because it answers more questions in a logical and scientific way than any other religion or philosophy that I know of." This could be a summary of my own attitude to this controversial question. Basically a humanist I regard the esoteric tradition as an interesting working hypothesis or alternative paradigm. And the best exponents of the esoteric tradition are in my view  Helena Petrovna Blavatsky, Henry Steel Olcott, Annie Besant, Charles Leadbeater, Geoffrey Hodson, Alice Bailey and swedish esotericist Henry T. Laurency. 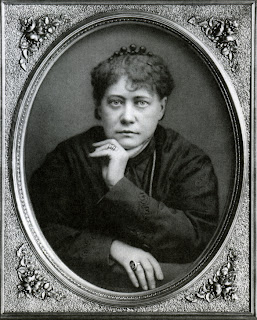 The basic philosophical problem is of course whether it is possible or reasonable, as an intellectual, to even provisionally accept the esoteric worldview? I find the reductionist, materialist paradigm intellectually untenable. The great enigma of consciousness, the well documented cases of UFOs and paranormal phenomena including some personal psychic experiences are for me clear indications of several factors x in the existential equation. I am also interested in the esoteric tradition because of the historical connections to the UFO movement and that very often the same type of phenomena are reported in both an esoteric and ufological context. 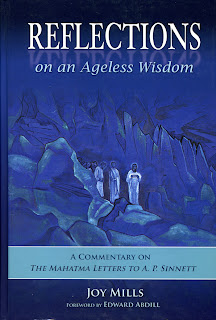 Finally I give the last word to that fascinating cultural outsider and iconoclast Meade Layne, founder of Borderland Sciences Research Associates (BSRA) in 1945. In his magazine Round Robin he once wrote:
"Round Robin does not want to argue the case for elementary psychic happenings. It is written for people who already know and accept such things. If people don´t believe in survival and communication, in materialisation, apports, levitation, ectoplasmic phenomena and so on - that is all right - but let them go to the ten thousand books dealing with such subjects. I don´t give a hoot what they believe. If you were publishing a journal on chemistry, you wouldn´t write for sceptics who doubt that H (hydrogen) and Cl (Cloride) will combine. We have a great body of borderline facts, net yet accepted by "official" science, though known to thousands of individual scientists. There are methods of work which are valid and scientific, but still outlawed by official science."
Posted by Håkan Blomqvist at Sunday, April 21, 2013