In the November, 1947 issue of Ray Palmer´s magazine Fantastic Adventures an article, Son of the Sun, was published that has fascinated me for years. It was written by Alexander Blade, a pen name used by many authors but in this case the real name was Millen Cooke. It is a remarkably prophetic article written as a message from a "visitor" belonging to a secret group in possession of flying discs. Notice that this was written in the autumn of 1947, before the first contactees appeared in the befinning of the 1950s. 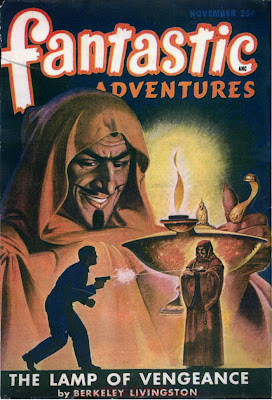 Here are a few quotes: "We are alrady here, among you. Some of us have always been here, with you, yet apart from, watching and occasionally guiding you whenever the opportunity arose... We have been confused with the gods of many world-religions, although we are not gods, but your own fellow creatures, as you will learn directly before many more years have passed... Some of you have seen our "advance guard" already. You have met us often in the streets of your cities and you have not noticed us. But when we flash through your skies in the ancient traditional vehicles you are amazed... These are our mechanical means of transport. Now that the art of manufacturing plastic materials has reached a certain prefection among you, perhaps you can imagine a material, almost transparent to the rays of ordinary visible light, yet strong enough to endure the stresses of extreme rapid flight."

In 1947 no contactees had yet appeared with tales of meeting visitors "in the streets of your cities" and  semitransparent flying discs was not, as far as I know, reported until the beginning of the 1950s. A semitransparent craft was observered in 1965 by swedish contactee Richard Höglund, as reported in my book Aliens on Earth. UFO Contacts in Sweden. On November 20, 1979 Timothy Good interviewed Lucy McGinnis, for many years secretary to George Adamski. She left him when his stories became too wild but didn´t want to criticize him because she also had seen "those ships". McGinnis relates: "I was in my room lying down one afternoon... for some reason I got up and went out. As I got out of the door I looked up... and here was this great big saucer-like thing. I was amazed. As I looked up I could see through it. It was two stories: you could see the steps where they would go up and down." (Lou Zinstag & Timothy Good, George Adamski. the Untold Story, p. 194.) 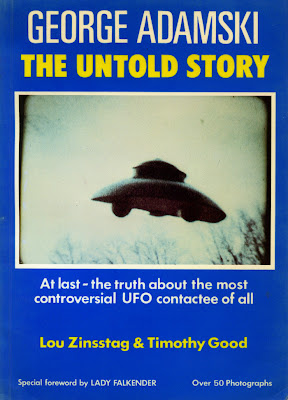 How could Millen Cooke report accurate data on UFO observations not known in 1947? What was her source? Millen Cooke (1915-1995) wrote articles for science fiction magazines and The American Theosophist in the 1940s and 50s. Between 1943-1951 she was married to occultist John Starr Cooke. From 1948 she was involved with Borderland Sciences Research Associates (BSRA) founded by Meade Layne in 1945 and wrote several articles for the their magazine Round Robin. Meade Layne made many favourable comments on Millen Cooke and also mentioned that she "has had most exceptional "contacts"  and direct personal instruction for more than a decade past." (Round Robin vol. 5:2, March 1949, p.27). 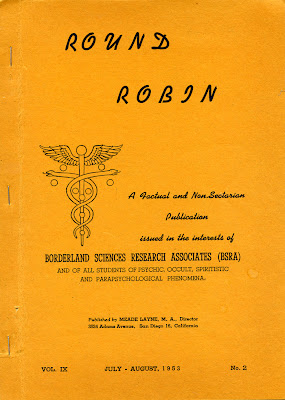 What form of "exceptional contacts" did Millen Cooke have? Recently I found the answer in an article, A Narrative of Occult Experience" by M. C. published in Round Robin vol. 4:7, Sept-Oct 1948. It is written by Meade Layne, compiled from personal correspondence with Millen Cooke who according to Layne is a "well educated, honest and highly dependable person of exceptional mental abilities". In this article Millen Cooke relates that she has been a disciple of a Tibetan adept since 1930. He appeared suddenly in her room one night. "His presence startled me, but inspired no real fear, and his immediate reassuring greeting put me at ease at once. In appearance he was tall, about six feet... He had a deeply olive skin, no beard, and his black hair was cut very short.... He told me he was a "living" person, just as I was, and that what I was seeing there in my room was a projection, or materialization - a kind of "solid shadow" of him... He stated at once the reason for his presence, informing me that he wanted nothing from me, but that he had come to offer me certain information if I wished to receive it."

The visits continued and Millen Cooke eventually decided to accept his offer of special training and information. But first she wanted to be sure that the man was not "an unusually vivid dream" so she asks to have some proof of his existence. Then he rearranges her room in a very special way and this was left intact the next day. On two occasions she let one of her dogs meet the man and the dog was petted and handled by the visitor. "As I mentioned before, he is a person like ourselves, living in a chemical body in the dense chemical world, and he is a Tibetan by birth, and a Lama."

After many visits by the Lama, Millen Cooke also starts attending "night-school" by other teachers. "Sometimes there would be a lecture or a discussion. At other times the instruction would be given by means of pictures such as my friend had shown me during his first visit. Sometimes we would go to other places with the teachers, or visit a large and varied museum of knowledge, with fascinating exhibits embracing every conceivable subject."

Anyone acquainted with the esoteric tradition immediately notice the similarity between the experiences of Millen Cooke and those of Henry Steel Olcott and Alice Bailey. Night.school or night classes is also very well described in Through the Curtain by Viola Petit Neal and Shafica Karagulla (1983). Even though Millen Cooke claimed to have received many years of instruction from the Tibetan I have never found any book or teachings resulting from this contact. The only exception is her article Son of the Sun. 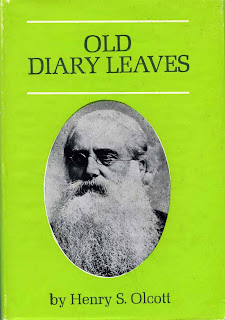 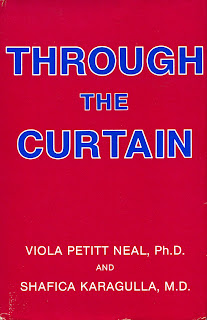 What conclusions can we make from these data? I have for many years proposed the hypothesis that some of the first generation ufo contacts could have been a test by a secret earth based group. Jacques Vallee has called it the "esoteric intervention theory". Academic scholar Joscelyn Godwin, an expert on theosophy, use the expression the "hidden hand theory" in discussing a secret group behind the spiritist phenomena in the 19th century. This is of course a conspiracy theory, but very different from the popular and evil conspiracies of todays occult underground. Perhaps we could call it a conspiracy by the Higher Intelligence Agency (HIA). Remember what Connie Menger, wife of contactee Howard Menger wrote in their book From Outer Space to You: "Let us assume that there is on this planet a group of scientifically minded and spiritually dedicated men and women who are working to accomplish this great task. And let us further assume that they have already established contacts with equally dedicated people of other planets. To continue their work and remain effective, they must of necessity remain behind the scenes" (p.7) 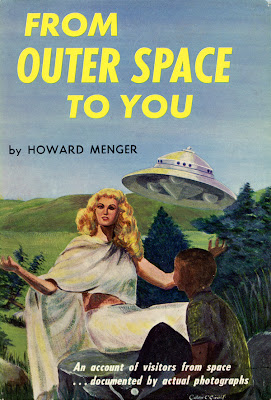 Whatever the ontological status of these experiences the claims of Millen Cooke forms an interesting connection between the esoteric tradition and the early ufo contact movement.