New books and a donation

This week a parcel arrived with 22 books, various occult classics in english, french and german. It was a donation to the AFU library from Birgitta Nordquist, widow of swedish ufologist Eric Nordquist (1907-1981). Eric was chairman a few years in the 1960s of the Ifologiska Sällskapet (Ifological Society) one of the earliest UFO societies in Sweden, founded in 1958. IFO interpreted as Interplanetary Flying Objects. Besides a ufologist Eric was a famous stage magician performing at the large entertainment venue Berns in Stockholm. 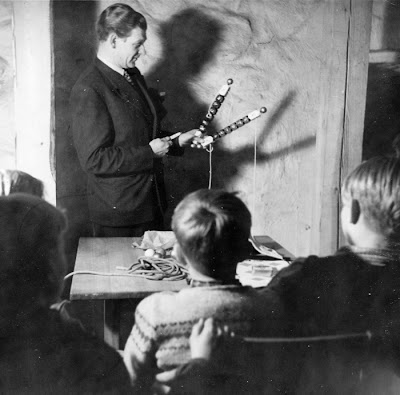 Eric Nordquist performing for a group of school children

But Eric was also deeply interested in other forms of "magic" evident from his book collection, with titles like Magie und Mystik in Vergangenheit und Gegenwart (1929) by Kurt Aram and Lehrbuch zur Entwicklung der okkulten Kräfte im Menchen (1912) by Karl Brandler-Pracht. Eric was also a member of the Rosicrucian Order AMORC. His fascinating Ex Libris always has the name Karl Erik which was his actual Christian name. 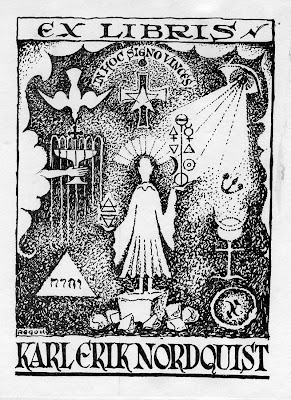 I have contiued reading Handbook of the Theosophical Current and noticed one small, but in my view irritating, mistake in Sean O´Callaghan´s contribution The Theosophical Christology of Alice Bailey. He refers to Bailey´s contacts as "Ascended Masters", a concept entirely in the wrong context. Alice Bailey (or the Tibetan) would never speak of Ascended Masters as that was a concept advocated by Guy Ballard of the I Am movement. And the Tibetan is very explicit and critical when he refers to the I Am Movement, as a "cheap comedy" and travesty of the esoteric tradition. (Bailey, The Rays and the Initiations, p.16, 1970 printing). Academic scholars are of course not expected to comment on the "quality" of various esoteric teachings but anyone with a minimum of academic training must notice the radical difference in intellectual and "humanist" quality between Blavatsky, Alice Bailey etc and the I Am movement and its offshoots. Librarian and historian K Paul Johnson commented on this in PsyPioneer re Elisabeth Clare Prophet and The Summit Lighthouse: "My interest in Blavatsky and her Masters was inspired by appreciation of the quality of the books she produced under their alleged inspiration; Mrs Prophet´s books by contrast could never hold my attention for more than a paragraph." I can only agree with both the Tibetan and K Paul Johnson. 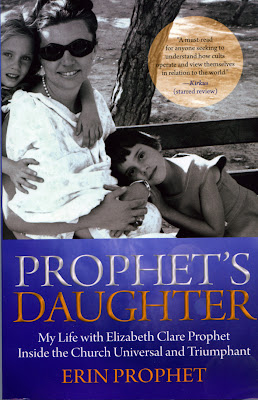 Recently I received a copy of Henry Steel Olcott´s classic People From the Other World, originally published in 1875. Theosophical scholar Joscelyn Godwin refered to this book as a source for his "Hidden hand theory", the theory that behind the original spiritualist movement was an secret occult order. I did find this reference on page 454 in my Cambridge University Press edition. This claim is very close the "esoteric intervention theory" proposed by Jacques Vallee, as an explanation for part of the UFO phenomenon. 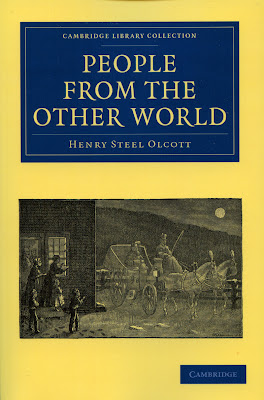 Several new academic books on the esoteric tradition have been published recently. Esotericism, Religion and Politics, edited Arthur Versluis, Lee Irwin and Melinda Philips is a good introduction to the study of right- and left wing political ideas among esotericists. As I regard the theosophic/esoteric tradition as basically to the left in politics I was especially interested in the chapter on the Theosophical Temple Movement and their socialist ideas. The Temple of the People are still active in Halcyon, California. A study of this group has now been published: Radiance From Halcyon. A Utopian Experiment in Religion and Science by Paul Eli Ivey, associate professor of art history at The University of Arizona. A short notice on this book can be found at the always informative site Blavatsky News. 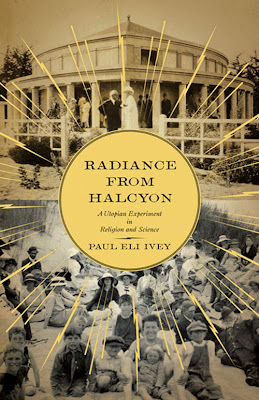