The last decades has seen a remarkable renaissance for the scholarly interest in the esoteric tradition. What in academe has been named Western Esotericism can now be studied at universities in Paris (Sorbonne), Amsterdam and Exeter. This once taboo subject is slowly becoming mainstream. From being relegated to the dustbin of irrational nonsense it is now seriously investigated by students and scholars all over the world. There are now several learned societies and academic journals exclusively devoted to various aspects of the esoteric tradition. Excellent introductions to the study of Western Esotericism has been written by Wouter Hanegraaff and Tim Rudbøg. 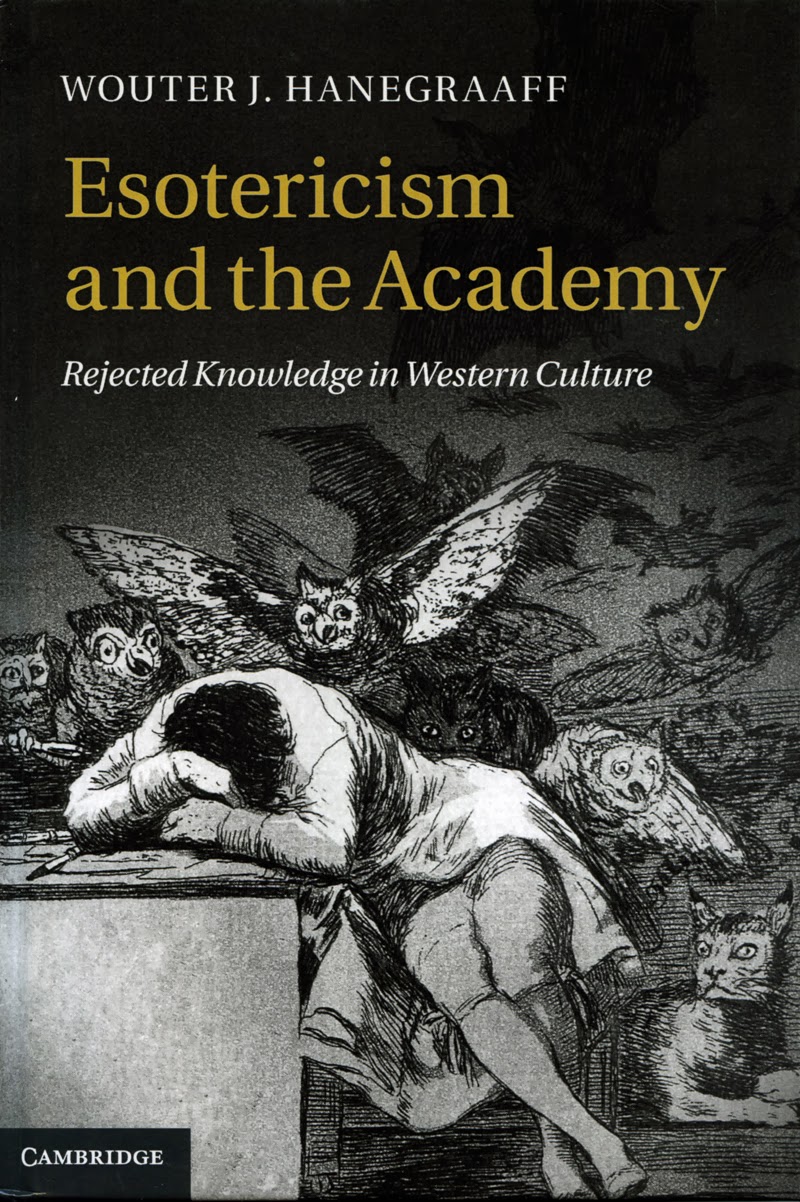 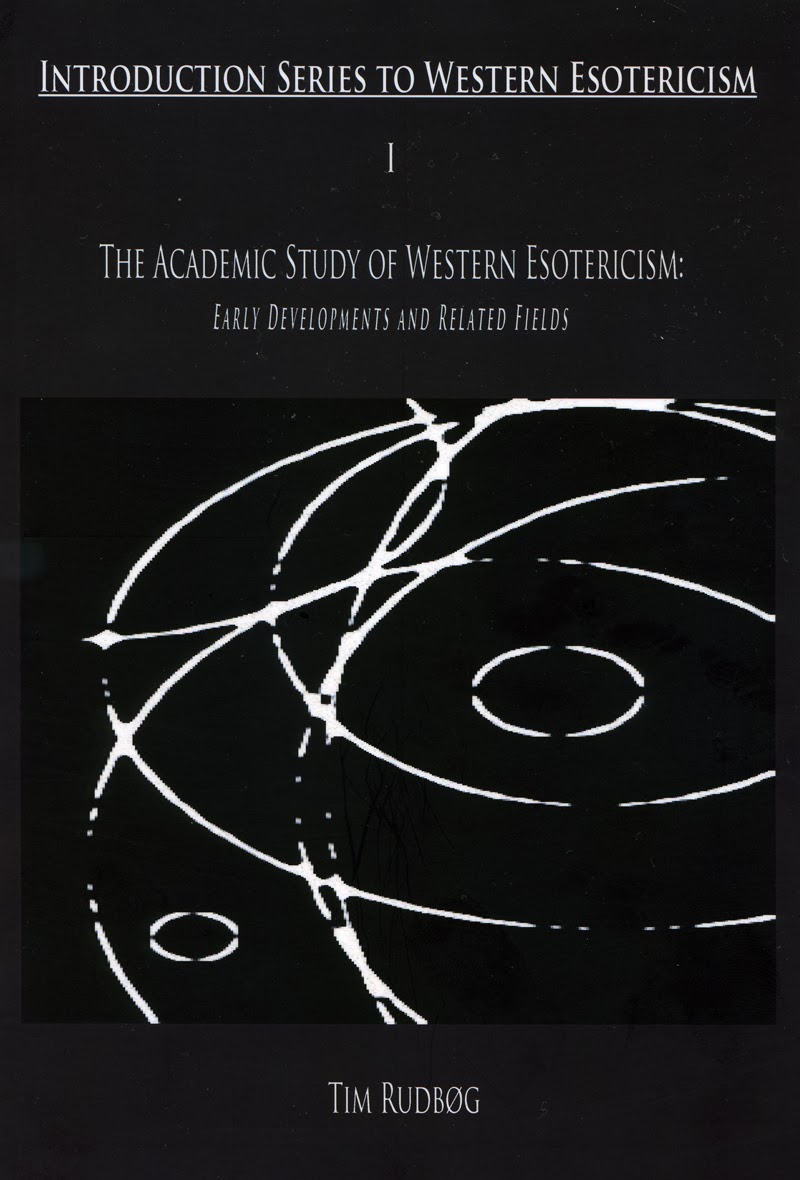 I have noticed rather few comments on this cultural renaissance from organized theosophists and esotericists, which is somewhat surprising. It should of course be welcomed by all students who adhere to the motto of the Theosophical Society: there is no higher religion than truth. An academic journal which is absolutely indispensable for serious students of Theosophy and its various offshoots is Theosophical History. It was founded in 1985 by librarian and scholar Leslie Price. Present editor is Dr. James A. Santucci, professor of Comparative Religion at California State University. 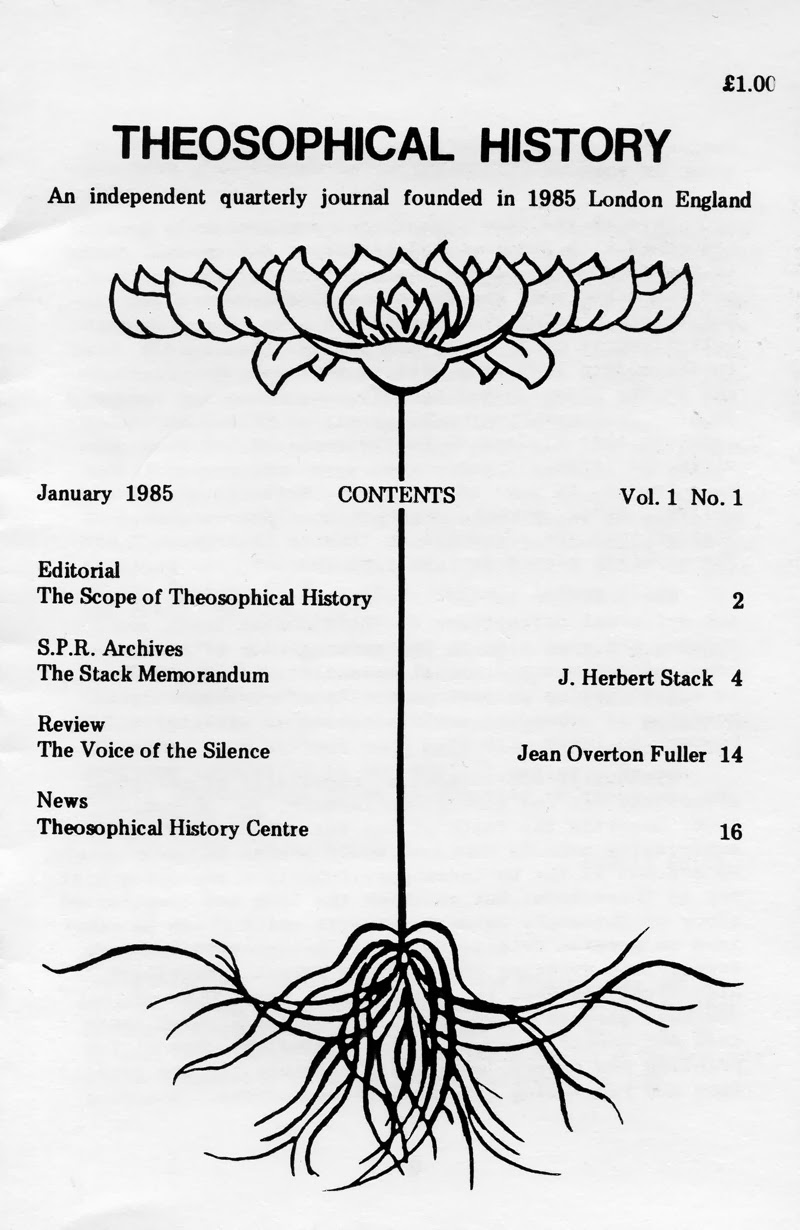 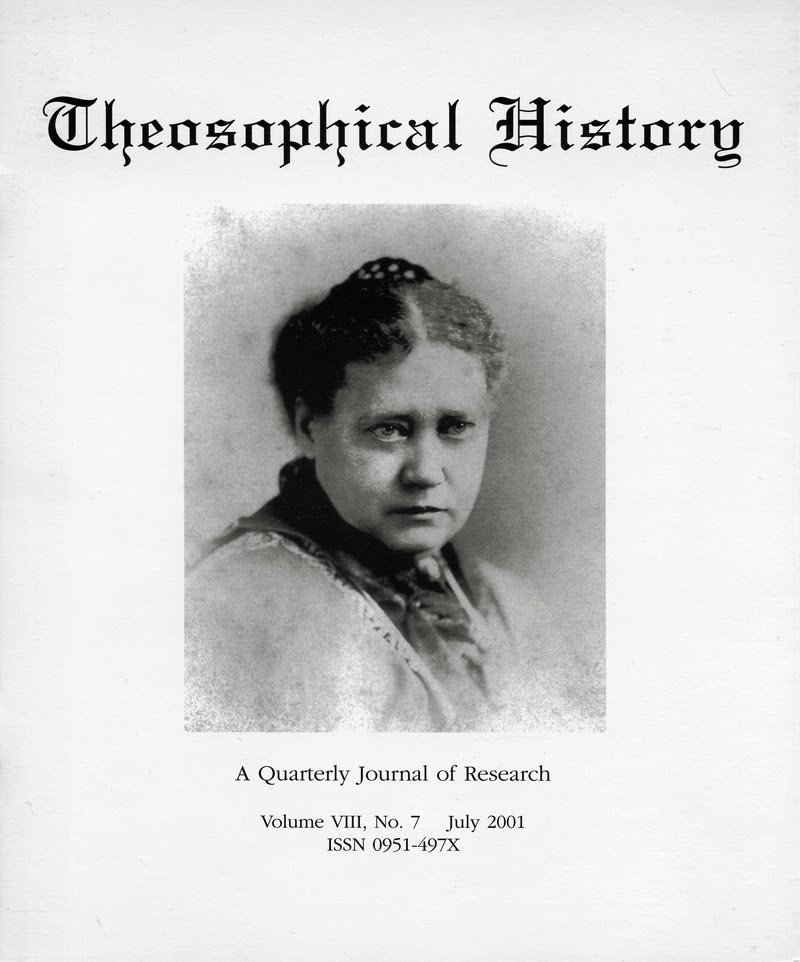 In my latest book Gudarna återvänder. Ufo och den esoteriska traditionen (Return of the Gods. UFOs and the Esoteric Tradition) I devote one chapter to the, among theosophical scholars, totally unknown Swedish esotericist Henry T. Laurency, pen name for Henrik von Zeipel (1882-1971). Laurency was an exceptional intellectual who studied philosophy at Uppsala University. His teachers were the famous Swedish philosophers Axel Hägerström and Karl Hedvall. For most of his life Laurency also studied the basic tomes of the esoteric tradition, especially Helena P. Blavatsky, Charles Leadbeater and Alice Bailey. He wrote several books presenting the Ancient Wisdom with a modern and scientific terminology, most of which can be found in English translations at the official website of the Henry T. Laurency Publishing Foundation. His personal biography can be found in Knowledge of Life, Four. Of interest is his claim that the books were "dictated" by an adept in the planetary hierarchy: "The Knowledge of Reality is not my work, even though I was the instrument holding the pen that wrote it, and was made to rewrite every page until the content was approved as being correctly perceived." Laurency named his presentation of the esoteric tradition Hylozoics.

I discovered the books by Laurency in the late 1970s and contacted Lars Adelskogh who subsequently became the director of the Henry T. Laurency Foundation and heir to the legacy of the Laurency archives. Between 1981-1986 I was associated with Lars Adelskogh studying and promoting the books by Laurency. Unfortunately this partnership came to a sad end when I discovered that Adelskogh mixed his interest for esotericism with political right wing extremism and antisemitism. In 1986 this came as a chock to me and resulted a period of complete scepticism to all things esoteric and spiritual. Instead I became a member of the Swedish Secular Humanist Association and in a cultural radical and anti-cult tradition wrote several very critical articles on esotericism, Laurency and Adelskogh. I was then of the opinion that esotericism actually could be regarded as a front for right wing politics. 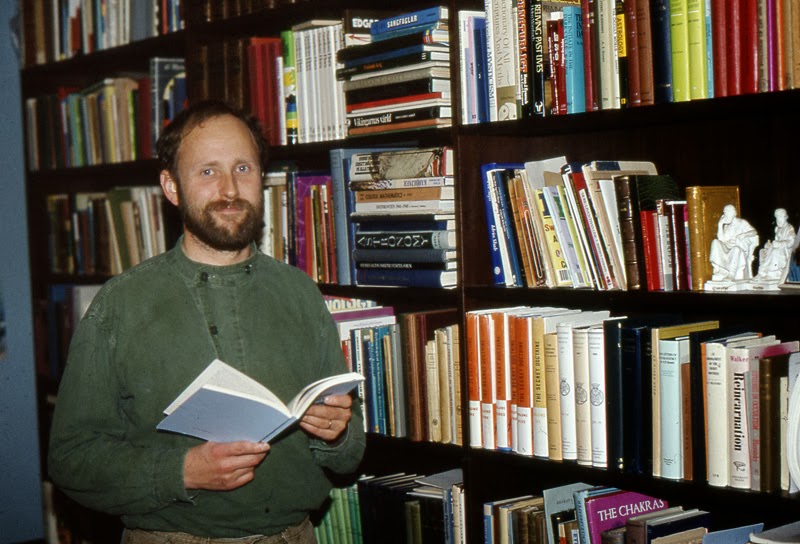 Lars Adelskogh at his home in Skövde, Sweden, 1984

Many years later when I resumed my study of esotericism and the books by Laurency I discovered to my amazement that the esoteric tradition was essentially politically left wing. This is especially noticeable in The Key to Theosophy by Blavatsky and the writings of Alice Bailey. There is of course also right wing esotericists, as documented by Nicholas Goodrick-Clarke in his excellent Black Sun. Aryan Cults, Esoteric Nazism and the Politics of Identity, but they must be regarded as not in line with the ideas of mainstream esotericism. Personally I find it somewhat of a tragedy that Lars Adelskogh has chosen to associate Laurency and the esoteric tradition with neonazi groups and antisemitism. Adelskogh has created a politically potentially dangerous blend of esotericism, holocaust revisionism, Traditionalism (Perennialism), antifeminism and other antimodernist ideas. This has thrown a dark shadow over esotericism in Sweden as the subject has become associated with right wing extremism. Why Adelskogh has entered this path is an enigma as his ideas are anathema to the philosophy of esotericism and even contrary to the writings of Laurency himself as this quote from The Way of Man proves: "We incarnate in all races, frequently changing our sex, belonging to all religions, etc., in succession. If we despise a certain race, etc., it may happen that we are reborn in that race. Thus for instance Nazis have to incarnate as Jews and Jews as Nazis until they have ceased to hate each other. Oppressors will be among the oppressed in a new incarnation. The law of reaping is a law of justice." 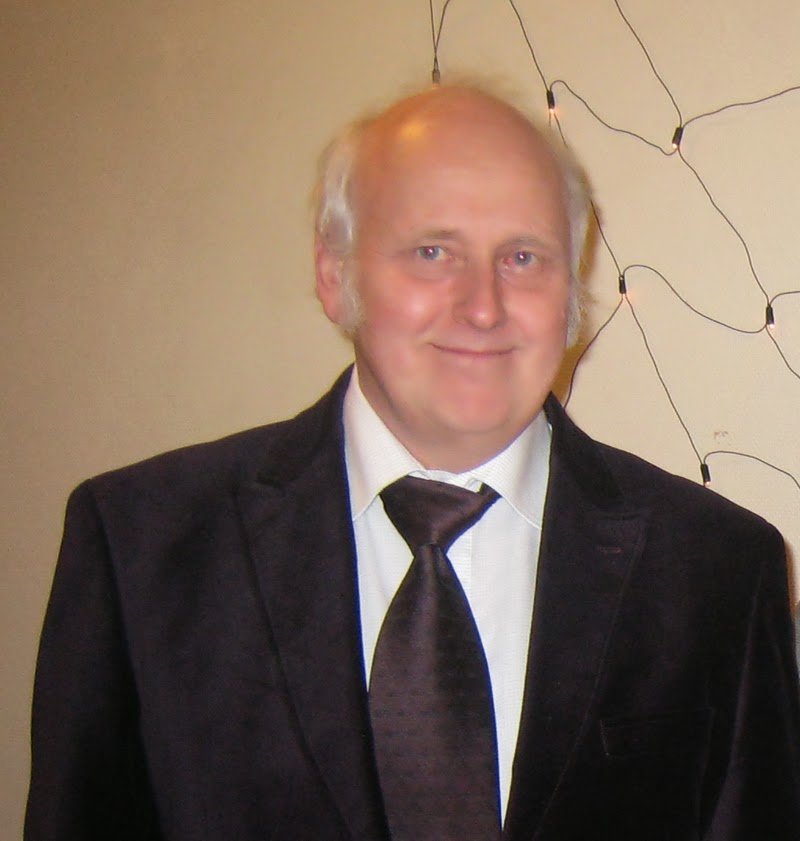 Lars Adelskogh at a lecture in Uppsala January 20, 2009

In defence of Lars Adelskogh I emphasize, in spite of his political views, that he is a very erudite esotericist and has made a valuable cultural contribution by publishing the writings of Henry T. Laurency. I assume that the international academic community of esoteric scholars will soon discover Laurency as he is a extraordinary intellectual and a fascinating iconoclast among esotericists because of his harsh, almost Blavskyan, criticism of other authors in the genre. Regarding this writing style he comments: "Readers have taken offence at “unnecessarily harsh” statements in The Philosopher´s Stone and The Knowledge of Reality. I am fully aware that “too harsh utterances irritate more than they give cause for reflection”. It has become ever more apparent, however, that formulations aimed at smoothing down do not make the necessary impression...Treating people with kid gloves you achieve very little. They will observe you, put you on the shelf, and forget you." 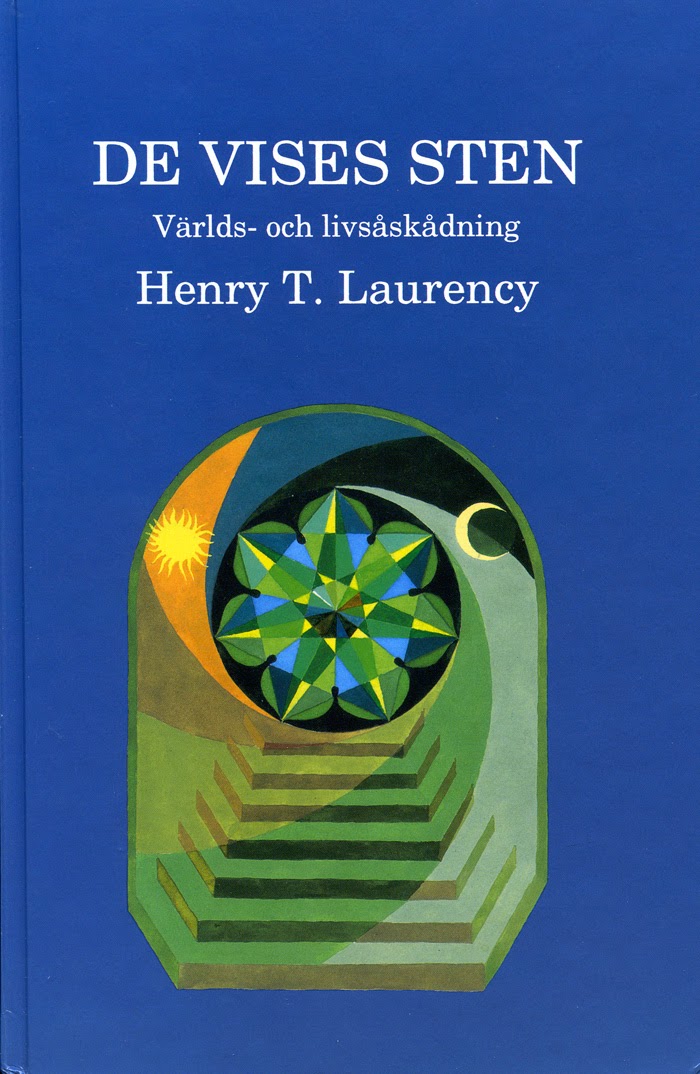 Swedish edition of The Philosopher´s Stone

Students who enter a study of Laurency will immediately notice a few idiosyncrasies in his philosophy. He often has very critical remarks on democracy without presenting a political alternative. This could be taken as an excuse for a fascist view but this is not a correct interpretation. Laurency is clearly a definite opponent of all forms of totalitarianism. Very peculiar is his total misunderstanding of social democracy, which he equates with communist dictatorship. His views on socialism are definitely not in line with his favourite esotericists Blavatsky and Bailey. A third pecularity is his absolute dislike of biographies, which he regards as an infringement on privacy. Given these ideosynchracies reading the books of Laurency is an intellectual challenge.He has presented one of the best and most erudite formulations of the esoteric world view aviable, even in an international perspective.

As an academic philosopher Laurency especially addressed the basic scientific, ontological and epistemological issues and problems confronting students of esotericism. He often pointed out that the only scientifically and intellectually tenable attitude to the esoteric worldview is to regard it as a working hypothesis: "To scientists without experience of other worlds than the physical, hylozoics can, of course, be only a working hypothesis" (Laurency, The Way of Man, p. 39, online version). Incidentally this is also the position recommended by the Tibetan, D.K., in the books written by Alice Bailey: "Our attitude should be that of reasonably enquiry and our interest that of the investigating philosopher, willing to accept an hypothesis on the basis of its possibility... Those open minded investigators who are willing to accept its fundamentals as a working hypothesis until these are demonstrated to be erroneous. They will be frankly agnostic..." (Alice Bailey, A Treatise on White Magic, 1971 (orig. 1934) pp 6, 32).

As information on Henry T. Laurency and Hylozoics in Sweden is so scarce I have published the chapter on Laurency from my new book on my homepage. Unfortunately it is only in Swedish but a Google translation may be of some help.