Gordon Creighton and the FSR archives

This Christmas holiday I spent two days unpacking the extensive Flying Saucer Review archive graciously donated to AFU by Edwin Joyce. The collection now occupy 35 shelves in one of our premises. We are very grateful and happy to have been chosen as the custodians of this exceedingly valuable collection. Unfortunately the material is rather disorganized. Many boxes contained a chaotic combination of clippings, correspondence, articles and UFO reports. Sorting this out will not be easy as Gordon Creighton often put together various items with eight or ten small staples which now have become rusty and difficult to remove. But the collection is a historical treasure trove of data. Clas Svahn has, as usual, been the principal negotiator with Edwin Joyce regarding this donation. It has taken more than ten years to convince Edwin that AFU is the best option for preserving the FSR archive. Clas regard these discussions as one of his foremost achievements in his persistent efforts to save valuable international collections. I agree. 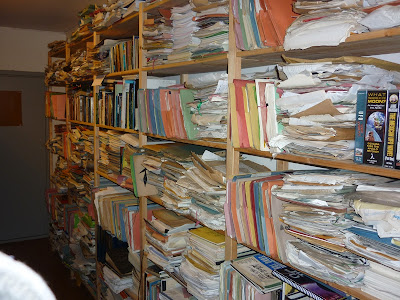 Part of the FSR archive at AFU 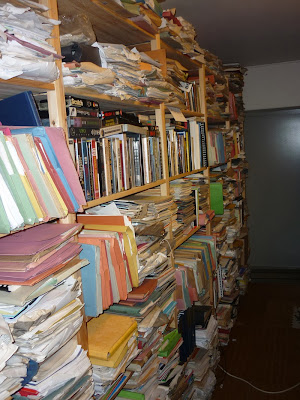 From what I have been able to estimate, doing a basic survey, the oldest material is from the 1960s. The first generation FSR archives are lost forever due to the wifes of editors Waveney Girvan and Charles Bowen. At a meeting with Jacques Vallee in 1970 Charles Bowen lamented the situation: ""At the death of Waveney Girvan, our first editor," he said tearfully, "there was nothing left of the Flying Saucer Review. The archives, the files, even the collection had disappeared. Girvan´s wife disposed of them. She hated the whole subject... Just like my wife."" (Jacques Vallee, Forbidden Science, Vol II, p. 22). A good reminder to all ufologists and forteans out there, whether male or female, to brief your prospective partner of your strange, outsider interests, before falling in love :-) 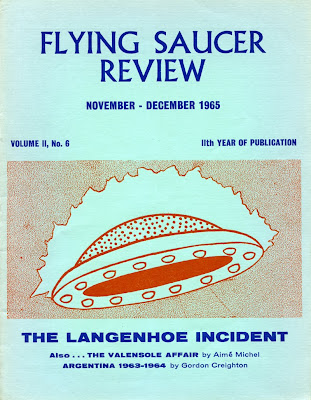 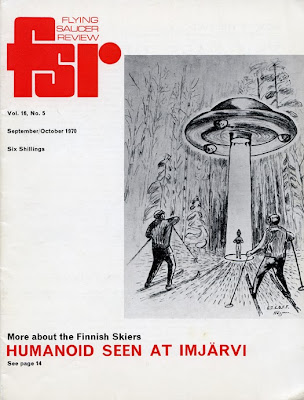 In a letter to Timothy Good August 8, 1985, Gordon Creighton commented on the sad history of the FSR archives: "... there are no FSR archives for 1957- anyway. I have never seen any or been able to trace any. Nor do there seem to be any for the period before I took over from Bowen, for none has come to me! I think it is an astounding state of affairs, worthy of much comment. In Bowen´s case I am sure it is due to his wife´s deep hostility to the subject and the need for a tidy house. When Waveney Girvan died, I made a dash there to rescue what I could of the archives - but got virtually nothing. The wife, deeply hostile to the subject, had probably burnt it all."

Gordon Creighton (1908-2003), was the editor of Flying Saucer Review from 1982. Between 1964 and 1982 Charles Bowen and Gordon Creighton cooperated in making FSR one of the most successful UFO magazines in history, attracting the best minds in the field. Bowen and Creighton were heavily influenced by the new ufology of John Keel and Jacques Vallee in the 1970s. But unfortunately this influence resulted in a more and more paranoid and religiously orthodox interpretation of the phenomenon. This became very evident when Gordon Creighton assumed editorship in 1982. In dark apocalytic visions he constatly warned readers of the demonic influence coming from the UFO entities. In spite of this new ideological trend many of the old ufologists and correspondents kept supporting FSR.

UFOs as demons was of course not a new idea. It had been propagated by fundamentalist Christians since the 1950s. It also influenced leading British ufologists in BUFORA. As told by David Clarke and Andy Roberts in the excellent Flying Saucerers. A social history of UFOlogy, Graham Knewstub and Roger Stanway resigned from BUFORA as they had become convinced that UFOs had Satanic origins. Field investigator Randall Jones Pugh built a bonfire in his garden and burned all his UFO and occult books. In an interview he claimed that "smoke billowed up in the form of a human being, and two hands began to reach out. He was scared out of his wits." (Clarke & Roberts, pp. 134-135). 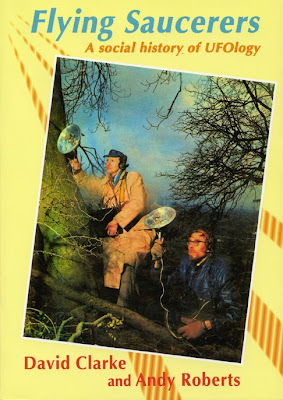 In his FSR editorial, vol. 28, no.6, published in August 1983 Gordon Creighton made this confession: "To conclude on a more personal note, it might at this point be right to add that the present Editor has known since June 1957 what the UFO entities are, but has been at some pains not to let this fact colour his contributions." But in the next issue of FSR, vol. 29, no. 1, he let the cat (demons) out of the bag with his article A brief account of the true nature of the UFO entities. From this article it becomes evident that Gordon Creighton derived much of his basic ideas on UFOs from Rudolf Steiner, founder of the Anthroposophical movement. According to anthroposophists UFOs are manifestations of the demonic Ahriman. The other enemy of mankind is called Lucifer. This was probably what Creighton "discovered" in 1957 as ideas from Anthroposophy coloured many of the articles in earlier FSR issues. Not surprisingly as between 1965-1974 Dan Lloyd was Assistant Editor of FSR. Dan Lloyd and his wife Eileen were leading anthroposophists in Britain.

In an article, Let´s take off our blinkers,  in FSR, vol. 15, no. 1, Jan-Feb. 1969 Dan Lloyd writes: "What, then, it may well be asked, are the physical manifestations of UFOs, that are so widely reported?... In order to answer this question, it should be known that there are on this earth other spiritual beings whose intention it is to prevent mankind following its true evolution... These beings, also known as the "lying spirits", are in the service of the cosmic being who has been known since ancient Persian times as Ahriman. In the Bible he is known as Satan." Ideas like these are now very popular in ufology and there are more and more books on UFOs as Djinns or demons. What a pity that old Gordon didn´t instead consider the more balanced interpretations of various phenomena presented by classic esotericists like Helena P. Blavatsky and Alice Bailey. But of course the iconclast Blavatsky called her journal Lucifer, not approved of by Christian mystic Rudolf Steiner. 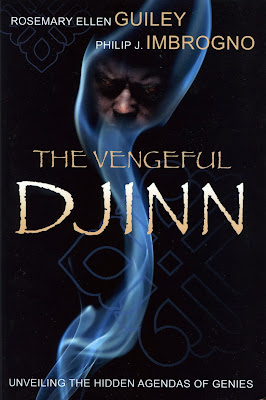 Speak of the Devil and he will appear, is an old phrase. If Gordon Creighton had taken this adage to his heart his editorials and articles would probably not have been so paranoid, looking for demons everywhere. This reminds me of a passage in the classic A Dictionary of Angels, Including the Fallen Angels, (1967) by Gustav Davidson. He spent years collecting data for his dictionary, corresponding with scholars and theologians. As angels and devils was constantly on his mind for years he made an interesting discovery: "we create what we believe". This became very evident in many ways to Gustav Davidson. He writes in the introduction: "I remember one occasion - it was winter and getting dark - returning home from a neighboring farm, I had cut across an unfamiliar field. Suddenly a nightmarish shape loomed up in front of me, barring my progress. After a paralyzing moment I managed to fight my way past the phantom. The next morning I could not be sure... whether I had encountered a ghost, an angel, a demon, or God... At this stage of the quest I was literally bedeviled by angels. The stalked and leaguered me, by night and day. I could not tell the evil from the good, demons from daevas, satans from seraphim... I moved, indeed, in the twilight zone of tall presences... I felt somewhat like Dante, in the opening canto of The Divine Comedy." 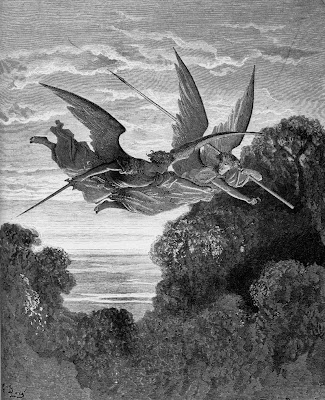 Gordon Creighton was a fascinating ufologist, erudite linguist and in several ways a remarkable man. His correspondence with people from all over the world is now preserved at AFU. This important collection will be of interest to scholars, historians, ufologists and forteans for years to come. But it will take us at AFU many months of work before his archive is in order.