As AFU is open on a daily basis we have a steady stream of visitors to the archive. University students searching information for their theses, especially from the disciplines ethnology, history of religions and history of ideas. Representatives from various organizations and achives asking for a presentation and demonstration of the AFU facilities and files. Field investigators from UFO-Sweden looking for data on specific UFO cases. People from the local community who borrow books from our extensive library and, during the summertime, holiday visitors just passing by for a chat and to have a look at the archive.

This week has been no exception regarding visitors. On Monday July 8, Clas Svahn arrived together with a team from the Swedish Utbildningsradion, Swedish Educational Broadcasting Company, Keith Foster and Sebastian Gröndahl. They are working on an series in English on UFOs and conspiracy theories and have recently visited the Roswell UFO Museum. Clas related some famous Swedish UFO cases, especially the Ghost Rockets of 1946 and I presented AFU and its history. The series will be sent during the spring of 2014. 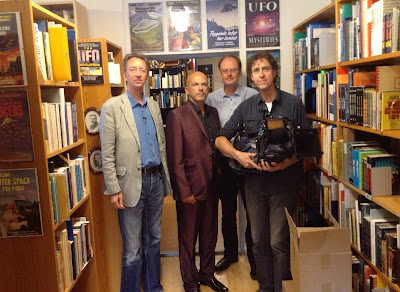 On Tuesday 9, we were visited by one of the real oldboys in Swedish ufology, Mats Nilsson, who started his ufological career already in 1967. He has for many years been a member of the UFO Sweden board and is responsible for the organization office. Mats is also editor of Rapport-Nytt, the UFO-Sweden magazine for members and field investigators. As usual he delivered a box with the latest issue of Rapport-Nytt for the archive. Mats Nilsson is one of the few Swedish ufologists who has written his memoirs, which we hope to publish soon. A fascinating exposé of his many years in the underground world of ufology. 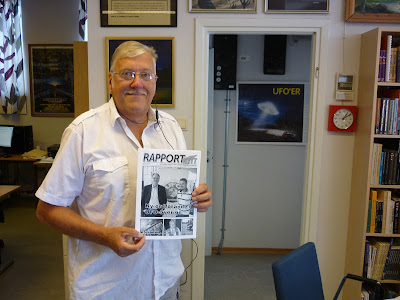 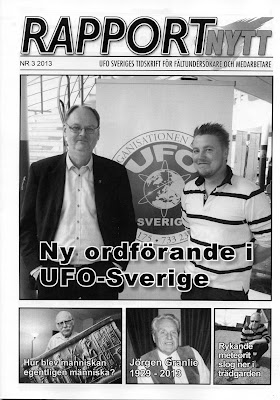 Yesterday, Friday 12, I met up at AFU with religious scholar Erik Östling, from the University of Stockholm. He is here for a two day visit searching for data on Swedish contactee Sten Lindgren. As I have for several years investigated and documented the case of Sten Lindgren and his organization Intergalaktiska Federationen - IGF - (The Intergalactical Federation) I provided my files for Erik to scan at AFU. The result will probably be an article in some scholarly journal on history of religions. 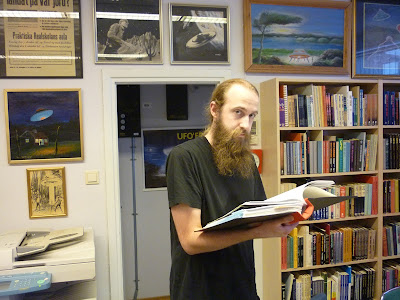 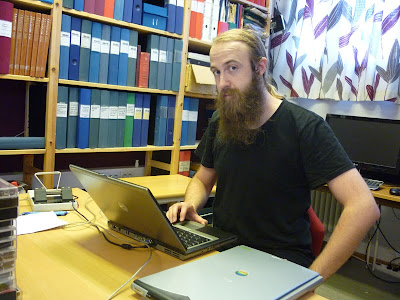 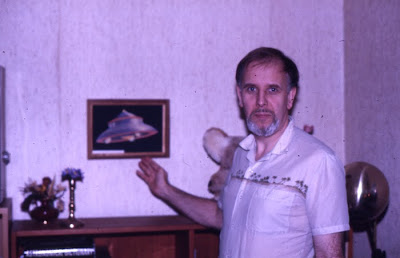 Between 15-20 people are working daily at AFU. One of our large and time consuming projects is scanning the enormous clippings files from Charles Fort Institute (CFI). So far 62,000+ clippings have been scanned. Bob Rickard of CFI has named us "heroic librarians", but I think the person best deserving this homage is my old friend and AFU collegue Anders Liljegren. Despite retiring from his work last year he is now working more than full time on a volunteer basis at AFU, taking care of economy and our large staff, besides doing a lot of the cataloguing of books and magazines. Anders is the rock of AFU and without his efforts we could never have developed to the largest UFO/Fortean archive in the world. That is what I call heroic idealism. 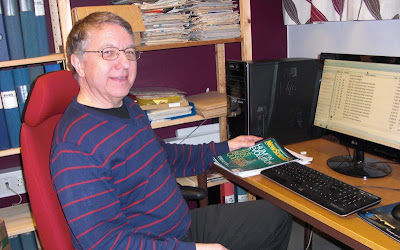