It is generally a good idea to return to the classics in any genre. This also goes for UFO literature. Rereading a book after ten or twenty years is a rewarding experience. You will discover new data and ideas you didn´t notice before. The reason, of course, is that you are, in many ways, not the same person reading the book the second or third time. Hopefully you have advanced in knowledge, experience, intellectual and spiritual discernment. I have made it a habit to reread, especially the contactee classics of the 1950s as there is in my view a deeper mystery involved in what happened during that era. The classic chosen for this blog is one of my favourites - Flying Saucer Pilgrimage by Bryant and Helen Reeve. 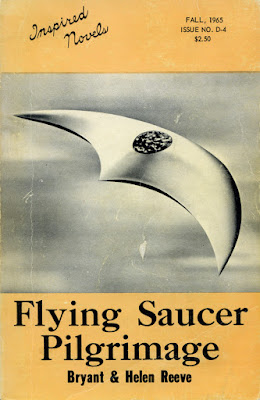 This book was published by Ray Palmer´s Amherst Press in 1957, with a second edition 1965. In an article in Flying Saucer Review, July-August 1957, Crossing The Cosmic Barrier, Bryan and Helen narrates how it all began: ”Please note that we both started out as sceptics. How come a stayed engineer like myself, working with a respectable and staid manufacturing company, and my perfectly sane and sensible wife – how come we ever entered upon so bizarre a venture as a flying saucer research? Well, a good friend burst into our home in 1953 with a copy of Flying Saucers Have Landed, by Leslie and Adamski, and that started a very hot argument!” 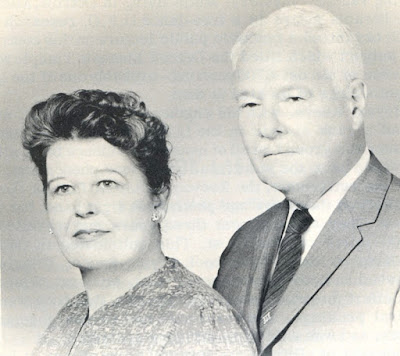 The Reeve couple wasn´t satisfied with arguments. They really wanted to know the truth about these flying saucer stories. So they invited George Adamski for a lecture in their hometown Detroit. What they didn´t realize at that time was that this initiative would result in a journey across the United States and Mexico, covering two years of time and more than 23,000 miles of travel. Bryant and Helen published the results of their research in Flying Saucer Pilgrimage, which gives a very good overview of the UFO contactee scene of the 1950s. The authors didn´t just want to interview the wellknown contactees but adopted the policy of trying to live with the contactees to get the ”feel” of their stories and personalities.

The beginning with the Adamski lecture in Detroit 1953 could have ended in real trouble for the Reeve family. With his inspiring jocularity and espri Bryant narrates what happened:
”I came home tired from work on evening and was greeted brightly by my wife Helen with the remark, ”Congratulations! You´ve just rented the Masonic Temple”.
”I´ve just rented what?” I yelled.
”The Detroit Masonic Temple – for the public to hear Mr. Adamski – only $1,200.00 – I signed you up!”
To say that I was ready to ”give the saucers back to the Venusians” was putting it mildly.” The Detroit Masonic Temple had 5,000 seats. The pre-sale of tickets was not too encouraging and it was a rainy day. But Bryant was in for a big surprise. 4,700 people attended George Adamski´s lecture.

After this success Bryant and Helen continued inviting several contactees and authors to lecture in Detroit: Truman Bethurum, George Hunt Williamson and Desmond Leslie. There is an interesting sidelight to the Leslie lecture in October 1954. Leslie mentioned that during his American tour he had met a U.S. Air Force officer who confirmed the rumor that a flying saucer had landed at Muroc/Edwards Air Force base and that President Eisenhower was taken to see it. This story was first introduced by occultist and contactee Gerald Light (Dr. Kappa) in a letter, April 1954, to Meade Layne, director of Borderland Sciences Research Foundation (BSRF). The original letter is preserved at AFU. 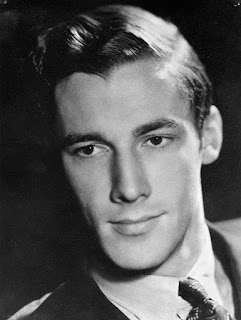 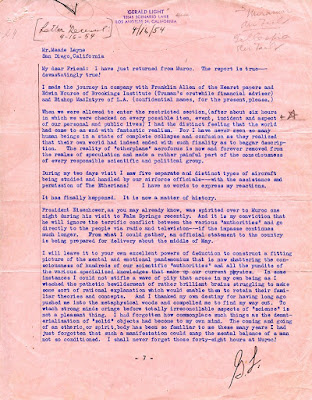 In August of 1954 Bryant Reeve retired from his work as engineer. The couple sold their Detroit home, bought a new car which they loaded with ”saucer books, tape-recordings of saucer lctures, a tape recorder, photographic equipment and the like”. Late in October 1954 they crossed the border at Laredo, Texas, heading for Mexico City with a six months´ Tourist Permit. Helen found an article about ”platillos voladores” in a Mexican newspaper, written by ”Senor Gebe”. They contacted this journalist which started a chain reaction of flying saucer activities for the Reeve couple. Their Mexico City apartment became an unofficial headquarters for saucer interest in the capital and they became quite well known as saucer experts, even appearing as ”typical gringo tourists” in a film, Rehearsal for a Crime, by distinguished movie director Louis Bunuel.

On January 7, 1955 Bryant Reeve lectured for an audience of over two hundreds Mexicans and friends interested in UFOs. It was during this lecture that Salvador Villanueva Medina the (Mexican Adamski) first told of his encounter and conversation with two spacemen some three hundreds miles north of Mexico City on the Laredo Road in August of 1953. Bryant and Helen decided to investigate his story thoroughly and together with their friend Billgey, Senor Gebe and his son they travel with Salvador Villanueva Medina to the contact point. They interviewed Medina at the landing site, checking every detail, and took samples of the soil and vegetation. Bryant and Helen finally concluded that he had told the truth. 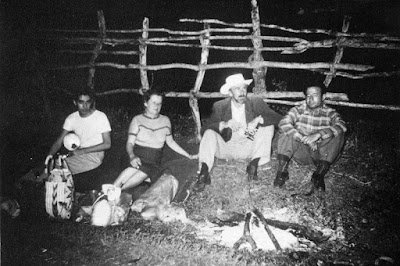 While in Mexico the couple received a letter from George Adamski. He arrived for a vacation in Mexico in March 1955. During his stay Bryant and Helen arranged a lecture by Adamski at the Insurgentes Theatre in Mexico City. In large letters appeared the sign ”Conferencia Los Platillos Voladores Por George Adamski”. 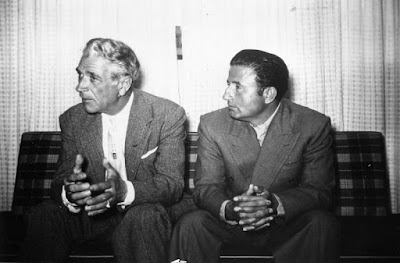 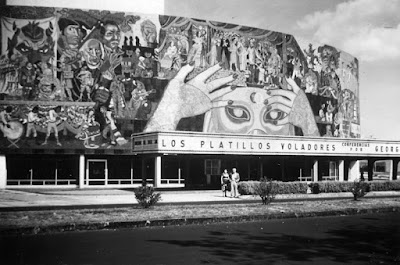 Helen and Bryant in front of the Insurgentes Theatre, Mexico City

After six hectic months in Mexico, Bryant and Helen continued their journey into USA, crossing the border at El Paso, Texas. Not far from the little town of Joshua Tree, on their way to visit George Van Tassel at Giant Rock, they observe a cigar-shaped craft moving over a mountain some miles away. They spend several days with the Van Tassel family and are also invited to attend one of Van Tassel´s psychic communications with space people, in the room beneath the Giant Rock. Bryant narrates: ”I am not myself ”psychic” at all – no more than a fence post! But I am rather sensitive to mild electric currents, to radiations and currents of energy, and I personally felt an amazing flow of energy in that room. It was something like a galvanic current through my body. I noticed that it manifested itself with particular strength before and during that contacts made by Van.”

Next stop on the Reeve´s pilgrimage was San Diego, where the spent several months with Meade Layne and the unique deep trance medium Mark Probert. This long visit proved to be seminal in the couples search for answers to the UFO enigma. They now realized that ”flying saucers are more than a mere physical manifestation”. In a summary and evaluation of their journey and experiences Bryant Reeve remarked: ”… I believe the greatest thrill of all for me came in San Diego when with the help om Mark Probert we talked to his Inner Circle! For the first time on our entie pilgrimage I felt that we personally had made a contact with advanced intelligences who could give us worthwhile information from a cosmic viewpoint.” (p. 276) 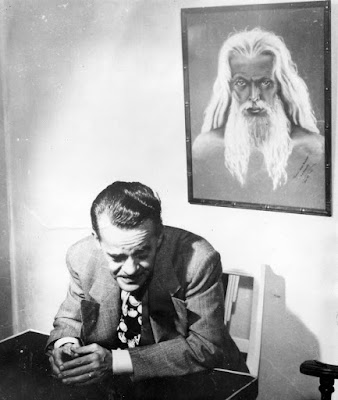 Bryant and Helen also visited Daniel Fry, Orfeo Angelucci and many others. They did find some contactees that were obvious frauds or imposters but no names are mentioned. The Reeve´s pilgrimage is a very good example of the Jacques Vallee statement that UFO research is a ”process of initiation”. Flying Saucer Pilgrimage ends with the conclusion: ”The quest for knowledge of outer-space has turned into the quest for knowledge of LIFE itself – and that never ends!”

In a follow-up book The Advent of  the Cosmic Viewpoint (1965), Bryant Reeve continue and deepen the quest for knowledge, entering the world of psychic research, paranormal phenomena and metaphysics. In spite of their extensive quest for a new worldview Bryant and Helen never appears to have studied the Esoteric Tradition, Theosophy, Alice Bailey etc. Although they do mention that ”from our analysis, the teachings of the space beings appear to support many of the principles taught in oriental philosophies by seers of the Far East.” (p. 244, Pilgrimage). 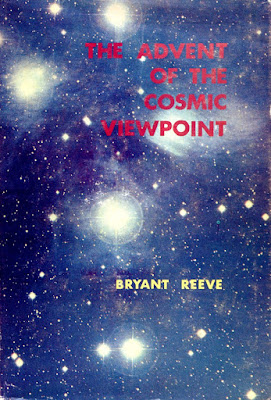 Edith Nicolaisen, founder of the Parthenon publisning house, corresponded with Bryant and Helen Reeve 1958-1966. Edith received the publishing rights for a Swedish edition of Flying Saucer Pilgrimage, but the project was never implemented due to lack of ”idealistic” translators and lack of money. Very unfortunate as this classic from the 1950s is a joy to read with an abundance of information on the inside world of the original UFO contactees. It also represents much of the early hope and vision for a better world inspired by the contacts with space visitors. 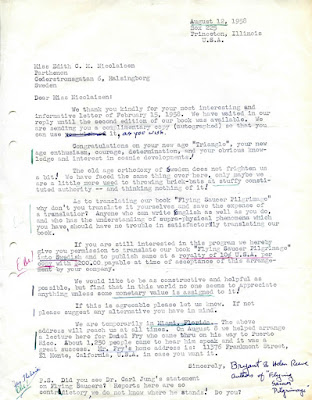