The Contactee Who Drove a MIB-car

In my large research file on the Richard Höglund contact case there are several very unusual and intriguing experiences and statements, coming from a Swedish labourer in the 1960s. Very few of the general public in Sweden at that time knew anything of the Men-In-Black (MIB) phenomenon. But Richard Höglund narrates som surprising experiences during his work with the alien visitors in the Bahamas. 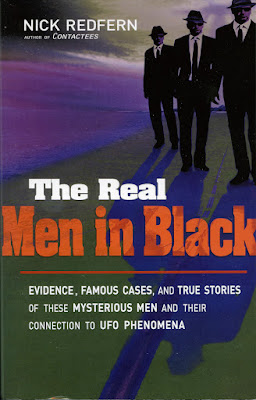 Richard wrote a letter from Nassau to his friend Gösta Johansson, January 11, 1969: ”I hope that one day I can tell you why we are here, but now it is impossible. We have our own car here, a large black Cadillac. But you must understand we are under a certain control.” Later Richard narrated some further details about the car to Gösta Johansson: ”They had stayed at a villa (in Nassau) and he had driven an old, black Cadillac. It was old but looked like brand new. It was good driving but the strange thing was, you couldn´t collide with it, as it turned away by itself. The car had a magical eye, that´s what Richard called it. Very easy to drive when you found out how it worked.” (Interview with Gösta Johansson February 13, 1980).

Researchers of close encounter and contact experiences will immediately recognize this description as the classic cars used by the so-called Men-In-Black (MIB). John Keel encountered them several times during his investigations in the 1960s. “On a number of occasions I actually saw the phantom Cadillacs as advertised, complete with sinister-looking passengers in black suits. On Long Island, following the directions given me in an anonymous phone call, I pursued one of these cars down a dead-end road where it seemingly vanished into thin air (there were no side roads or turn-offs).” (John Keel, The Eighth Tower, p. 141) 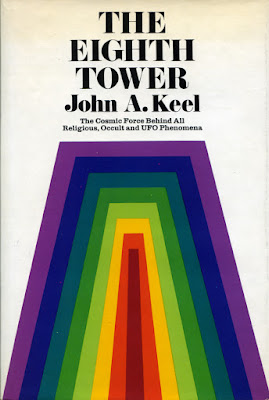 There are hundreds of MIB-cases documented but I have never heard of a contactee working with an alien group, that has been allowed to use a MIB-car. Richard ones told Gösta Johansson: ”I have even been entrusted with taking care of their car”. (Nov 6, 1984). This car was obviously owned by a very special individual, Lou Chesler, active in real-estate development in the Bahamas and a frontman for organized crime boss Meyer Lansky. Richard Höglund and his wife Gunvor worked for a time in 1968-1969 in the house of Lou Chesler and according to Richard he also met some of his alien visitors there on several occasions. 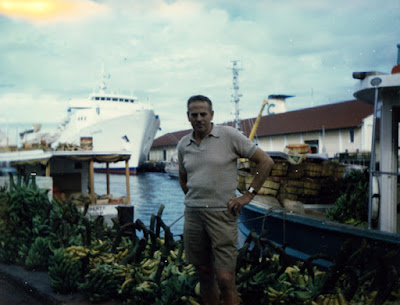 The connection between alien visitors and the mafia is certainly a riddle. Many times I have wondered if the complicated contact story of Richard Höglund was actually a front for some type of organized criminal activity or espionage? A sort of false flag operation to use a modern terminology. But the problem is that there are too much circumstantial evidence indicating real alien contacts. 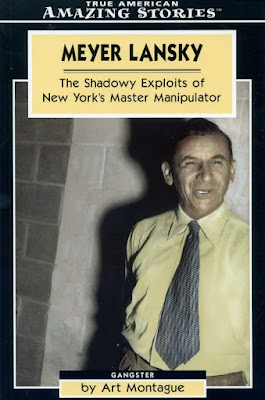 To get some kind of overview of the aliens involved with Richard Höglund I have made a summary of quotes from different witnesses I have interviewed. GH- Gösta Johansson, SJ – Sture Johansson, TJ – Turid Johansson, GH – Gunvor Höglund (wife of Richard Höglund). Readers not familiar with the case can find a summary in Earth An Alien Enterprise by Timothy Good (pp. 165-180) and more information here, here and here.

Physical apperance
Re. Photos of the aliens: ”I saw several pictures he had taken. None of them could be seen on the photos. Instead there was a lighted square, like the photos had been damaged by light” (GJ, Feb. 13, 1980)
”They could disappear into thin air. He told me that he had been sitting on a bench in the Bahamas, talking to two of them. When some people passed by he felt very ashamed because suddenly he was sitting alone talking. They were gone. But otherwise they seemed totally material. (GJ, Feb. 13, 1980)
”They were brown, like suntanned, dark eyes. Richard said they were musical and some of them interested in art. But on the other hand also totally insensitive to humans. (GJ, Feb. 13, 1980)
”Richards aliens had long fingers and pointed noses.” (GJ, May 24, 1978)
”Richard had never seen them eat, only drinking, even liquor. There were no women among them in the Bahamas.” (GJ, Oct. 23 1980) 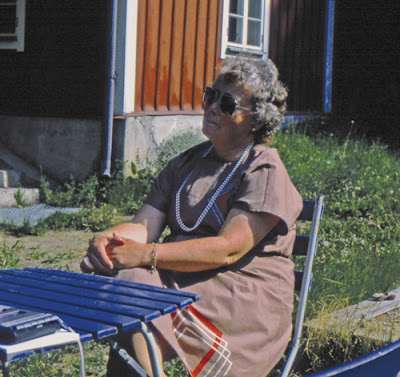 Psychology
”He doesn´t trust them. They say they don´t want an inch of our planet but maybe that is just talk and they have destroyed their own planet or something. He doesn´t even believe they are telepathic. (GJ, Feb. 13, 1980)
”They were not telepathic, maybe they had some form of technical device as help. Neither does he regard them as especially intelligent. If you ask them something you will not get an immediate answer. But the next time you meet them the answer may be given when they have talked to their leaders.” (GJ, Feb. 13, 1980) 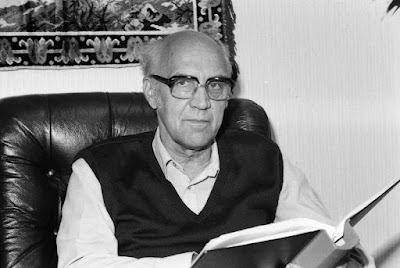 Saucers
”Richard could not stand up in the crafts. They were semitransparent. No cooking facilities. He did travel in their craft but I don´t think it was many times. He said the trip went extremely fast. They arrived in just a moment. But he became ill on these travels.” (GH,  June 1, 1984)

Richard´s work for the aliens
Somehow he was a spy, but no ordinary spy. (GJ,  Feb. 13, 1980)
Richard once said that he translated from some kind of computer language to Swedish. He got papers from them with only numbers. The numbers faded for each day and he had to translate before they were gone.” (GJ, Feb. 13, 1980)
They spent much time on Paradise Islands. They had a base on an atoll far out. (GJ,  Feb 13, 1980)
Richard met a Russian in the Bahamas who had been in contact for twenty years. Other contactees were backed up by organizations and travelled free but Richard hadn´t succeeded with that for which he was heavily criticized. (GJ, Feb. 13, 1980)
”I cannot and am not allowed to disclose what we are doing here but I can reveal that we are attending a sort of school and then you realize that there are interplanetary teachers involved.” (Postcard from RH, Jan. 16, 1969). 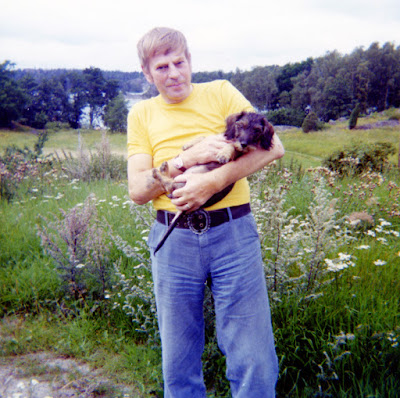 ”Richard was to help them prevent a third world war.” (GJ, May 24, 1978.
”After the third trip to the Bahamas Richard was picked up, travelling in the saucers. He drove to a secret place were ha could park his car. He became sick during his first trip. (GJ, Mars 5, 1981).
”After the first trip to Mexico, Richard travelled many times and was gone around one month. When he came home he was suntanned.” ( GJ, Mars 1, 1984)
”Richards basic motivation for working with the aliens was that he believed helping them preventing a third world war.” (GJ, Mars 22, 1985)
”Richard had small notes with numbers on them that he translated. During his last years he said concerning these notes: I have some notes here and I have to hurry before they fade. They faded in about two weeks. (GJ, May 3, 1986)
”He believed somehow that he was to get money from them, get some kind of help, but that never happened.” (GH, June 1, 1984)

Good or evil?
”Gunvor believes she has seen the angels of God, but I don´t think so, said Richard”. (Gösta (GJ, Feb. 13, 1980)
There was a black man, called Loftin, and a Russian on the same course. Loftin proved to be a CIA-agent and was later found on Little Exuma with a hole in his head. He had revealed some things so he was shot, executed. (GJ, Feb. 13, 1980) 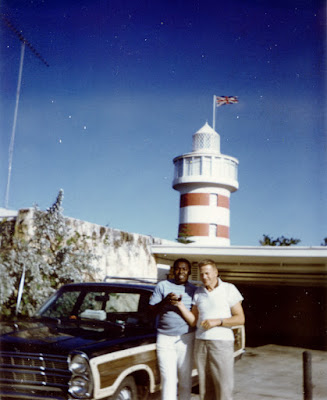 Loftin and Richard in Nassau

Among them he felt like a monkey in the Zoo. They are totally callous and can witness the most brutal torture. It doesn´t affect them the least.” (GJ, Feb 13, 1980)
”Sometimes I wonder if humanity has lice. Someone is living on us and let us do the work for them? According to Johny Lindell (contactee) that is the truth. The Mafia have to pay them money”. (GJ, feb 13, 1980)
”They said that money is no problem, the world is full of money” (GJ, May 24, 1984)
”Gunvor confessed she had not told all she knew. Still she was afaid she had talked too much” (GJ, June 4, 1984)
”After the second trip to the Bahamas Richard told Gösta Johansson: Quit your UFO interest. They don´t like people prying into this.” (GJ, Nov. 6, 1984)
”Richard ones said: They can witness the most terrible torture and it doesn´t matter anything to them. They are not morally advanced, regarding us a domestic animals.” (GJ, Nov 6, 1984)
”Sometimes after the trip to Mexico 1968 Richard said: I have been forbidden to write but this aught to come out somehow”. (GJ, Oct. 28, 1985)
”According to Johny Lindell Richard´s aliens were a mafia”. (GJ, June 26, 1991)
”The moved their base when Loftin died in the Summer of 1968. He disclosed where their base was located to the CIA. Suddenly there were CIA-agents everywhere, Richard narrated.” (SJ, Oct. 27, 1973).
”He said he really doesn´t know what they want. Personally he believes they are enslaving us. He doesn´t dare to pull out because then he will not be alive. There have been six or seven contactees but only two are left, working as couriers. The others have been terminated, none of them are alive.” (SJ, Oct. 27, 1973)
”I always carry some pills in case I cannot take it anymore. You don´t know what kind of hell I´m living in”. (TJ, Oct. 27, 1973)
”My name must have come up in a lottery somewhere” (GJ, June 1, 1984) 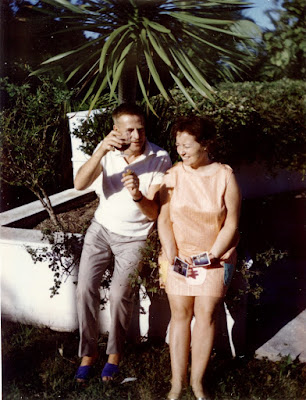 Richard and Gunvor in the Bahamas

Richard Höglund was a reluctant contactee. During his first contact experience he claimed his kidneys had been healed by a group of aliens and because of that he, from the beginning, felt compelled to work for them in various international schemes. Richard travelled to their bases in Bahamas and Mexico during his active involvement with the alien group between 1965-1977. But he differed from the ordinary contactee in that he was very doubtful regarding their true motives and noted that their morals were not very  high. Richard was actually afraid of these aliens and didn´t always believe what they told him. "I don´t know if they are Gods or devils", he once told his friend Gösta Johansson. He didn´t dare stop working for them and towards the end of his life he told my ufologist collegue Åke Franzén to beware of this group as they were dangerous. Whatever happened to Richard Höglund circumstantial evidence clearly indicates that he was involved with some secret group, whether a spy organization, international mafia or alien earth based group.