In August 1989 AFU collegue Anders Liljegren and I succeded in rescuing the exceedingly important correpondence files of Swedish UFO research pioneer K. Gösta Rehn, for many years the APRO representative in Sweden. We found them dumped in a container. 32 binders of correspondence with UFO witnesses, ufologists and scientists from all over the world. A treasure trove of fascinating data giving personal insights into the UFO movement of the 1950s, 60s and 70s. The last couple of days I have once again read all the 220 letters exchanged between K. Gösta Rehn and Coral and Jim Lorenzen, the founders of Aerial Phenomena Research Organization (APRO) in 1952. The letters covers the period 1958-1979. 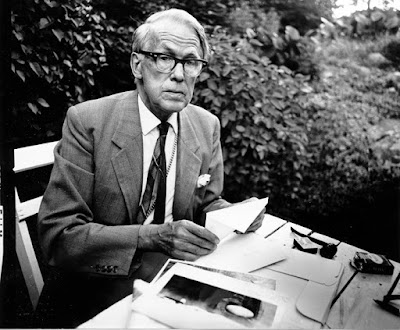 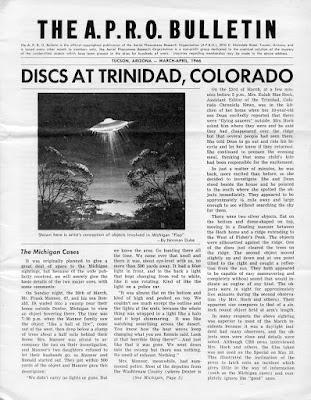 The APRO correspondence is especially important as the APRO archive is unfortunately not accessible. The sad story of how this unique archive was lost to the UFO research community was given by Clas Svahn, UFO-Sweden, in an article 2000. The APRO files are still, as far as I know, stored in a warehouse belonging to Mr. Bryan Myers and Ms. Tina Choate in Sedona, Arizona. Hopefully they will make this unique collection open and accessible in the future. Without archives we have no history, only anecdotes and hazy memories. 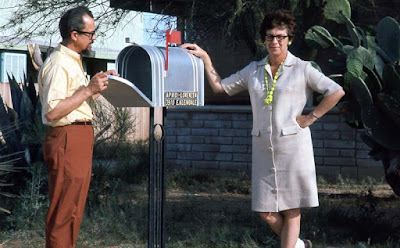 K. Gösta Rehn became the Swedish APRO representative in 1958. He corresponded mostly with Coral E. Lorenzen and they soon became very intimate friends, not just discussing UFO issues but writing about everyday problems, diseases, life and philosophy. The first formal letters soon changed in tone and were later often signed Love and kisses. This was probably because Gösta (Gus) and Coral found out they shared many views not just on UFOs and research but on life in general. In a letter December 18, 1959 Coral wrote: "I am probably as irreligious and radical as you are; that is something we will be able to talk about a lot and you shall find a kindred soul. I hate tradition, hypocrisy, short-sightedness, etc. etc. with a purple passion. I was raised a Baptist and got wise to the religion racket when I was about 12 years old. I am nothing now and cling to some fundamental convictions of my own - a supreme being is about as far as I´ll ever be able to commit myself as far as religion is concerned... No, you didn´t misstep Gus - it´s refreshing to correspond with someone like you, believe me." 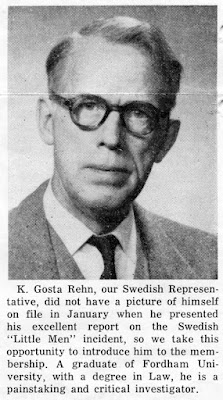 K. Gösta Rehn was 60 years when he became an APRO representative in 1958. In spite of his age he was in good health with an exuberant intellect and soon engaged in field investigations, documenting Swedish close encounter cases and regularly sending manuscripts to be published in The APRO Bulletin. He introduced himself in a letter September 12, 1958: "I am grown-up, all right, 60, not a crank or crack-pot, ex-American with 20 years stay in the USA, since 1939 amanuens in the Swedish State Power Board, Stockholm. I have been writing some articles for a Swedish magazine, engaged in cultural debate. I am a Batchelor of Law and Batchelor of Arts (Fordham)." 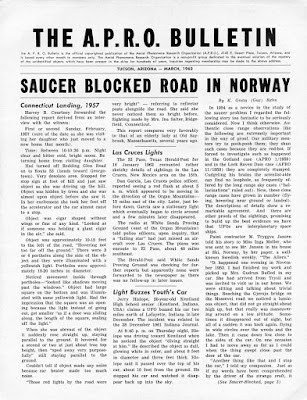 To the Lorenzen couple and K. Gösta Rehn it was self-evident that UFOs represented interplanetary visitors travelling in physical, technological craft. Like Robert Hastings has noted today, they were aware of that many observations were close to military installations and nuclear weapons sites. In 1959 Coral Lorenzen and the Brazilian APRO representative Dr. Olavo T. Fontes, M.D., interpreted this as preparations for an impending attack: "In short, we expect an attack of some kind in the not too distant future. We think we know how they will do it, and control the panicked population at the same time. We are convinced they are building bases in preparation, at the present time. Fontes is more optimistic about the possibility of defense than I am - I think we would be fools to try to defend ourselves." (Letter, October 22, 1959) Later Coral presented a somewhat more philosophical view regarding possible hostility: "... we cannot hope to devise a defense against a race which is obviously thousands of years ahead of us, despite the fact that at least 6 discs have crashed, and we are using their basic principals as best we know how...  I don´t think they are aggressive just be to aggressive, Gus. I think they consider the people of this overpopulated world to be dangerous to them, with space travel and nuclear fission and precious little spiritual maturity in our hot little fists. And I don´t think I can really blame them. I think they have maintained outposts here and there at the closest planetary systems throughout the centuries, watching for just such outbursts as they observed when we exploded 3 A-bombs in 1945. When you consider it in that light, the whole thing makes sense." (Letter, November 4, 1959). Personally I wonder why Coral didn´t think the other way around, that the UFO observations close to military installations were instead a control to make sure we didn´t start a nuclear war and destroyed our planet. But that idea could have been looked upon as an endorsement of the contactee messages of the 1950s, which both Coral and Rehn regarded as cultish nonsense. 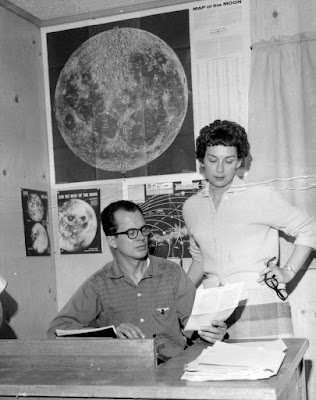 The letters also give a lot of detail on the constant competition and controversy with Donald Keyhoe´s organization NICAP, which was regarded as too conservative and a possible CIA front: "Someone must take the initiative and remain aloof and independent from the official.sponsored investigations. Someone, also, must objectively examine all of the evidence including the landing and occupant reports, which NICAP steadfastly denies." (Letter, March 11, 1967). "We´re pretty sure that McDonald is tied in with the CIA just as NICAP is. And he gets no more from us. He is a "secret" member of NICAP´s board - and they are the people who are constantly yakking about secrecy.". (Letter March 7, 1968). 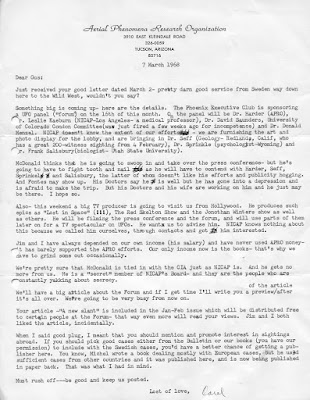 When evaluating and discussing contactee experiences neither the Lorenzen nor Rehn could "objectively examine all the evidence", possibly because of their aversion to anything that could be associated with religion. They simply disregarded the contactee cases with no serious investigation. Not a very scientific attitude. Coral referred to Orfeo Angelucci as "evidently a psycho case" (Letter, June 29, 1959). When Daniel Fry visited Sweden in 1970 K. Gösta Rehn wrote to Coral lamenting the visit and the "three masterpieces of drivel" he had written: "Coming up here, thinking he can fool stupid Swedes". (Letter, July 28, 1970). 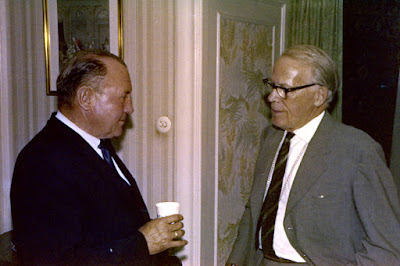 K. Gösta Rehn in conversation with Daniel Fry in Sweden 1970

The writings of Jacques Vallee and John Keel in the 1970s created an ideological dilemma among APRO representatives who usually were ETI proponents. Neither Lorenzen nor Rehn were happy with this new trend in UFO research. In a letter to Coral and Jim, March 7, 1974, Rehn discussed this problem: "I am a pianist, an amateur pianist, a worshipper of musical art. That´s my natural, innate signature. Consequently I am a mushhead like most artists. This might dispose me toward sympathy with the Keel-Vallee views on UFO. In fact, I tried to shake off my stern empiricist´s gloss and wrote a magazine article to that effect. I like them but I cannot svallow the parallels humanoids - fairies, ghosts and other entities." In spite of Rehn´s materialism and cultural pessimism he was a romantic and dreamer who even had some hope regarding UFO visitations: "How about the UFOs? Well, there is a faint hope that a supercivilization have gone through all these crises and have managed to survive with their technology. They might teach us how to survive." (Letter, May 25, 1974).

Going back to the indispensible reference work The Encyclopedia of UFOs by Ronald Story I find some interesting comments by Coral and Jim Lorenzen. In her position statement Coral writes: "There is a tendency toward "do your own thing" and little or no cooperation in the field. There are too many organizations and too many lone researchers who investigate cases, then file them away where they are unaviable to others for study." What a bizarre tragedy that that her own APRO archive today is unaviable to researchers. 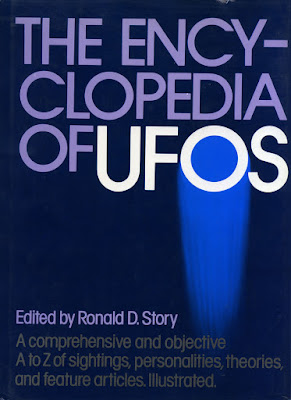 In his position statement in the encyclopedia Jim Lorenzen presents a more philosophical metaview of the UFO experience: "Perhaps we stand too close to the riddle and do not see the forest for the trees. Standing back a little we can see the outstanding characteristic of the UFO phenomenon: It is a mystery! What is the effect of a mystery? It causes us to think. To puzzle. To ponder. And our consciousness is raised. Maybe that´s what it´s all about? At any rate the journey is only begun and we have miles to go before we sleep...".

The Rehn-APRO correspondence has been digitized at AFU and anyone with a serious research interest in these files can have copy.