After many years of field investigation and documentation critical and scientifically oriented ufologists, Forteans and investigators of paranormal phenomena face the dilemma of finding a tenable and relevant theory, worldview or paradigm integrating all these diverse phenomena. Entering this realm becomes an intellectual challenge as the “paradigm market” presents a plethora of conflicting views and statements. But the existential implications of the unexplained phenomena forces the scholarly and open minded investigator to question mainstream science and philosophy. Journalist and Fortean John Keel expressed this challenge in his classic Operation Trojan Horse (1970):  “I tried to adopt a very scientific approach to ufology, and this meant that I scoffed at the many contactee reports. But as my experiences mounted and investigations broadened, I rapidly changed my views... I have dealt with thousands of honest, sincere witnesses by mail, phone, and in person. My skepticism has melted away, and I have turned from science to philosophy in my search for the elusive truth". 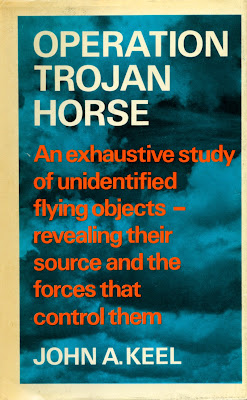 The investigator of edge or borderland science becomes an intellectual and cultural heretic and outsider as mainstream academic science is dominated by the reductionist and materialist paradigm which automatically discards anything challenging this basic worldview. There are of course a few brave academic scholars openly advocating a different view. Dr. Joscelyn Godwin at Colgate University, New York and Dr. Jeffrey Kripal at Rice University, Houston, Texas are excellent open minded culture radicals in this respect. 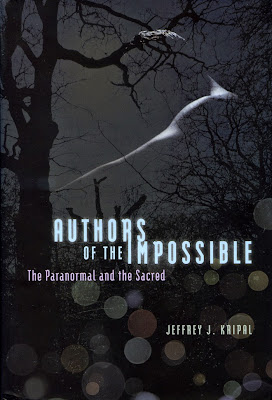 My personal 45+ years in borderland research has also included dealing with the existential aspect of UFO and paranormal phenomena. With my academic background in History of Religions and Philosophy this was inevitable. I entered an arduous intellectual journey with many ups and downs including temporary stops at various metaphysical groups, Secular Humanism and Skepticism.

In 1997 I became fed up with all the irrational and inhuman nonsense I had encountered in the UFO and new age movement and longed for the clear light of reason and common sense. The result became six years active involvement in the secular humanist movement, in Sweden represented by Humanisterna. For several years I was elected vice chairman and in 2003 editor of the magazine Humanisten. After some ideological conflicts I left the organization in 2004. 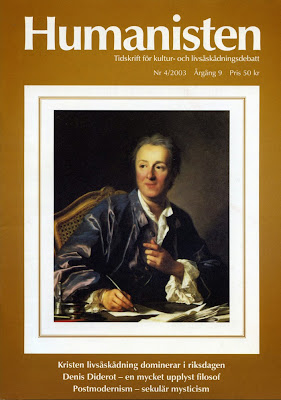 In many respects I still regard myself as a Humanist sharing several of the objects and views of the organization such as the importance of secularism, the fight for human rights, women´s rights and opposition to religious fundamentalism. The secular humanist movement has many praiseworthy ideas and projects and is a important voice in todays world threatened by religious fanaticism and intolerance. Unfortunately most humanists are hard-line materialists and reductionists with very little knowledge of phenomena and experiences that challenge this worldview. They sometimes appear as the reverse side of naive new age activists confidently proclaiming the truth with no empiricial data and research.

They share this problem with the skeptical movement, in Sweden represented by the organization Vetenskap och Folkbildning - VoF. There are of course skeptics of all kinds. A critical but openminded attitude is a necessary intellectual tool when investigating UFO and paranormal phenomena. A detailed examination of skeptical internet sites and magazines reveal the fact that you will never find documentation of UFO or paranormal phenomena that remain unexplained. Skeptics are very anxious to print cases that have been solved by UFO-Sweden field investigators but you will never read about the unsolved cases. This is scientific and intellectual dishonesty. In UFO-Sweden publications you will find both the unexplained cases and those that have been solved and identified. This Allen Hynek quote is very appropriate here: "If you know the answer beforehand, it isn´t research." Still there are open minded skeptics who are doing some good research and also support AFU. Our foremost donor Hilary Evans was such a skeptic. 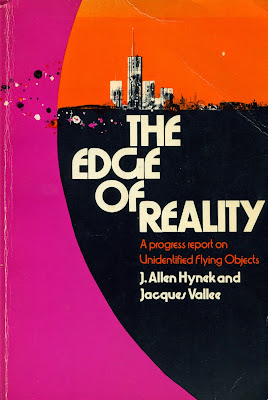 Neither reductionist materialism nor orthodox religion has any tenable answers when faced with UFO and paranormal phenomena which clearly indicate a multiverse reality. If there is a multiverse inhabited by various sentient beings of different evolution and intelligence there must also be a science of the multiverse. Which implies that it is reasonable to assume the existence of "scientists" of the multiverse or custodians of knowledge not discovered by mainstream science. This is the position maintained by The Esoteric Tradition or The Ancient Wisdom. I have found the esoteric worldview formulated by a.o. Helena Blavatsky, Alice Bailey and Henry T. Laurency the intellectually most interesting alternative paradigm to be used as a working hypothesis when dealing with UFO and paranormal phenomena. It represents a third way worldview between materialism och religion.

What often makes me hesitant to use the label esotericist are the many cults and irrational personalities claiming to represent esotericism. There is also the problem of right-wing extremists and neo-nazis who use and promote esoteric ideas to attract recruits. There are unfortunately potential dangers in advocating esotericism in our socially and politically unstable and troubled times. Perhaps it was with ideas like that in mind that made the adept K.H.remarked in a letter to Alfred Percy Sinnett: "Modern science is our best ally". (The Mahatma Letters To A.P. Sinnett, letter 13). 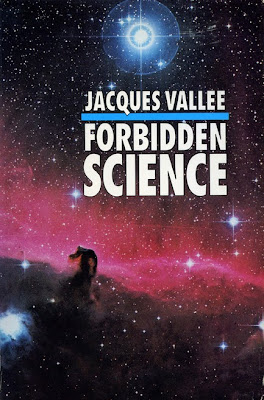 By advocating esotericism as a valid paradigm and working hypothesis in UFO and paranormal research I become something of a heretic among heretics. To be intellectually honest I must of course admit that I may be wrong. Only time and further research will tell. I believe Jacques Vallee expressed the central issue of our pursuit very well in Forbidden Science II: ”…the history of ufology should be placed within an esoteric context. The UFO problem, the question of parapsychology, are central to this business. Looking for the solution isn´t just a scientific project; it´s a quest, an initiation, an enigma like that of the Sphinx…”. (p. 211)