The amount of books published today with a UFO theme is staggering and it is almost impossible to keep abreast with all new titles, even for a librarian. I was made aware of this situation when Swedish poet, author and left wing political activist Mohamed Omar told me of a fascinating book published already in 2005, which I had obviously missed. The title is Cracks in the Great Wall. The UFO Phenomenon and Traditional Metaphysics, written by American poet and author Charles Upton, an adherent of the Traditionalist School which has its origin in the French philosopher and mystic René Guénon (1886-1951). 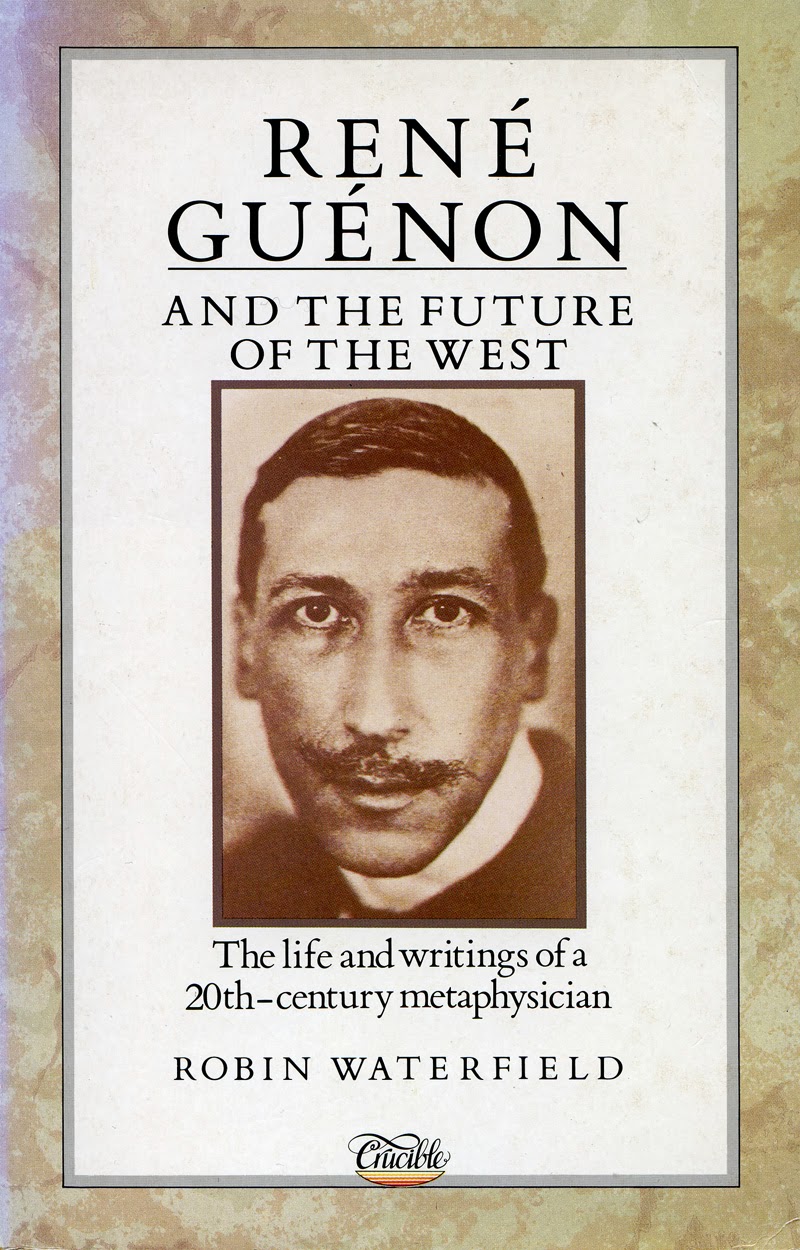 Traditionalism or Perennialism is a metaphysical school that somewhat surprisingly, during the last decades, has attracted many scholars and intellectuals despite its basically antimodernist, radically conservative, pessimistic and gloomy philosophy. In several ways it represents a variation of the back-to-religion movement, but with a mystical outlook, much in common with Hindu Advaita subjectivism. Judging from the book by Charles Upton, when it comes to assessing the UFO phenomenon, traditionalists end up in the same camp as fundamentalist Christians and Anthroposophists: UFOs are demons, forerunners of the Antichrist. 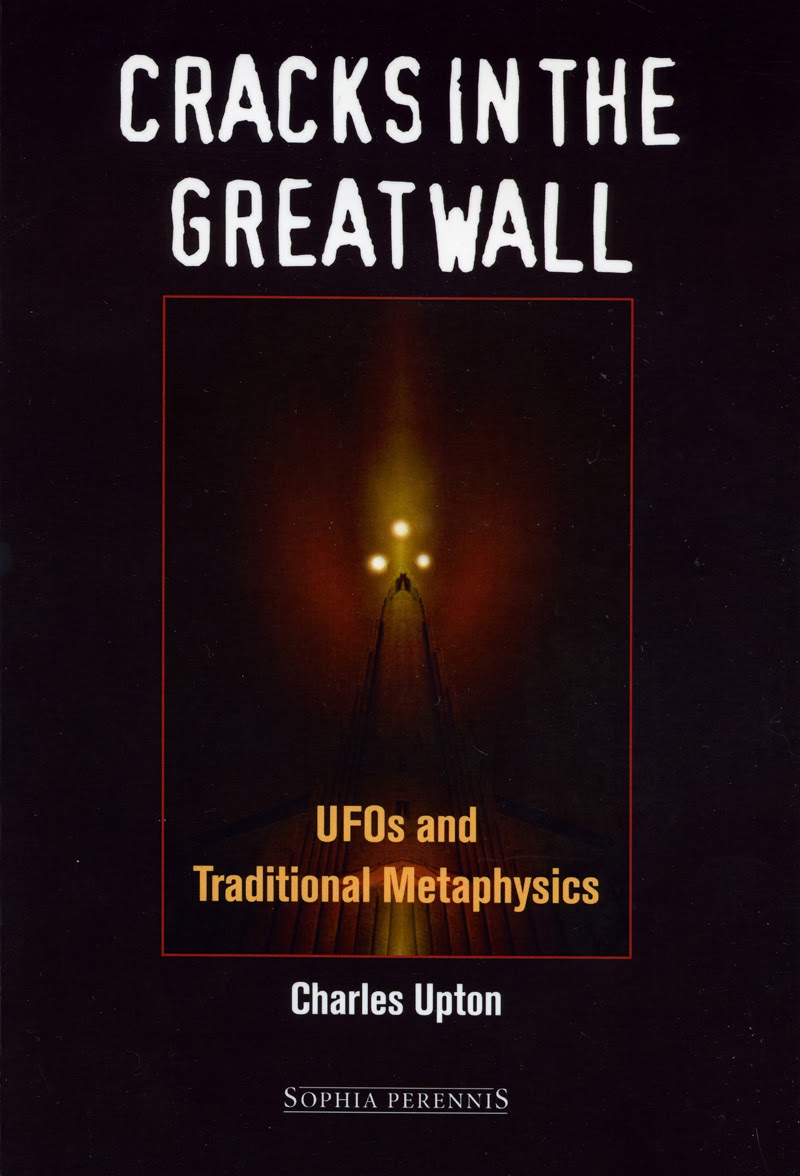 Here are a few relevant quotes:
“The UFO phenomenon constitutes a true postmodern demonology…” (p. 6)
“The UFO phenomenon is perhaps the most sinister complex of beliefs and events to be found among those loosely associated with the New Age.” (p. 9)
“Aliens are members of the Jinn.” (p. 16)
“Father Seraphim Rose, an American-born Eastern Orthodox priest who died in 1982, gives perhaps the best explanation of the UFO phenomenon that we possess: Simply speaking, they are demons.” (p. 9)
“… the present UFO manifestations… are here to prepare us for the religion of the Antichrist.” (p. 23)
“A degenerate taste… bespeaks a wounded soul – either traumatized, and so in need of healing, or deliberately depraved, and so headed for the wrath of God. I only pray that my own decision to write on the subject of UFOs does not indicate the beginnings of a similar depravity in me.” (p. 40)

Reading Cracks in the Great Wall ufologists immediately recognize the dark apocalyptic ideas and visions propounded by former Flying Saucer Review editor Gordon Creighton. He was influenced by Rudolf Steiner´s Anthroposophy and regarded UFO entities as manifestations of the demonic Ahriman, a view obviously shared by many Anthroposophists. A classic example is Flying Saucers. Physical and Spiritual Aspects by Dr. Georg Unger, published already in 1958.

René Guénon was a spiritual seeker involved in many of the fin de siecle occult underground movements in Paris, including Theosophy. Born a Catholic he later converted to Islam, initiated to Sufism in 1910 by the Swedish painter and author Ivan Aguéli. In two of his books, Theosophy: History of a Pseudo-Religion and The Spiritist Fallacy, Guénon criticized Theosophy and Spiritualism as dangerous and actually Satanic "counter-initiatic" movements: "Behind all these movements (Theosophy, Spiritualism-HB) is there not something more fearsome, of which their leaders perhaps do not themselves know, and of which they are in their own turn merely the instruments?" (Guenon, Theosophy, 2004, p. 272)

Although Traditionalism or Perennialism is often referred to as esoteric it has very little in common with the esoteric tradition of Blavatsky, Bailey or Laurency. Traditionalism is a form of mysticism which becomes very obvious in its simplistic interpretation of the UFO phenomenon and related entities. Esotericism is by its own definition the science of the multiverse, a discipline as exact as any academic subject. This should be obvious to anyone reading The Mahatma Letters to A.P. Sinnett or the works of Alice Bailey and Henry T. Laurency. In interpreting paranormal entities and phenomena compare Guénon with the clear and lucid exposition presented by Theosophist Charles Leadbeater in his book The Astral Plane. 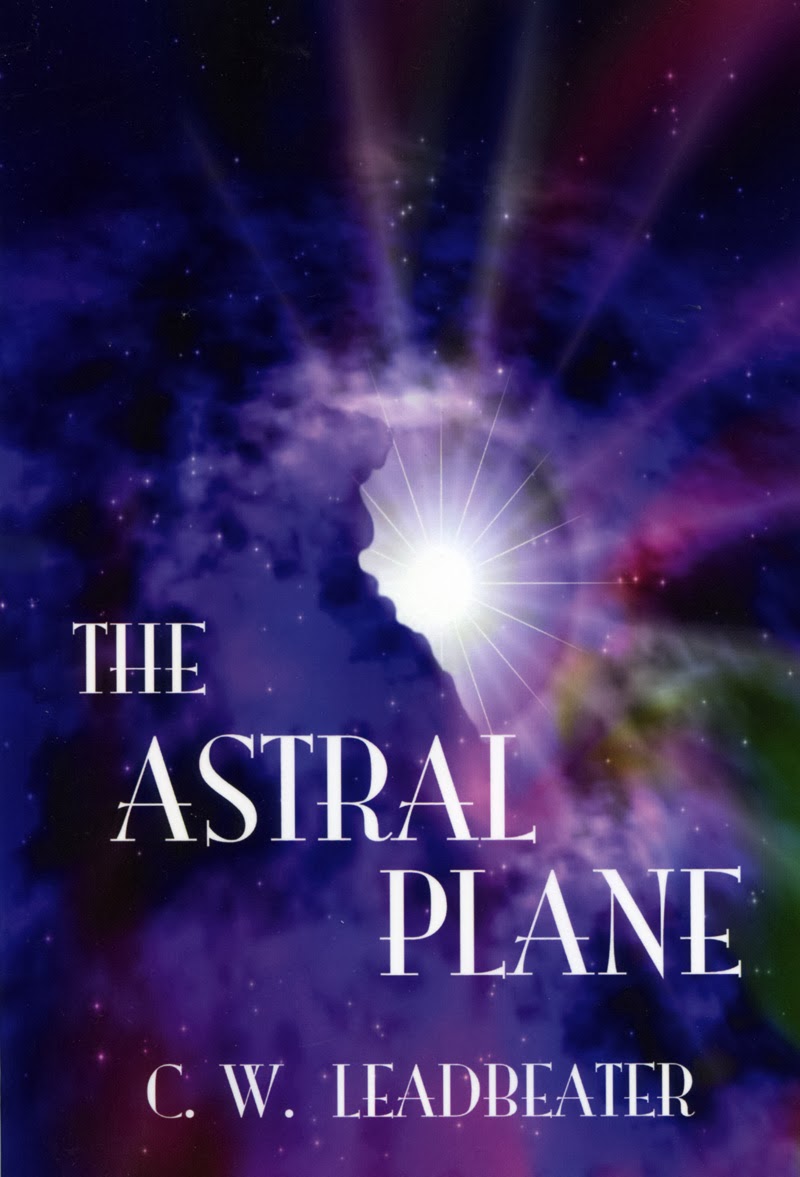 An even greater problem with Traditionalism is the ideological link to various political movements of the radical conservative and far right. Theosophy and the esoteric tradition is basically politically left wing and optimistic. "Why is it that so many scholars choose to affiliate themselves with a group that proposes a radical break with modernity?" asks Jacob C. Senholt in his essay Radical Traditionalism and the New Right, published in Esotericism, Religion and Politics (2012). Theosophical scholar Joscelyn Godwin has this to say anent this phenomenon: "It must occur to any objective reader of Evola´s works, as of other Traditionalists like Guénon and Schoun, that for all their nostalgia for authoritarian regimes and theocracies, they enjoyed a freedom of thought and expression that would never have been permitted had they been born into one." (p.50)


In Sweden esotericist and far right activist Lars Adelskogh presents a peculiar mix of Traditionalism and esotericism. He is a proponent of the esoteric tradition as presented by Swedish esotericist Henry T. Laurency and has also translated René Guénons classic The Reign of Quantity & the Signs of the Times into Swedish. But Laurency and Guénon are spiritual opposites. Guénon actually regard the esoteric tradition represented by Laurency as definitely Satanic. Adelskoghs synkretism is like trying to promote the political philosophies of Karl Marx and Edmund Burke on the same website.

In his book Knowledge of Life three, chapter Occult Sects, Henry T. Laurency has some sharp critical comments on the writings of Kurt Almqvist, one of the first Swedish Guenon-inspired Traditionalists: "Kurt Almqvist, Ph.D., published in 1959 a little book entitled Den glömda dimensionen (The Forgotten Dimension). This work is typical of the pseudo-occultism making much of itself in our times. His use of the term “dimension” alone is absurd. His progressionism is faith in the guesswork of ignorance. His definition of “metaphysical” as being “beyond the cosmos” indicates a serious confusion of ideas. His definitions of soul, spirit, intellect, individuality, the ego, the self are utterly misleading. Almqvist has a lot to say about the
metaphysical knowledge he ascribes to the medieval builders’ guilds. In any case they did not possess esoteric knowledge, a fact of which freemasonry is the best demonstration. As for the rest, we are served a rehash of Indian yoga philosophy and Christian mysticism." 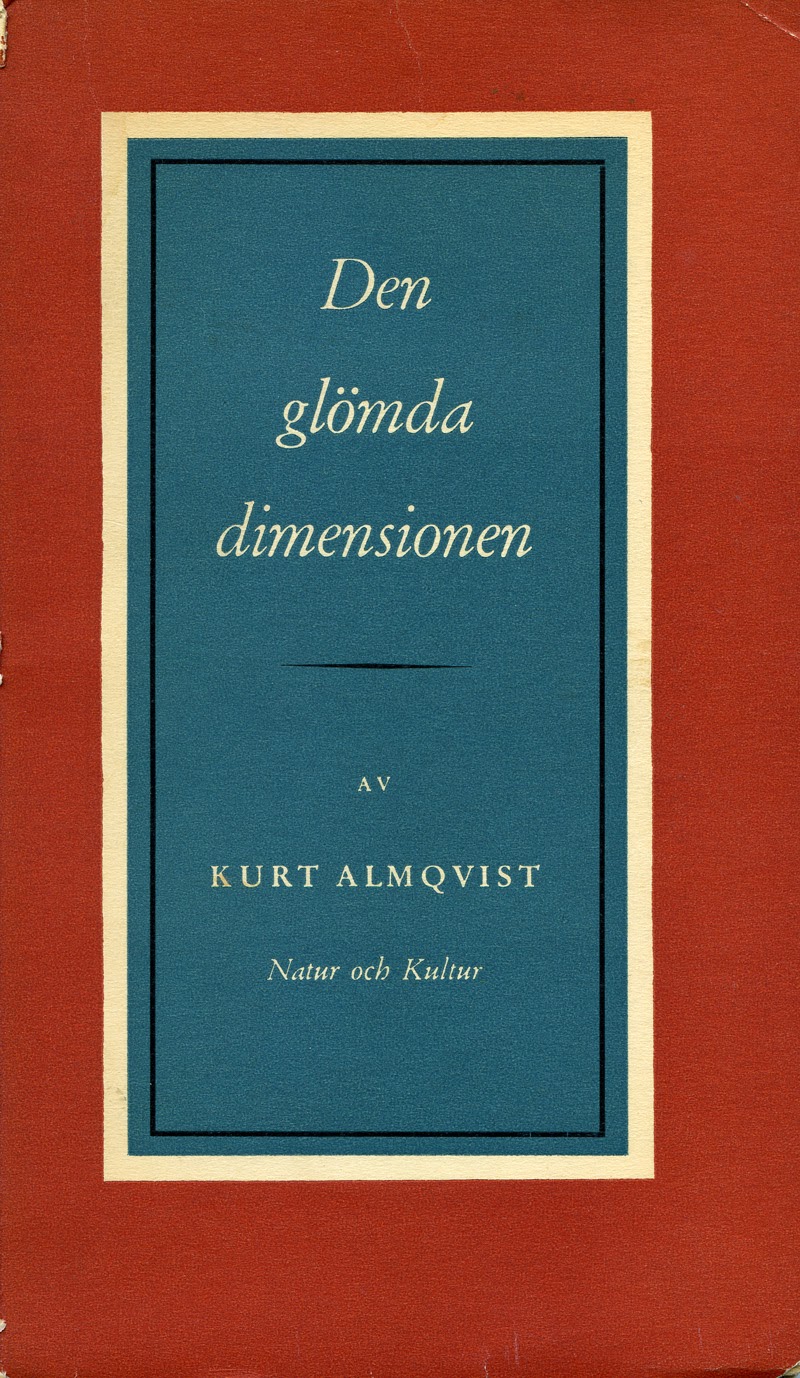 Following the Traditionalist School as a ufologist becomes a intellectual backlash á la Gordon Creighton. It is infinetely more stimulating and rewarding, as an alternative working hypothesis, to study the taxonomy of paranormal entities and phenomena in the classic tomes of Blavatsky, Leadbeater, Hodson and Laurency. And you will probably not end up on the far right of the political spectrum.