During the first years of the 1980s there was an intense wave of, what was believed to be, submarine infiltrations of Swedish territorial waters. Hundreds of observations of unknown underwater vessels and activity including unidentified frogmen on land. This resulted in a media hype of unusual strength with political debate and tensions. The cold war became close to hot on October 1-13, 1982 when the Swedish Navy used depth charges and naval mines trying to sink a submarine believed to be trapped in Hårsfjärden, in the Stockholm archipelago. The general view was that the Soviet Union was behind these intrusions. A seemingly logical theory as a Soviet Navy Whiskey-class submarine ran aground, October 27, 1981, on the south coast of Sweden, not more than 10 km from Karlskrona, one of the larger Swedish naval bases. The military authorities urged the public to report all unidentified objects and activity. A small booklet, Våra objudna besökare (Our Unknown Visitors) was published by the Swedish military in October 1983. 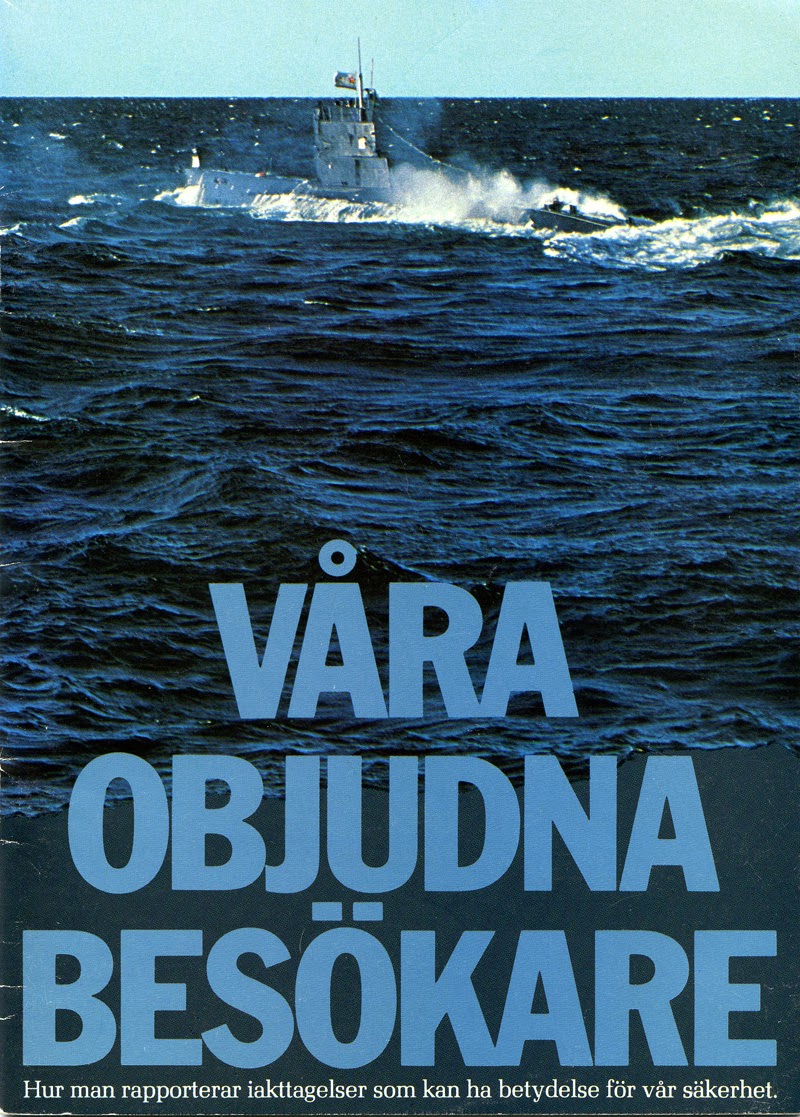 The prevalent view during the 1980s was that the submarine incidents were clandestine Soviet operations on Swedish territory. Today this theory has been heavely challenged by several researchers and experts. One of the most outspoken critics has been Ola Tunander, research professor at the Peace Research Institute (PRIO), Oslo, Norway and and expert on naval strategy and psychological operations (PSYOP). In 2004 he published the controversial The Secret War Against Sweden. US and British Submarine Deception in the 1980s. According to Tunander the 1980s submarine incursions were a joint false flag operation by US and British special forces. The object was to portray the Soviet Union as an aggressive superpower: "By masquerading as the perceived enemy, US special forces have been able to manipulate public opinion in order to change the behaviour of governments. This policy option may be the most important alternative to the use of force in democratic countries... In this sense, the operations in Swedish waters, and not least the Hårsfjärden operation, may have been the most successful covert psychological operation of the Cold War." (Tunander, pp. 13-14) Swedish edition of Tunander´s the Secret War Against Sweden

In his introduction Tunander mention the interesting co-incidence that the Hårsfjärden incursions started less than two weeks after the Social Democratic Party won the parlamentory election. Prime Minister Olof Palme was a democratic socialist who supported socialists like the Sandinistas in Nicaragua. He was an irritant to conservatives like Ronald Reagan and Margaret Thatcher. "The submarine war totally changed politics in Sweden. It placed the Social Democrats on the defensive and mobilized large parts of the population against the Soviet threat." (Tunander, p. 5) I personally remember the extreme hate campaigns against Olof Palme in the 1980s. Even Swedish mediums and psychics claimed that Palme was a secret Soviet spy. On February 28, 1986 Olof Palme was assassinated in Stockholm. 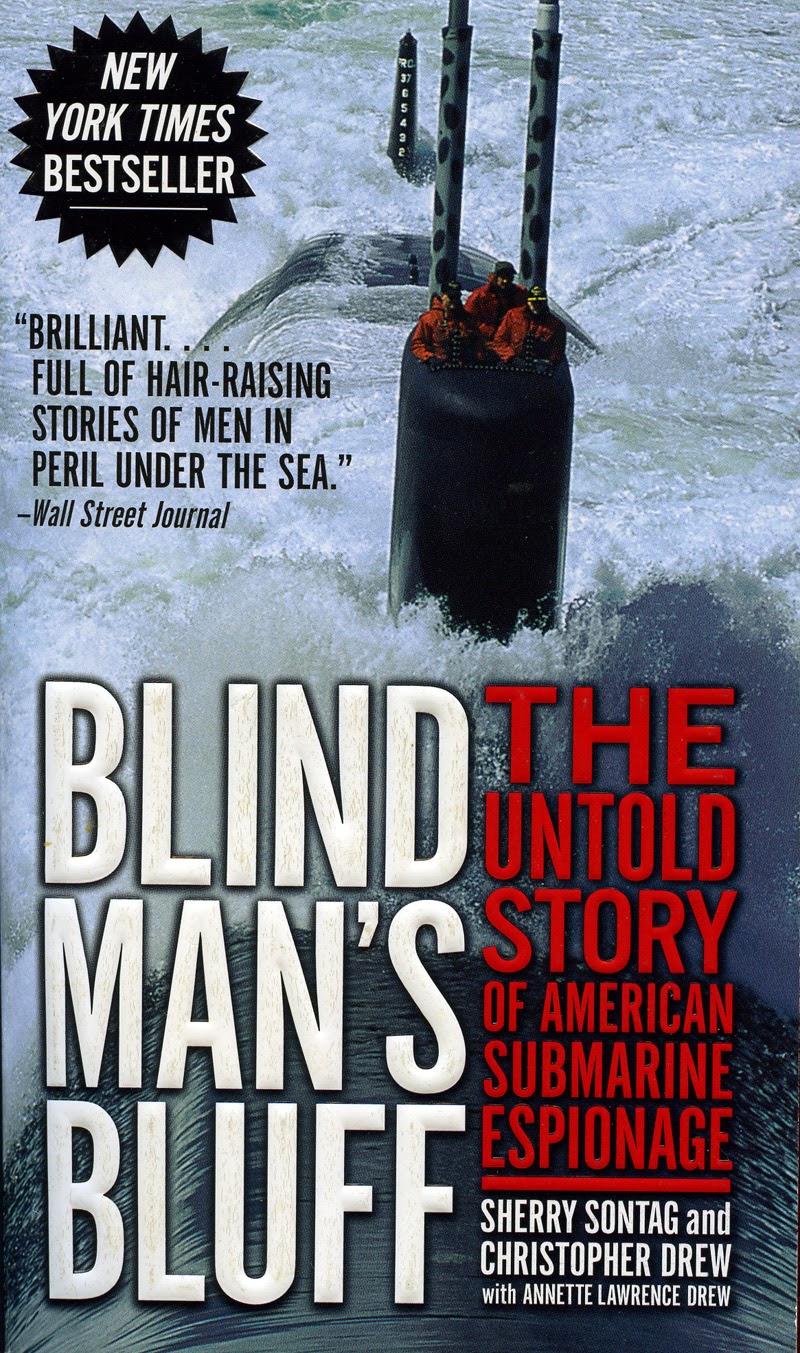 An interesting fact is that during the beginning of the 1980s there was not only intense underwater activity in Sweden but many intriguing close encounter UFO observations, sometimes in association with supposed submarine incursions. I personally investigated one of these cases that occurred on September 24, 1982. At 10 p.m. fire-fighters Christer Jonsson, Björn Lindh and Håkan Jonsson were on a training mission in a boat in Bråviken, near Norrköping. Radar suddenly indicates underwater activity, the water is foaming and a black circle appears in front of the boat. When they reach the black circle all equipment malfunction and the boat starts spinning of itself. First to the left and then to the right. No submarine is visible but something is obviously deep down in the water. The boat slowly glides out of the black circle and then the instruments starts functioning again. 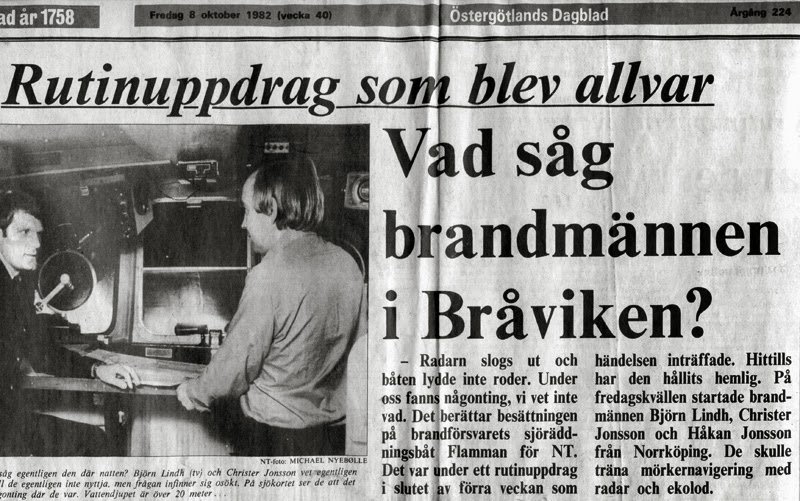 At the same time, a few miles further out in Bråviken a man and his wife have anchored their boat at Korsö. The night is clear with no wind. Suddenly a flying object appear slowly gliding above the boat. According to the logbook not more than 100-150 meters above the sea. 10-15 lights are seen in a circle on the object. It disappears to the north towards Kolmården. Was it a co-incidence that these two observations occurred at the same time? In 1981 UFO-Sweden received several UFO reports of objects with lights in a circle, all from Östergötland. 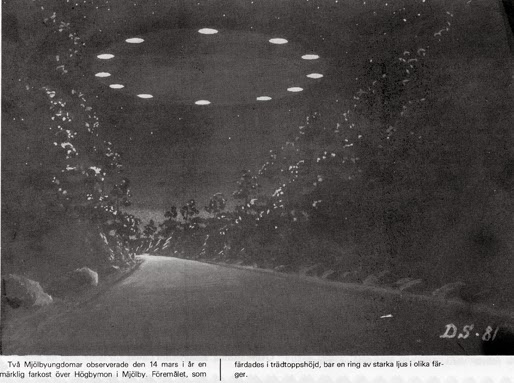 Another incident from the Östergötland archipelago occurred on August 28, 1982. At 11.30 p.m. Bo Liss and his wife Åsa together with an anonymous witness observe a saucer shaped object at Flatvarp, not far from Loftahammar. They can follow this object for about five minuter doing various manouvres not more than 10 meters above the sea. There is no moonlight and the stars are visible. No sound is heard. The trio observere the object through a binocular and the distance was supposed to be not more than 300 meter. The light from the object was somewhat stronger than moonlight with a green light on top. A circular light was noticed on the sea under the object. Whether this was from a searchlight could not be determined. The group became rather frightened by the incident. 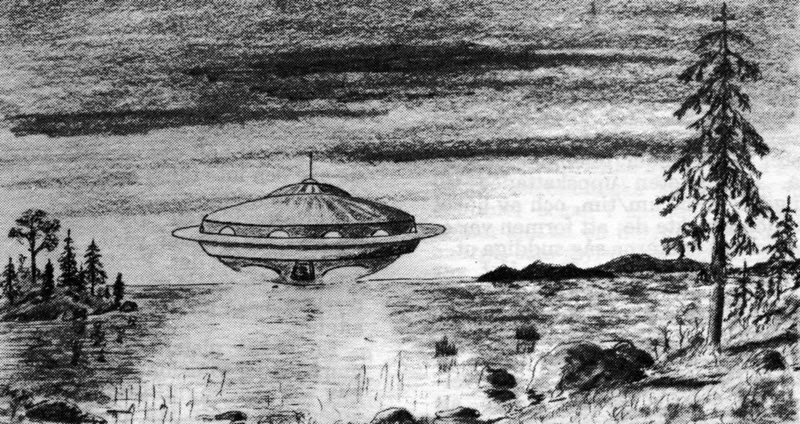 So what do we have here? UFOs as part of false flag operations or evidence of a "third force" involved in some form of covert activity? I will take a second look at this third force theory in coming blog entries, especially when it comes to observations of mysterious frogmen.