"Belief is the enemy" is an often quoted maxim from one of my favourite nonconformist authors, american journalist John A. Keel. The actual quote can be found on page 46 in the original 1975 edition of his classic The Mothman Prophecies. Keel´s wonderful humour and refreshingly irreverent attitude to our "forbidden sciences" was a breath of fresh air to me when I first encountered his books as a young ufologist in the 1970s. He became, in several ways, a mentor in the often wacky underworld of cults and strange beliefs you are confronted with as a field investigator of UFOs and paranormal phenomena. 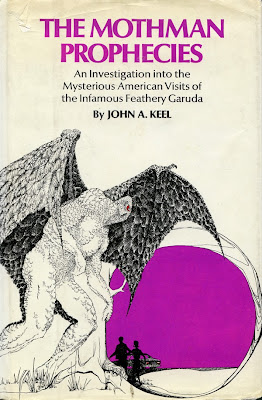 As my new and rather controversial book Gudarna återvänder. Ufo och den esoteriska traditionen ( Return of the Gods. UFOs and the Esoteric Tradition) has just been published I find it necessary to issue a few statements as I anticipate that several readers will miss the point of the book. Skeptics will probably relegate me to the cultist crowd and proclaim that I have lost my intellectual integrity - if I ever had one? Naive new agers will believe they have found a kindred soul and send me their latest communication from master xyz, confirming all I have written. Then I am reminded of a quote from that wonderful iconoclast Charles Fort: "Now and then admirers of my good works write to me, and try to convert me into believing things that I say".

My book can be read on several levels. First and most obvious it is a documentation of the influence of ideas from the esoteric tradition on the development of the international UFO movement. In Sweden this is especially noticeable as the first UFO organizations in 1957-58 were inaugurated by active members of The Theosophical Society (Adyar). Secondly I present a version of Vallée´s esoteric intervention theory as a possible scenario to explain  the experiences of some of the first generation UFO contactees: George Adamski, Orfeo Angelucci, Daniel Fry, George van Tassel and Howard Menger. Finally I use the esoteric tradition as an alternative paradigm or road map studying the totality of UFO and paranormal phenomena. While Vallee in much of his writings concentrates on the "Messengers of Deception" I suggest that there also may be other and somewhat nicer players in the game. 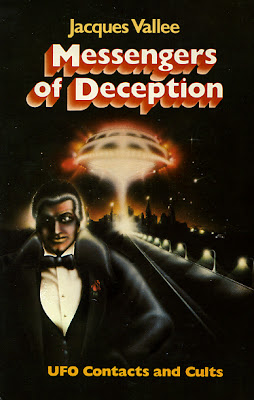 I hope that most readers will understand that to me the esoteric intervention theory is only a theory or alternative hypothesis. As a critical and intellectual humanist I find the only viable attitude to the esoteric tradition to regard it as an challenging paradigm in trying to interpret UFOs and paranormal phenomena. And most important - I may be wrong. That is for coming generations of ufologists, forteans, esotericists, academics and students of paranormal phenomena to decide. Critics will of course also notice that I present a conspiracy theory. But it is something so trend braking and untimely as a conspiracy of the "good guys", what I jokingly refer to as the HIA - Higher Intelligence Agency. A review of my book can be found at the blog Nya il Convito by Swedish poet and author Mohamed Omar

Students of esotericism who happen to be too much of believers will perhaps be surprised to learn that the belief-is-the-enemy attitude is actually recommended by the custodians of the Ancient Wisdom. Alice Bailey, amanuensis for the Tibetan, constantly reiterates that the information imparted is to be regarded as a working hypothesis. "Our attitude should be that of reasonably enquiry and our interest that of the investigating philosopher, willing to accept an hypothesis on the basis of its possibility... Those open minded investigators who are willing to accept its fundamentals as a working hypothesis until these are demonstrated to be erroneous. They will be frankly agnostic..." Alice Bailey, A Treatise on White Magic, 1971 (orig. 1934) pp 6, 32).

In this treatise adjacent to the discussion on hypothesis there is also an interesting comment on paranormal phenomena: "We stand now towards the close of a great transition period and the subtler realms of life are closer than ever before; unusual phenomena and inexplicable happenings are commoner  than at any time heretofore, whilst matters telepathic, psychic and peculiar occupy the attention even of sceptics, scientists and religionists. Reasons for the appearance of phenomena are being everywhere sought and societies are formed for their investigation and demonstration."

Finally some AFU news. Yesterday the UFO-Sweden board held its meeting at the AFU premises. Anders Liljegren presented an interesting offer we have recently received for new and very much larger premises to house the entire archive. The offer looks promising even from an economic viewpoint. Should this become a reality one of our most cherished dreams will come true as the possibility of also building a museum is part of the project. The AFU board will inspect the premises as soon as possible. 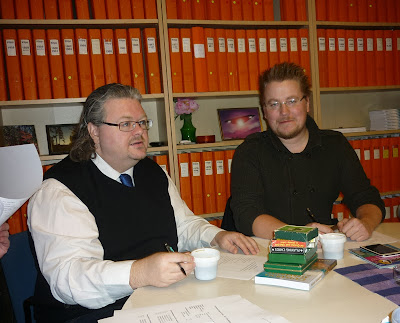 Tobias Lindgren (left) and UFO-Sweden´s new chairman Anders Berglund at the board meeting
Posted by Håkan Blomqvist at Sunday, December 15, 2013