Esotericism, ufology and the Academy

As a young student in the mid-1970s I studied history of religions and philosophy at the University of Stockholm. Already an active ufologist - AFU was founded in 1973 - and an avid reader of esoterica I entertained plans for an academic career researching new religious movements. Somewhat to my surprise I was made aware of that this was not an area of inquiry endorsed by the institution. Rather it was shunned and obviously regarded as a non-legitimate field of study. I finished a short thesis on the Kabbalah and tried academic philosophy instead but found it rather boring and entered the Swedish School of Information and Library Science. I have never regretted this choice as you may have guessed from the wonderful quote at the top of my blog.

Perhaps I was twentyfive years ahead of my time because during the last decades a minor cultural revolution has occured in the academic world. Today their is no problem studying new religious movements and what is even more surprising, esotericism has entered the Academy as a legitimate field of study. There are now three universities for the interested student to choose between: Sorbonne, Amsterdam and Exeter, United Kingdom. An excellent introduction to what is now labelled Western Esotericism and how this earlier taboo discipline found its way into the universities is Esotericism and the Academy by Wouter J. Hanegraaff, professor of History of Hermetic Philosophy and Related Currents at the University of Amsterdam. A companion volume is Hermes in the Academy, edited by Wouter J. Hanegraaff and Joyce Pijnenburg. 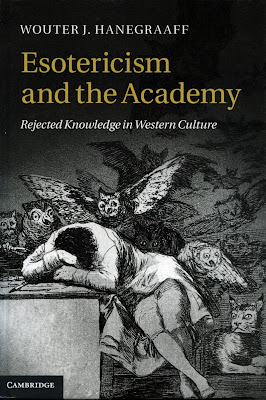 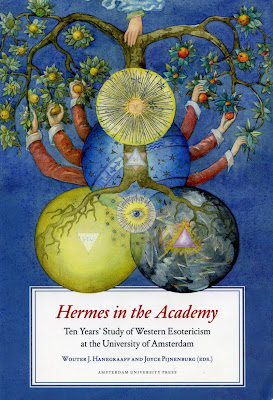 In his introduction to Esotericism and the Academy Hanegraaff gives some interesting glimpses of his problems, as a young university student, to learn more of the then taboo subject of esotericism: "I was intrigued and wanted to learn more, so I asked my professsors for advice. And that is when I began having my first experiences with a phenomenon that has ultimately led me to write this book. My interest in this domain seemed to make my teachers uncomfortable, and to my repeated requests for information and suggestions, they responded by tossing the embarrasing topic on to another collegue as if it were a hot potato. Nobody seemed willing to touch it."

A few decades ago the academic climate made it almost impossible to study esotericism, even in a historical and neutral way. Thanks to pioneers like Wouter J. Hanegraaff the situation has begun to improve. In his article Some Remarks on the Study of Western Esotericism, Hanegraaff relates the problem of even mentioning the word esotericism in academic discussions: "...one may find that some excellent specialists hesitate or flatly refuse to participate, simply because being associated with "esotericism"."

Although academic esoteric research is neutral and does not adress the ontological issue, the question of truth, Hanegraaff displays a very open attitude to the possibility of new knowledge: "All that I do know is the prime directive that should guide scholarly research and intellectual exploration: not to hold on what we already know well enough, allowing it to dominate the whole of our vision and thought, but being ready to discard our prejudices and revise our preconceptions in the light of new knowledge." 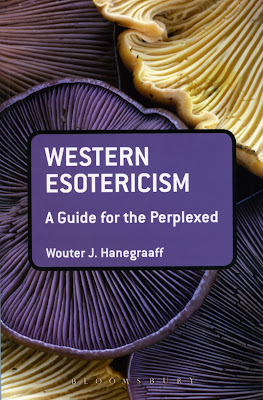 As a ufologist and investigator of paranormal phenomena I adress esotericism in a somewhat different way, asking questions that even academic scholars do not touch. I have often pointed out that Theosophy is contactee experiences minus spacecraft. That is, many of the original proponents of the esoteric tradition claimed both physical and psychic contact with "aliens" often named Brothers or Adepts. Check this list on such experiences. Compare this list with classic ufo contactee reports, investigated by ufologists. This way of looking at esotericism changes the perspective and opens up new possibilities of evaluating the very difficult ontological issue, or in everyday language - the truth or reality behind the claims.

But this kind of research, as well as, UFO field investigation, would never be possible within an academic framework. Any university scholar suggesting such an inquiry would flogged by his collegues and would meet with a crescendo of criticism from the organised skeptics howling irrationalism, pseudoscience, anti-modernism. Just look at the problems for academic research in parapsychology. This reminds me of a favourite quote from Robert A. Heinleins fascinating novel Lost Legacy, printed in Assignment in Eternity vol. 2: "Any suggestion that their might be something to consciousness that can´t be explained in terms of physiology and mechanics is as welcome as a Saint Bernard in a telephone booth." 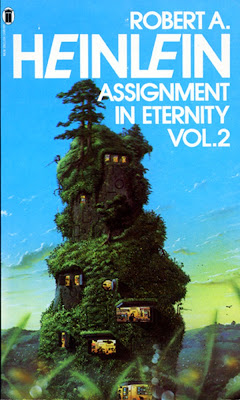 My proposition for inquiry is what I iconoclastically use to call "real research". Simply because it tries to answer the basic question we all want to know - what is the truth? But as this type of research is not possible within todays universities the only other option is creating privately funded archives and research institutions like AFU. And also gather a group of open minded, non conformist scholars in a new Invisible College, like the one created by Allen Hynek and Jacques Vallee in the 1960s. This work is a real intellectual challenge. 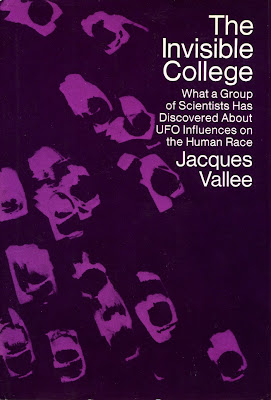