Besides the collections of books, magazines, photos, correspondence etc. at AFU, we have many documents and items that could be catalogued under the heading UFO iconography: paintings, posters, toys, figurines, t-shirts, stickers, business and membership cards, letterheads etc. When reviewing and organizing various files at AFU I have made it a habit of scanning some of this iconography as it presents a fascinating view of how the image of UFOs and aliens has changed during the decades. As I have scanned thousand of old letters, here are a few letterheads from ufologists and organizations worldwide, mainly from the 1950s and 60s.

One of my favourites is this letterhead from the New York Saucer Information Bureau. They published the magazine UFO-mation in 1958-1959. Co-editor and secretary was C. Lois Jessop, who told of a scary encounter with unknown giants in the Hal Saflini caves in Malta in the mid- 1930s. Her article, Malta, Entrance to the Cavern World, was published in Round Robin, The Journal of Borderland Research, vol 17, no 2, March 1961. 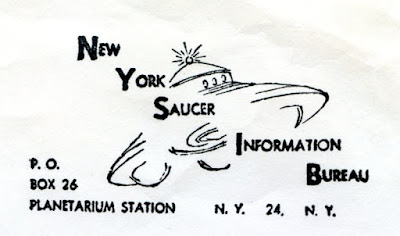 Knut Aasheim was a Norwegian ufologist and contactee. He was the author of Stjernefolket blandt oss – de frivillige og deres misjon 1995, (The Star People Among Us – the Volonteers and Their Mission). Aasheim also lectured for the House of Lords UFO-Group in London 1983. For a few years he headed a group called Interplanetary Cooperation Association – INCA. 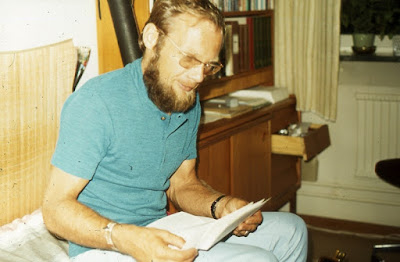 Knut Aasheim during a visit to my home at Södertälje, July 29, 1972

Wellknown to the old guard ufologists is this letterhead from Gray Barker. He published The Saucerian, later Saucerian Bulletin between 1953-1962.

This beautiful letterhead was used by British ufologist Brinsley Le Poer Trench in a letter to Edith Nicolaisen, Sweden, November 11, 1960. There is s small mistake in the image of the golden scout craft. The portholes should have been in rows of four. 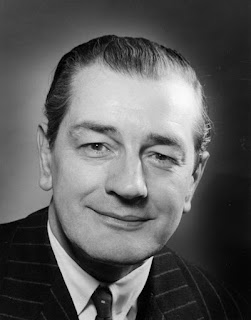 The letterhead from the Italian contactee Eugenio Siragusa 1964 solved the porthole issue by simply not drawing any portholes at all.

The Japanese group Cosmic Brotherhood Association was contactee oriented but chose to have a more neutral letterhead as this one from 1964.

Daniel Fry´s organization Understanding also used a rather neutral but symbolic letterhead. This from 1960, before they moved the headquarters to Merlin, Oregon. 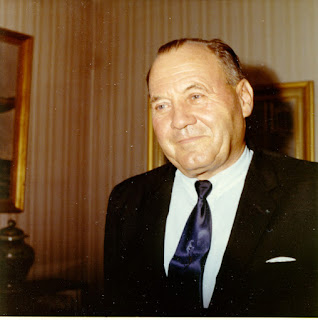 An imaginative drawing was used as letterhead by the magazine the Hollow Hassle, published by editor Mary LeVesque (Davis) 1973-1986. She headed the organization Hollow Earth Research Association.

This is the letterhead used by one of the oldest UFO groups in Sweden, Malmö interplanetariska sällskap (MIS). They were founded already in 1958 and are still active and members of UFO-Sweden. Director during many years has been Ebbe Johansson, still going strong. 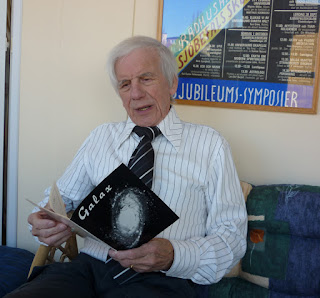 Finally the letterhead I used as chairman of Södertälje UFO-Center, a group I founded in 1970 together with my late friend and AFU colleague Kjell Jonsson.