Selma Lagerlöf and the Esoteric Tradition

There are and have been many brilliant authors, excellent authors in world literature and then once in a while history gives us an author that is "divinely" gifted, truly inspired by "The Gods". In this last category I would like to position the Swedish author Selma Lagerlöf (1858-1940), my absolute favourite in the World Parnassus. She was born in the Swedish province Värmland, the province per excellence of poets, artists and mystics. Her life, philosophy and writings are a monument of and reflect the eternal aspiration of the esotericist to contribute to the good, the true and the beautiful in this world. 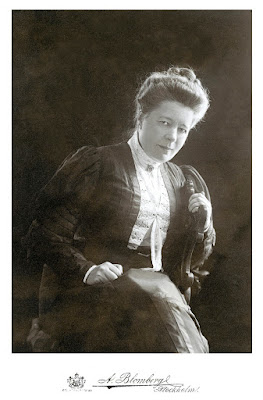 Selma Lagerlöf was the first female writer to win the Nobel Prize in Literature 1909 and in 1914 she was elected to be the first woman in the Swedish Academy. She wrote many novels and short stories that have become classics in world literature. The Academy mentioned "the lofty idealism, vivid imagination and spiritual perception that characterize her writings." The more than 40.000 letters she received during her lifetime reveal the tremendous amount of joy, hope and consolation readers found in the works coming from her pen. Mårbacka, the home of Selma Lagerlöf, is preserved as a museum and has become a place of pilgrimmage for thousands of visitors every year. 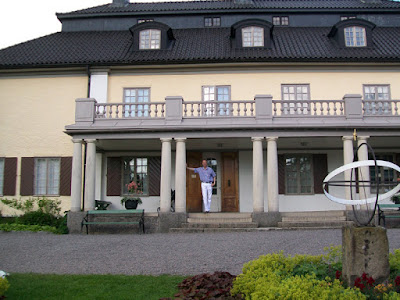 Selma Lagerlöf has also been honored in a somewhat unusual fashion by the International Astronomical Union (IAU) who in 1985 named a crater on Venus the Lagerlof Crater. On September 10, 1991 German astronomer Freimut Börngen discovered a new asteroid. This planetary body was named 11061 Lagerlof.

Her first novel, The Story of Gösta Berling, was published in 1891 and initiated a new trend in Swedish literature. The 1880s had been dominated by realism and naturalism but Lagerlöf favoured fantasy, beauty, "magical realism" and the folklore stories of her native province Värmland. Later several Swedish authors adopted her ideas on literature which altered the trend in Swedish literary history. The novels and short stories of Selma Lagerlöf are often filled with magic and mystery, encounters with nature spirits and invisible powers greater than Man. Some of her stories can best be described as Gothic fiction, a.o. Körkarlen (1912), Thy Soul Shall Bear Witness. But there is always an ethical message and a lifeview of hope in spite of the grim reality in some of her works. Selma Lagerlöf was never a naive idealist. She was very well aware of the human tragedy, with its ingredients of pain and sorrow. 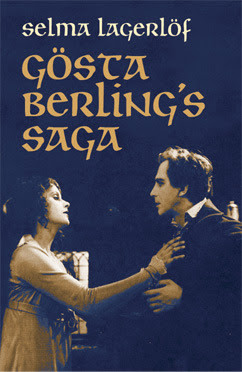 There are thousands of articles on Selma Lagerlöf, her life and writings, several doctoral thesis and many biographies. Large collections of her correspondence have been also published that give a more detailed and personal view of her inner life and world view. Still many biographers find it difficult to understand Selma Lagerlöf´s lifeview. The reason for this bewilderment can be traced to the basic general lack of knowledge of the Esoteric Tradition among scholars and writers. This situation will probably be remedied in future generations because of the renaissance of academic interest in "Western Esotericism".

A recent example of this renaissance in Sweden is the book Förborgade tecken. Esoterism i västerländsk litteratur, (2010), (Hidden Signs. Esoterism in Western Literature).  A study by fifteen scholars from various academic disciplines; History of Religions, History of Ideas, Art History, Literary Science a.o. One of the essays, Esoterism i Selma Lagerlöfs En herrgårdssägen (Esoterism in Selma Lagerlöf´s The Tale of a Manor) is written by Mattias Fyhr, Assistant Professor in Literary Criticism at Stockholm University. Fyhr emphasize that his essay is the first study of The Tale of a Manor from an academic esoteric viewpoint and present ample documentation of  Selma Lagerlöf´s deep influence from the Esoteric Tradition. Her library at Mårbacka include a fairly large collection of books by Theosophists and Spiritualists, a.o. Charles Leadbeater. 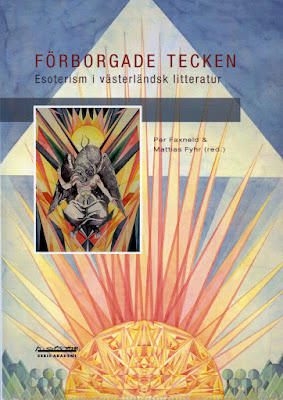 On October 2, 2013 I had the pleasure of interviewing Mattias Fyhr in connection with his lecture at Norrköping Public Library. We also visited AFU and he expressed his appreciation of our extensive collections of Esoterica. 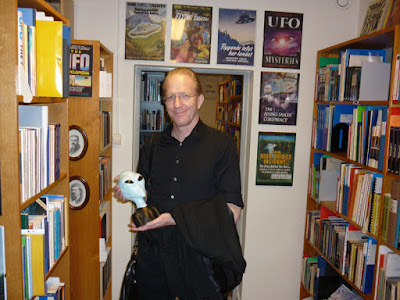 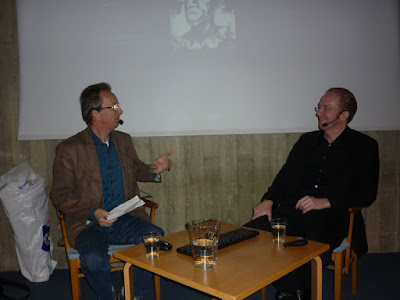 After the death of Selma Lagerlöf in March 1940 there have been many attempts to research and document her lifeview and worldview in popular articles and academic studies. Already in 1945 orthodox Christian author and journalist Sven Stolpe noted in his article Selma Lagerlöfs mystik (Selma Lagerlöf´s Mystique) (BLM, February 1945) that she could not be regarded as Christian in the ordinary sense. Commenting on Christianity in a letter to a friend in 1925 she said: "I wish instead that they (people) could feel secure with reincarnation, but it will probably take a long time before this is the general belief." 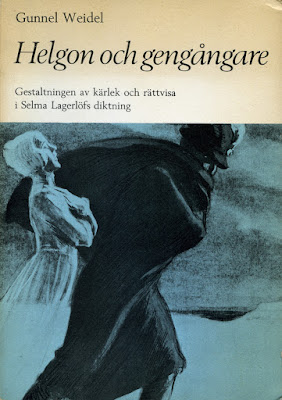 One of many doctoral thesis on Selma Lagerlöf

In 1951 a detailed study, Om Selma Lagerlöf och teosofin, (On Selma Lagerlöf and Theosophy) where the author, Erik Eliasson, presented extensive documentation of Lagerlöf´s contact with Theosophy. For many years she corresponded with Theosophist Stella Rydholm and also subscribed to Theosophical journals, but she was never a formal member of the society. In a letter to Stella Rydholm August 3, 1920 she declared: "I enjoy reading these books but I don´t wish to become a member of a Theosophical society, because I can´t be entirely sure of the teaching".

In a letter to her friend Henriette Coyet, 1931, Selma Lagerlöf summarized her search for a tenable worldview: "I have not found any religion to affiliate with among the many offered... I rather wait until we can scientifically prove existence after death. I think this can be done and I wish that we shall never have to believe as now in old folktales. We must know what is behind the visible world. There will probably come a religious genius solving this riddle, in the way it has to be solved for our time."

To my knowledge there is no documentation that Selma Lagerlöf ever read or was aware of the books by Alice Bailey. But she was well aquanted with the older Theosophical and Spiritualist books, including works on paranormal phenomena and research. Because of personal clairvoyant experiences she was convinced that we live in a multiverse but her approach to these issues was in many ways rational and scientific. She had the mind of a true esotericist and also an innate understanding of the laws that govern consciousness and its evolution. Her novels and short stories testify to a deep understanding of life. Like her comtemporary Swedish poet Gustaf Fröding she was profoundly inspired by the Esoteric Tradition. Commenting on her book Körkarlen, (Thy Soul Shall Bear Witness) she stated: "In Körkarlen I am above all bringing a message. I felt like a medium. That is why this book appeals so much to me."