A few days ago I watched a documentary on the life of John F. Kennedy. In a speech in Dublin on June 28, 1963 he said: "The problems of the world cannot possibly be solved by skeptics or cynics, whose horizons are limited by the obvious realities. We need men who can dream of things that never were, and ask why not." Perhaps with a touch of hubris I couldn´t help making an association to AFU and our dream of creating the largest UFO/Fortean archive in the world - which is now a reality. What is left is solving the UFO enigma. Definitely a challenge of different proportions. Especially when part of the undertaking is trying to determine the reality of experiences like the one I present here.

During my 45+ years investigating contactee cases there are very few that I still find intriguing or unexplained. Most of the contact experiences I have documented have a psychological explanation or possibly involving some form of paranormal entities. But there are three or four physical contact cases in my files that to this day I find of special interest as they differ in quality from the rather hazy visionary experiences related by most contactees. One of these physical contact cases involves a Swedish woman, Anna (pseudonym), today 95 years and living in Stockholm. I have promised not to reveal her real name until after her death but presented a short summary of her narrative in my book Främlingar på vår jord. Ufokontakter i Sverige (Aliens on Earth. UFO Contacs in Sweden). A Finnish edition was published in 2011. 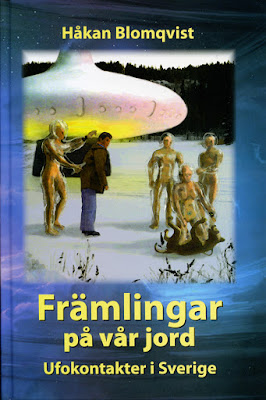 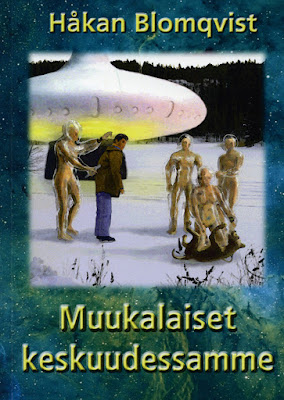 Anna was born 1920 in Stockholm but spent most of her life in other countries, USA, England and France. She lived eleven years in Mexico with her second husband George (pseudonym), who worked as a Chief Engineer at the American company Combustion Engineering in Mexico. Anna lived an upper-class life with diplomats, movie stars and royalties. During her stay in Mexico she met and became a good friend with actress Dolores del Rio at a party with the Mexican president. Dolores del Rio and her husband were interested in UFOs and Anna was invited to the Dolores residence in Mexico City where she met about twenty people who all had personal UFO encounters.

In the autumn of 1959 Anna and George were living in Mexico City. One day George came home and told he had met a very intelligent and fascinating man named Ben Austin at a conference in Guatemala. In connection with a business trip Anna and George are invited to Ben Austin´s house about two hours travel by car from Guatemala City. The wife of a french diplomat is to take care of Anna´s children (from a former marriage) while they are in Guatemala. At the hotel in Guatemala City Anna and George are picked up by two servants and they travel in a Jeep for about two hours before arriving at Ben Austin´s bungalow. After dinner and some general chatting Ben dismiss the servants for the day and now the conversation takes a very different direction. Here some notes from my interview with Anna:

Anna: It was after dinner that he (Ben) suddenly says: You are interested in UFO.
Håkan: He is talking to you?
Anna: Yes, and I say, no I´m not. Oh, yes you are, he says again.
Håkan: Did he speak English?
Anna: Yes, of course but he spoke a very peculiar English. Some form of Scottish-English... and he said, you have even seen a UFO. It was in your native country and we flew in from the east to your country house in the Stockholm archipelago.
Håkan: How did you react then?
Anna: I became rigid with fear, I was scared, I was really scared. I found the situation very uncomfortable especially as I hadn´t mentioned the UFO incident to my second husband who had no idea of this incident... He asked if it really was the truth? And I admitted, yes it is really true. We had twelve guests at the time.

The UFO observation mentioned by Anna occured in August 1948 or 1949 at Vindö in the Stockholm archipelago. In the evening Anna goes to fetch something in their underground storehouse. She notice a white light approaching closer over the bay. She run in to tell the other guests and they all watch the light stopping in midair and suddenly fly straight up and disappearing in the sky.

Anna: All of this I hadn´t mentioned for my second husband and their we are with this man in Guatemala claiming I have seen a flying saucer. Suddenly he says: Would you like to take a trip to Venus?
Håkan: He says Venus?
Anna: Yes. And I said no as I have my children in a another country where no one speaks their language and I don´t want anything to happen to them. The he turn to my husband and says:  Imagine your wife is so timid. Would you like to go instead? Of course, he says. I say no, we will both stay. But my husband absolutely wanted to go.
Håkan: Was he interested in UFO?
Anna: I have no idea but he was technically interested like most men. He was very eager to go on this trip and we agreed that I should go back to the hotel and was promised that my husband would be back at the hotel i Guatemala City by six o´clock in the morning. Later I regretted that I didn´t say I wanted to see the craft. Back at the hotel I felt very anxious and couldn´t sleep. Exactly at six o´clock my husband return and his face is deathly pale. He had absolutely no colour in his face and the eyes were staring. He said it was fantastic, it was absolutely incredible. The start engine for the craft was no bigger than a small piece of sugar and in the shape of a pyramid. After take-off there was hardly any sound at all.
Håkan: Did he describe the craft?
Anna, Yes, it was round, small with windows all around. I said to him did you really go to Venus? Then he looked at me and said, you don´t believe me. And I had a hard time believing he really did go there so I said maybe you didn´t. Then he became extremely angry and said if you don´t belive me I will not say a word more about this and then he just went to bed. Later I tried to make him talk men he never did. What was very strange was that his behavior changed completely. He became threatening and it was very frightening.

Håkan: Did his behavior change immediately after the experience?
Anna: Yes it did and it lasted during the rest of our marriage. He became brutal and I was severly ill-treated and beaten. For a while I thought he was obsessed. I couldn´t understand what was happening and I began to wonder if perhaps he hadn´t been aboard a saucer but been hypnotized and that was the reason for his strange behavoir. I still don´t know if he was outside the garage with that guy down there. I can only tell you what happened but I can absolutely not guarantee that my husband was in outer space.. He became harsh and grim and we were afraid of him. I felt the same fear for this other man Ben Austin.