For several years I have been trying to obtain an rather unusual contactee book, Suzies Sudden Saucer, written by Dorris Van Tassel (Dorris Andre). Although it was obviously published in two editions, 1976 and 2000 (revised), I have never seen it in print, nor found one for sale on Amazon, eBay etc. At AFU we have only one, not very good, copied version. Dorris Van Tassel (1912-1991) was an enigmatic woman and, what John Keel would call, a silent contactee. Suzies Sudden Saucer is often portrayed as a children´s book, a poetical story of contact with space people. But I suspect this 37-page book is actually an autobiography. 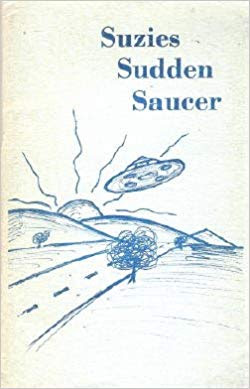 The first edition of Suzies Sudden Saucer was advertised in Proceedings, Oct-Dec 1976, as ”a small book on the philosophical approach to life”. Authors were stated as Dorris Van Tassel and Bob Benson (illustrator). In 2000 a revised edition was published with the subtitle Suzies Silver Saucer. Foreword was written by Brianna M. Wettlaufer and Heidi Menger Evans. Heidi had also contributed illustrations and photographs. She is the daughter of Howard and Conny Menger. This new edition, published by the Ministry of Universal Wisdom, has 75 pages, possibly because of large type. 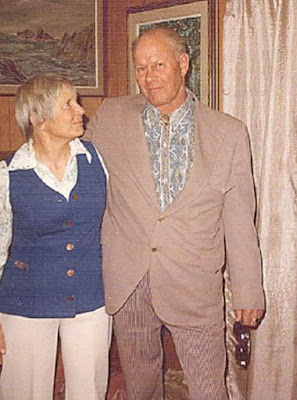 In a former blog post I have presented a summary of data on Dorris Van Tassel, a woman of mystery and very much involved in behind the scenes activity among UFO contactees in the 1950s. She was a sort of booking agent for George Adamski, Truman Bethurum, Daniel Fry and other contactees. As Mrs. Dorris Andre she lectured on flying saucers but did not mention her own contacts with space people until 1976, during a lecture at Daniel Fry´s Understanding Convention. A short note of her lecture was published in Understanding magazine: ”Two women were a delightful part of the program. Dorris Van Tassel told the story of her contacts with space people, a fantastic story it was too. Until you have heard her, you´ve missed something.” (Understanding, vol. 21, no. 5, 1976, p. 6). 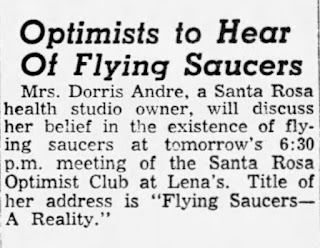 Already in the beginning of Suzies Sudden Saucer there are hints that this story is actually the secret life history of Dorris expressed in allusion and poetry. Many of the verses mention early childhood contact experiences reminiscent of the life of Howard Menger. 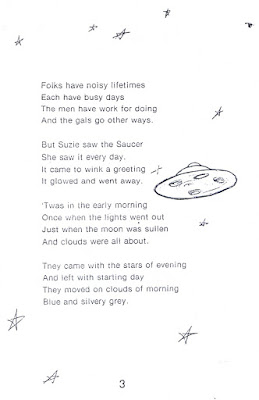 In several verses we are told that Suzie (Dorris) very early in life understood that she was different than other men and women because of her experiences and contacts, both physical and telepathic with the space people. 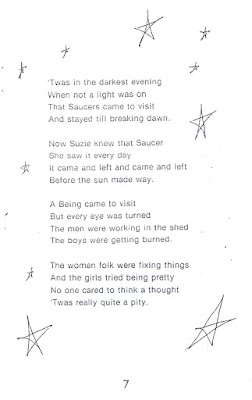 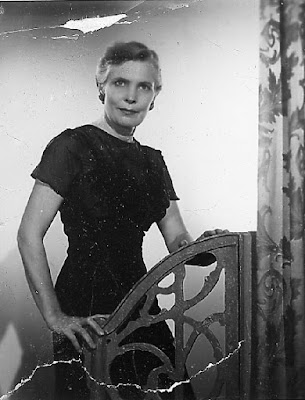 Dorris in her younger days acting in a play

On page 15 and 16 are some interesting verses where Suzie is frightened by ”earthly” saucers that don´t belong to the benevolent space people but instead belong to occupants who give honor ”to materialistic rule”. 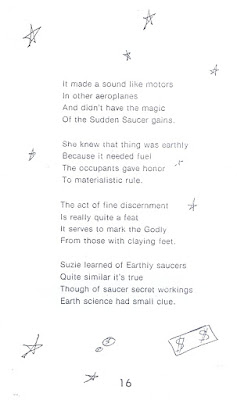 A connection between the work of the benevolent space people and the Esoteric Tradition or Ancient Wisdom is narrated on page 21. Here Dorris also alludes to her special mission on this planet. 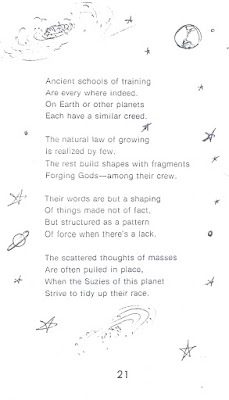 In Suzies Sudden Saucer the author mention both physical and telepathic contacts and the secret work with the space people going on behind the scenes. Dorris implies that she cannot tell the whole story ”knowing more than most”. 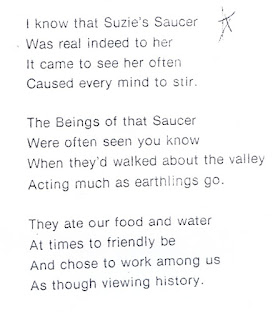 There are still many unanswered questions and enigmas regarding Dorris Van Tassel and her contact experiences. Perhaps some of the clues to her secret life can be found in Suzies Sudden Saucer?
Posted by Håkan Blomqvist at Friday, December 14, 2018