1957-1958 were the formative years of the Swedish UFO movement. Before 1957 there were no formal societies dedicated to the UFO enigma, only a few isolated individuals with a personal interest. Behind the Flying Saucers by Frank Scully was published in a Swedish edition 1951 (De flygande tefaten) and in 1955 Swedish ufologist K. Gösta Rehn had translated Donald Keyhoe´s Flying Saucers From Outer Space (Flygande tefat – observatörer från världsrymden). 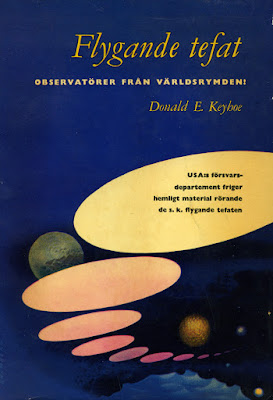 In July 1957 Danish-born Ms Edith Nicolaisen founded the publishing house Parthenon in Helsingborg. The Board included three women, all active in the Theosophical Society (Adyar), Brita Rodosi, Rut Lindberg and Sonja Lilienthal. Parthenon published several of the classic contactee books of the 1950s and inspired the formation of UFO societies in Sweden. On March 19, 1958, Sällskapet för Interplanetariska Studier (The Society for Interplanetary Studies) was founded at Chalmers University of Technology, Göteborg. It was initiated by the women in the Parthenon board but the the society was a very short-lived organization consisting mainly of university students.

After a visionary experience in 1950 Theosophist Jan-Erik Janhammar, together with his friends Gustaf Adolf Pettersson and Gösta Eklund, founded the lecture society Måndagsgruppen (The Monday Society) in Stockholm, 1951. It became a free and open minded forum where people from various religious, philosophical, esoteric and New Age groups met for lectures and discussions. This rather remarkable society celebrated 35 years of activity in 1986 after having arranged 1336 lectures. 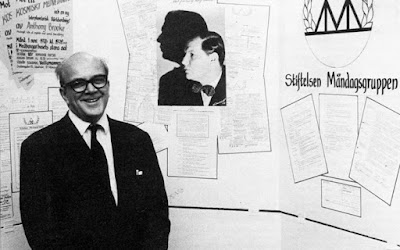 In March 1958 Måndagsgruppen faced the predicament of having no lecturer for the coming week. A suggestion was then made to invite Mrs Kerstin Bäfverstedt for a lecture on flying saucers. The lecture was a huge success and was held once again a week later, when enrollment lists were circulated for those who wanted to participate in the formation of a UFO society in Sweden. On March 23, 1958 Ifologiska Sällskapet (The Ifological Society) was formally founded and announced in the press. This society folded in 1969. 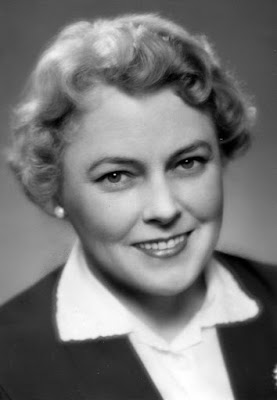 Before the founding date there had in fact been an informal group of UFO interested persons belonging to Måndagsgruppen, calling themselves The International Space Investigators (IS), later referred to as ”The Nine”. According to a an university essay on the history of Ifologiska Sällskapet by ufologist Heikki Virtanen, 1980, the members of the IS group were: Kerstin Bäfverstedt, Eric and Gunnel Nordquist, Greta Berg, Anna Lycke, Richard (?), Karin Lidelius, Britta Ekbom and Hilding Havrenius. Not much is known about this informal group and there is also some different claims regarding their founding. In the March-April 1959 issue of Flying Saucer Review (FSR)  a small note says that The International Space Investigators ”have just been formed”, headed by engineer Eric Nordquist. He also wrote a letter to Ray Palmer´s Flying Saucers, July 1959, presenting IS as ”a small, exclusive group living in Stockholm”. I haven´t been able to find any more data on IS and they were probably a short-lived informal group of friends interested in UFO research. 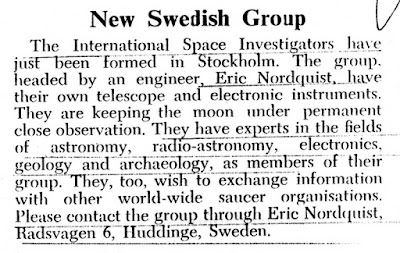 Kerstin Bäfverstedt (1909-2000) became fascinated by Theosophy, reading Helena P. Blavatsky in her early teens. This initiated a lifelong spiritual quest involving Spiritualism, esotericism, paranormal phenomena, alternative healing practices, UFOs a.o. Kerstin was married to Bo Bäfverstedt in 1936, MD, later Attending Physician and Professor at Södersjukhuset 1946-1979 (Stockholm South General Hospital). In 1957 Kerstin Bäfverstedt lectured on reincarnation at Stockholm Spiritualist Society, a lecture that was published as a series of articles in the magazine Spiritualisten: ”Människans liv. Från födelsen – genom döden – till återfödelsen” (The Life of Man. From Birth – Through Death – to Rebirth). The articles are partially based on the works of Max Heindel, founder of The Rosicrucian Fellowship. Kerstin was a member of the Swedish Section of The Rosicrucian Fellowship since 1956. She was also a frequent lecturer to local Spiritualist groups in Sweden.

During her many travels around the world Kerstin visited researchers and leaders of various societies involved in UFO and paranormal investigation. In the United States she became a good friend with several members of Borderland Sciences Research Foundation (BSRF): Riley Crabb, Trevor James Constable and Dr. Ruth Drown. She was for many years Regional Director of BSRF and her letters and comments were sometimes published in Round Robin. The Journal of Borderland Research. During the 14-15 October 1961 Kerstin participated in The Giant Rock Space Craft Convention, organized by George Van Tassel. 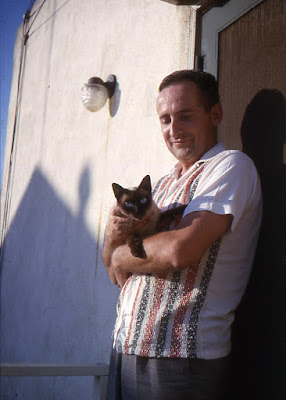 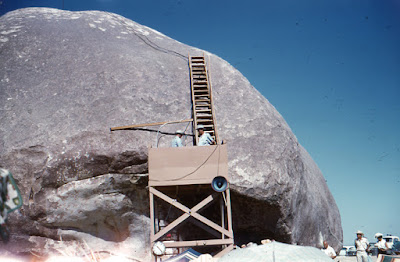 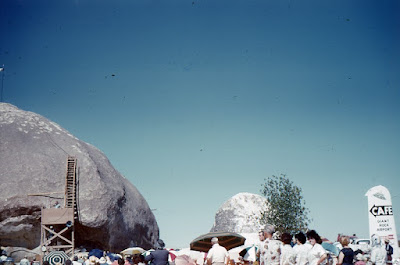 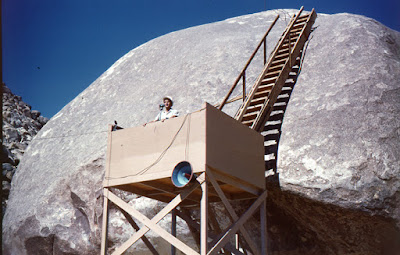 BSRF associate Dr. Ruth Drown (1891-1965) became a lifelong friend and they often visited each other in USA or Sweden. ”… she was my dearest friend that I will never forget” Kerstin recounted in a letter to Round Robin, May-june 1976. They corresponded between 1962-1965. Ruth Drown was an American chiropractic and proponent of Radionics which led to many controversies with the American Medical Association (AMA). She was also one of the associates of BSRF and lectured on the Kabbalah, which is evident from the front page of her book Radio-Vision. Scientific Milestone. A Research Activity of Drown Laboratories, published in 1960. 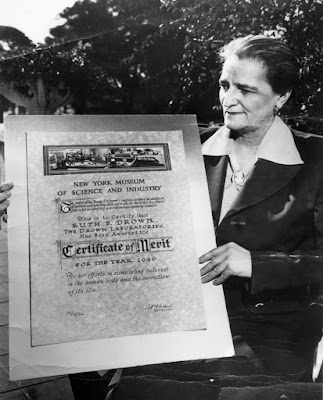 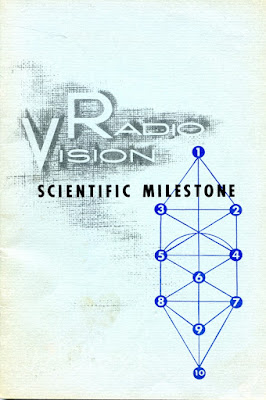 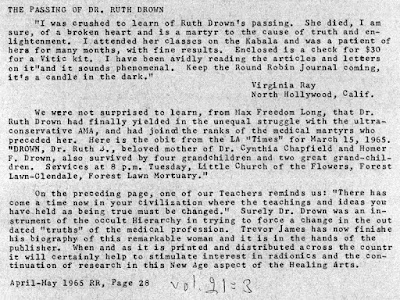 Riley Crabb comment on Ruth Drown in Round Robin

In 2013 the archive of Kerstin Bäfverstedt was generously donated to AFU by her daughter Eva Sundler Malmnäs. From a historical viewpoint it is interesting to notice that the ideas of Borderland Sciences Research Foundation, because of Kerstin Bäfverstedt, influenced the Swedish UFO movement. It also reinforces my assertion that the ufology in Sweden was to a large extent initiated by persons active in various esoteric and spiritualist societies. 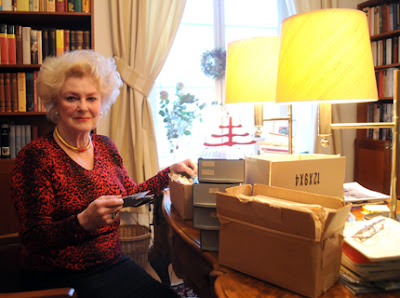