As a young student of Philosophy and History of Religions at Stockholm University in the 1970s one of the basic philosophical problems occupying my inquisitive mind was the intellectual and epistemological difficulty in accepting the reality of a multiverse in the esoteric sense. In my diary from January 8, 1976 I wrote: “My thinking is now very much occupied with the problem whether it is consistent with intellectual integrity to accept a worldview that cannot be verified by empirical science? If this is possible than esotericism can be philosophically established and motivated.”

Up until 1975 I was very much influenced by the writings of Rudolf Steiner on these issues. His ideas regarding a Spiritual Science that could be verified by special training appealed to my own theories. But in December 1975 I read Kunskapen om verkligheten (The Knowledge of Reality) by the eminent and erudite Swedish esotericist Henry T. Laurency. His penetrating criticism of Steiner´s Anthroposophy became a watershed and an eye-opener in my own thinking which resulted in a comment in my diary for December 2, 1975: “By studying Laurency, Bailey and other authors I have found that Laurency´s criticism of Steiner is tenable. I didn´t expect that my view on Steiner could be so radically modified and altered.” 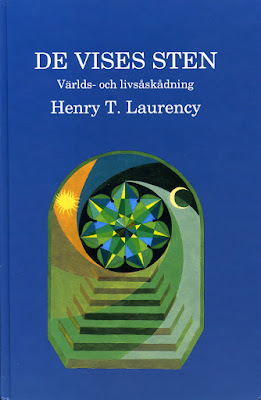 It was of course not only Laurency´s criticism of Steiner that I found convincing but above all his brilliant, scholarly treatment and presentation of the esoteric tradition. Henry T. Laurency was educated at Uppsala University where his teachers in Philosophy were the famous Swedish philosophers Axel Hägerström och Karl Hedvall. With this background and most assuredly inspiration from one of the planetary adepts he was able to formulate the esoteric worldview in such a clear and scientific language, with a new terminology, that his books can appeal to scholars and humanist intellectuals. His presentation of esoteric philosophy is in an international perspective of a quality unsurpassed. My personal view is that Laurency is the “disciple of rare capability in Sweden” referred to by Alice Bailey in A Treatise on White Magic (orig. 1934, p. 79 clothbound ed.)

As an academic philosopher Laurency especially addressed the basic scientific, ontological and epistemological issues and problems confronting students of esotericism. He often pointed out that the only scientifically and intellectually tenable attitude to the esoteric worldview is to regard it as a working hypothesis: "To scientists without experience of other worlds than the physical, hylozoics can, of course, be only a working hypothesis" (Laurency, The Way of Man, p. 39, online version). Incidentally this is also the position recommended by the Tibetan, D.K., in the books written by Alice Bailey: "Our attitude should be that of reasonably enquiry and our interest that of the investigating philosopher, willing to accept a hypothesis on the basis of its possibility... Those open minded investigators who are willing to accept its fundamentals as a working hypothesis until these are demonstrated to be erroneous. They will be frankly agnostic..." (Alice Bailey, A Treatise on White Magic, 1971 (orig. 1934, pp 6, 32). 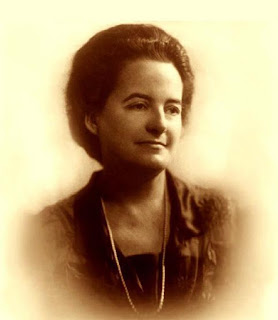 In the books by Laurency and Bailey we are constactly reminded to refrain from simple belief when it comes to facts presented by the planetary guardians. Not to make a new dogmatic sect based on the data given, but keeping an open mind and using the information as a working hypothesis. “Belief is the enemy” wrote Fortean journalist John A. Keel. With this attitude the critical and scientific scholars can accept the esoteric worldview and still keep their intellectual integrity.

Regarding intellectual integrity I found an good definition on the website The Critical Thinking Community, Valuable Intellectual Traits: “Intellectual Integrity: Recognition of the need to be true to one's own thinking; to be consistent in the intellectual standards one applies; to hold one's self to the same rigorous standards of evidence and proof to which one holds one's antagonists; to practice what one advocates for others; and to honestly admit discrepancies and inconsistencies in one's own thought and action.”

How come then that so few non-conformist academic scholars and intellectuals have discovered the writings by Henry T. Laurency? The first and most obvious answer is that his books have only been aviable in English during the last decades. But the most relevant reason is that there are very few scholars that dare to enter the domain of Forbidden Science, in the words of Jacques Vallee. To leave the safe world of materialist/reductionist science is to become a cultural heretic. And “coming out” as an esotericist takes intellectual courage, especially if you are working in the academic community. You will be accused of harbouring dangerous irrational ideas and conspiracy theories. 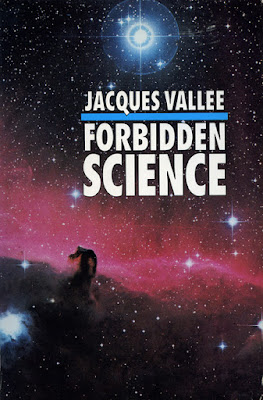 A promising sign of the times though is that “Western Esotericism” can now be studied at several universities. Western esotericism is a somewhat inadequate name as the esoteric tradition is global and planetary. Academic students of Western Esotericism are often referring to the French scholar Antoine Faivre when it comes to a definition of esotericism, consisting of six fundamental characteristics or components. To esotericists of the Bailey, Laurency school the definition is simple: The knowledge of reality in custody of and presented by the planetary guardians. These adepts I have somewhat irreverently referred to as the Higher Intelligence Agency (HIA). Theosophist Henry Steel Olcott, who knew several of them personally often called them “the boys”. 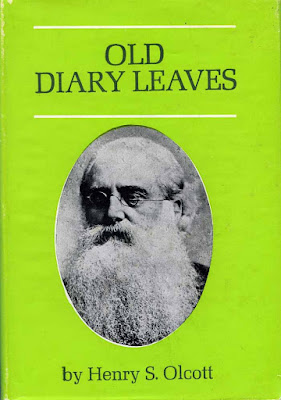 A very good definition of intellectual courage is also presented on The Critical Thinking Community:
“Intellectual Courage: Having a consciousness of the need to face and fairly address ideas, beliefs or viewpoints toward which we have strong negative emotions and to which we have not given a serious hearing. This courage is connected with the recognition that ideas considered dangerous or absurd are sometimes rationally justified (in whole or in part) and that conclusions and beliefs inculcated in us are sometimes false or misleading. To determine for ourselves which is which, we must not passively and uncritically "accept" what we have "learned." Intellectual courage comes into play here, because inevitably we will come to see some truth in some ideas considered dangerous and absurd, and distortion or falsity in some ideas strongly held in our social group. We need courage to be true to our own thinking in such circumstances. The penalties for non-conformity can be severe.”

To accept the esoteric worldview as a paradigm and working hypothesis most scholars would probably need some form of empirical data indicating a multiverse. For me the empirical evidence became obvious by investigating UFO and paranormal phenomena. But of course a bridge to esotericism could be found by researching a number of borderland phenomena: healing, out-of-body experiences, remote viewing, materializations etc.

Neither reductionist materialism nor orthodox religion has any tenable answers when faced with UFO and paranormal phenomena which clearly indicate a multiverse reality. If there is a multiverse inhabited by various sentient beings of different evolution and intelligence there must also be a science of the multiverse. Which implies that it is reasonable to assume the existence of "scientists" of the multiverse or custodians of knowledge not discovered by mainstream science. This is the position maintained by The Esoteric Tradition or The Ancient Wisdom.

For the scholar studying esotericism this advice by Henry T. Laurency should be remembered to keep a psychological balance and intellectual integrity: “Even if by thorough study you are however much convinced that the hylozoic system agrees with reality, yet you must view it as a working hypothesis... This principled attitude is necessary to avoid all manifestations of dogmatism, fanaticism, and intolerance." (Henry T. Laurency, Knowledge of Life Four, 1995, online ed. p. 29-30).