As an investigator of contactee cases for many years I have often lamented the lack of thorough research and documentation of the early classic contactees of the 1950s. There is still no biography of Orfeo Angelucci, George Van Tassel and Howard Menger. Lou Zinsstag and Timothy Good did a pioneering effort with George Adamski. The Untold Story (1982) but since then very little has been written. It was therefore with great expectation I received Contactee. Was Daniel W. Fry Telling the Truth? by the young Canadian author Sean Donovan. 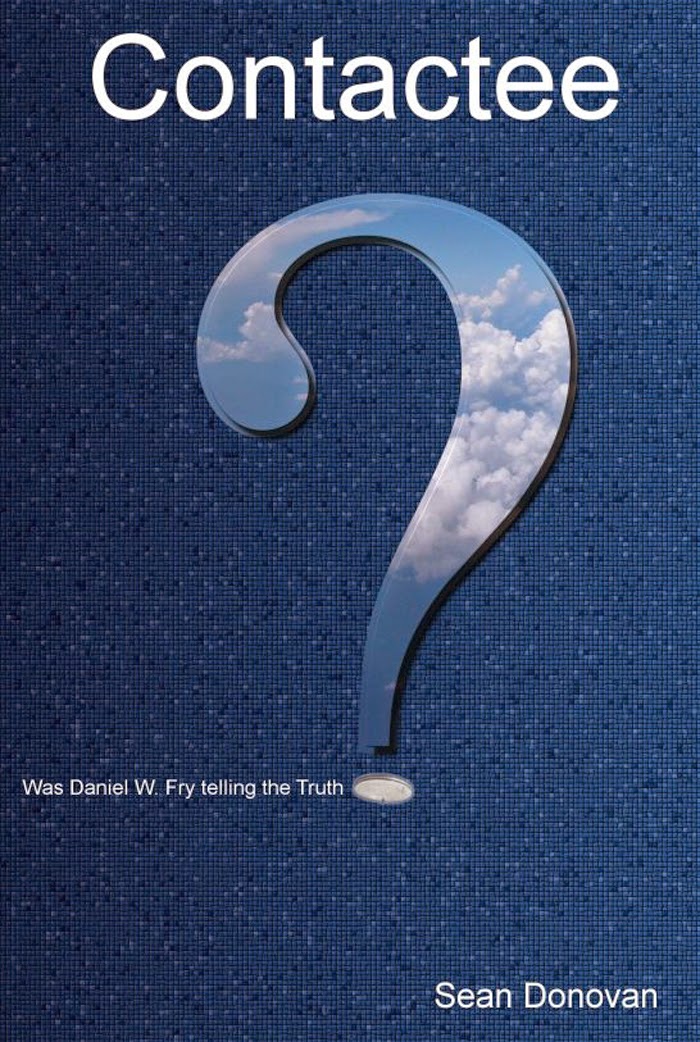 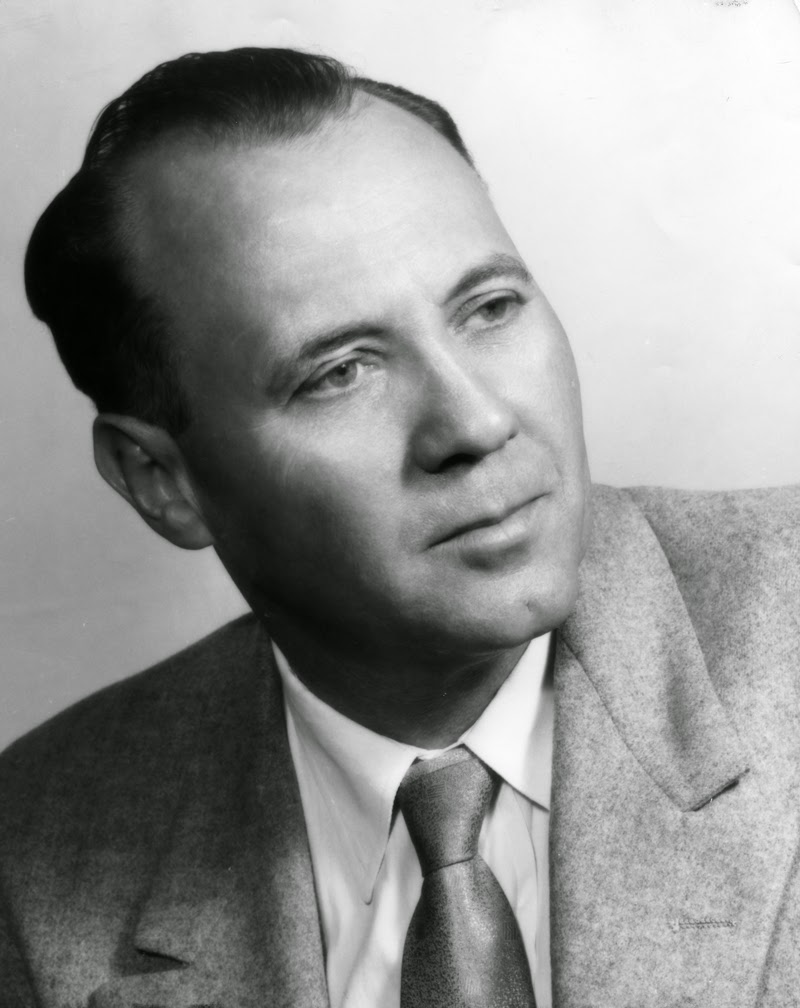 Sean is to be commended for a remarkable cultural achievement, having in 2003 rescued what was left of the Daniel Fry and Understanding organizational archive and continually presenting more and more of this data on a website dedicated to Fry and his organization. All copies of Understanding magazine 1956-1979 and Newsletter 1982-1989 can be found on the site and also photos, audios, films, interviews a.o. My hope is that other researchers will copy this excellent effort when it comes to contactees like George Adamski, Orfeo Angelucci, George Van Tassel and Howard Menger. 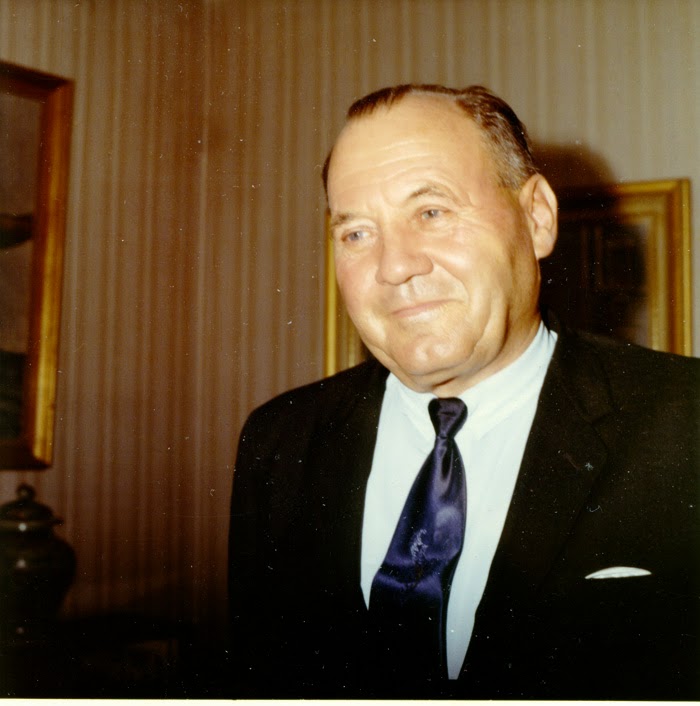 Sean Donovan is not a ufologist in the usual sense of the word. Resident of Edmonton, Alberta, Canada he has a Batchelor of Applied Science in Computer Engineering from Simon Fraser University in Burnaby, British Columbia. He runs a web consulting business and does research into gravity control, the subject that eventually got him interested in the theories of Daniel Fry. During his years at the university in the 1990s he, more or less as a diversion from the monotony of study, started looking into the problem of gravity control and studied many books on the subject: "My first encounter with Daniel´s story happened when I was 28 years old in the year 2001 during a cold, snow filled night on a farm in Saskatchewan, Canada, where I read "The Rode in Space Ships"... Upon first reading Daniel´s story in November of 2001, I was skeptical, but excited. It was clear that if the physics from Fry´s books worked, I could follow my original goal of gravity control instead of "inertial propulsion" which was proving fruitless." 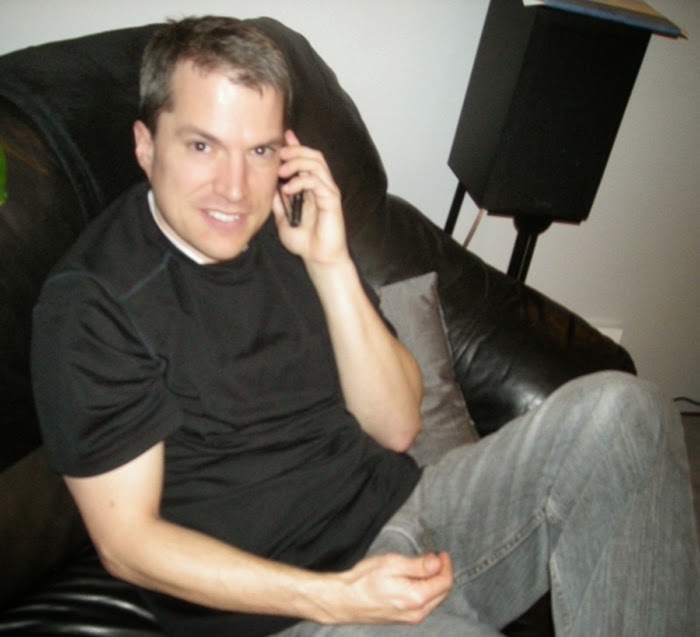 Sean became intensely fascinated by Daniel Fry, contacted and interview his children and relatives and ended up preserving the Understanding organizational archive, including a real treasure, a month by month journal of Daniel Fry´s doings from 1966-1977. All this material became the basis for his biography Contactee. Was Daniel Fry Telling the Truth?

The first part of the book, some 35 pages, is a very detailed family history, a part of the text that could have been somewhat reduced as not very relevant to the rest of the story. The author then presents the contact experiences of Daniel Fry in his own words. Sean has combined the information from four different books to get a version as complete as possible. White Sands Incident, Steps to the Stars (1965), Atoms, Galaxies and Understanding (1960) and he also quotes from They Rode in Space Ships, written by Gavin Gibbons (1957). 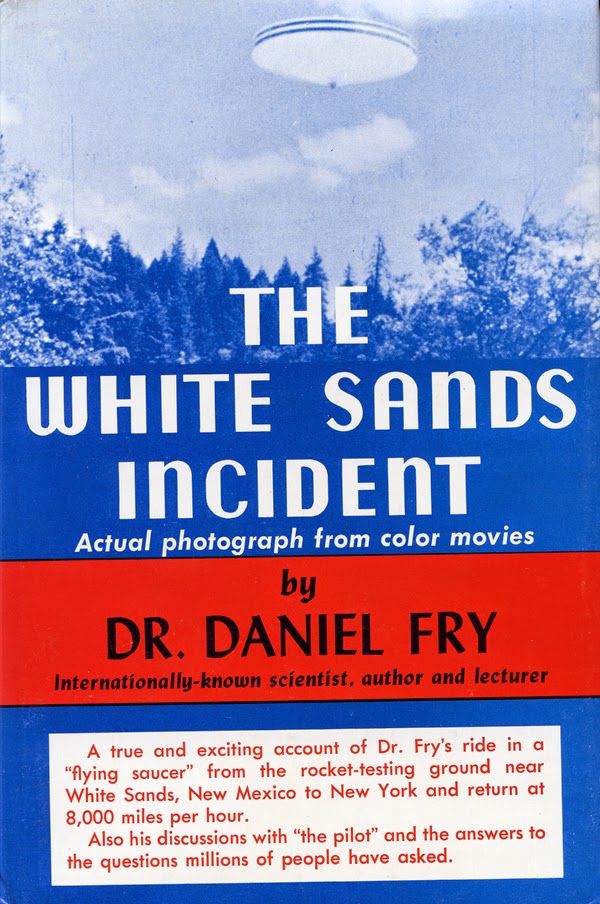 A large part of the book covers the history of the Understanding Organization and the personal life of Daniel Fry. Here, for the first time, is a detailed and very fascinating story of the activites, ups and downs, the economic problems and controveries of the organization. Still a few questions remain after reading this history: What happened to all the local units all over the country? With some 70 local units and 10 000 members how come such a large organization just collapsed? And what became of the arsonist who burned down the library and kitchen in the Understanding headquarters in 1978, then at Tonopah, Arizona? Who was this man and was he ever convicted?

As Sean Donovan is an engineer and technician several chapters are devoted to the physics and technical aspects of the Daniel Fry claims. Sean also presents his experimental evidence for and against Fry. Experiments that he consider promising and hope for an investor like Robert Bigelow to be able to continue. He has also started a website studying the physics of Curvity, a name used to describe the physics of Daniel Fry. Not being technically minded nor interested I can give no informed opinion on these discussions but simply recommend them if your interests are on the technical side.

So, was Daniel Fry telling the truth? Like other UFO researchers Sean Donovan concludes that Daniel Fry´s film is a fake: "The spinning model like motion, the attempt at a second filming and the blatant visible supports are all evidence the films are false." What is missing in the book is an investigation and analysis of the Tahalita Fry UFO photographs taken in November 1968. There is also a reproduction of the bogus Ph.D. degree that Fry recieved from Saint Andrews Ecumenical Collegiate, a title that made him call himself Dr. Daniel Fry for the rest of his life. After considering the evidence for and against Daniel Fry the author presents no definite conclusion but keeps an open mind. In the beginning of the book he has a quote from astronaut Gordon Cooper: "I have seen my share of wide-eyed UFO fanatics and lunatics. Dr. Dan Fry was not in that category. I found him totally credible." 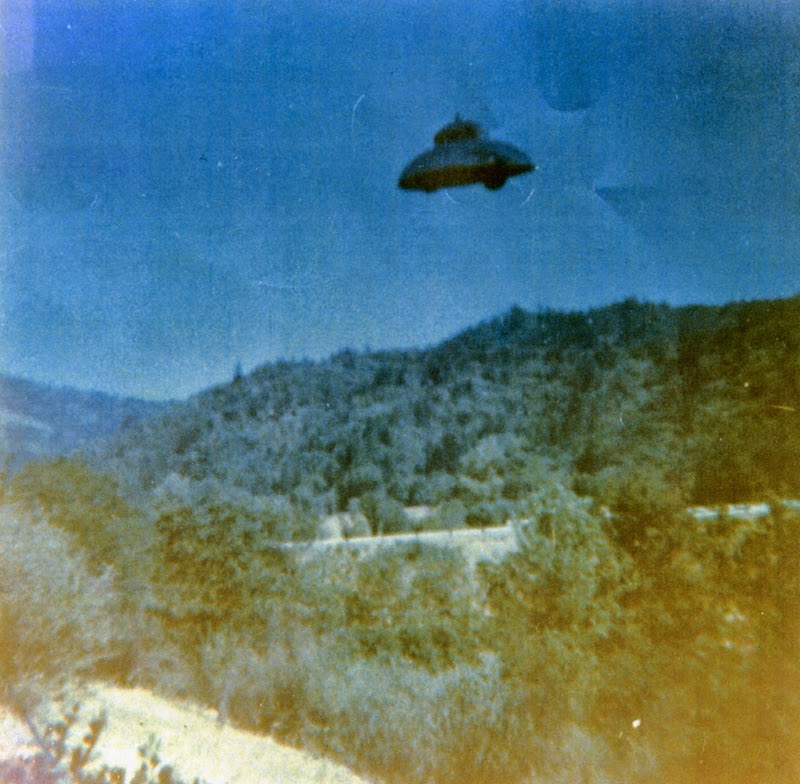 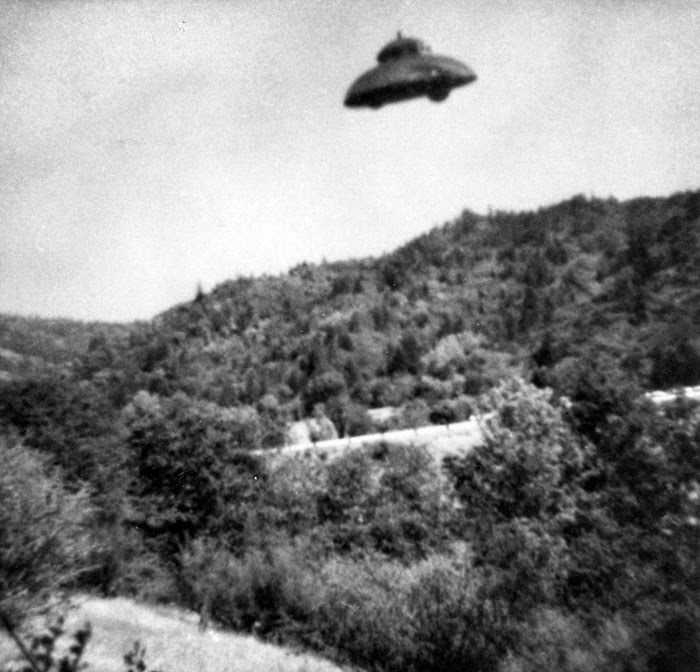 The weak part of the book is the author´s lack of knowledge of the complexity of the contactee enigma. A complexity that takes a lot of study and field investigation of physical contact claims to comprehend. Contactee experiences are seldom a question of black and white which was also the conclusion reached by psychiatrist Dr. Berthold Schwartz, who investigated the contact claims of Howard Menger. On his Curvity website Sean Donovan makes a "Comparison to Other Contactees" and concludes that "other similar contactee stories are fabrications" and in his book he claims: "Amongst Fry´s contactee peers, there is nothing bu bunk". Admittedly many contactee claims of the 1950s were pure fabrications or misidentifications of mystical experiences. But not all of them. There is substantial evidence indicating that some of the 1950s contactees were involved in a cultural influence experiment implemented by a group of benevolent aliens from somewhere, with access to advanced "Vimana" technology. The contactees involved did not always understand what was happening to them and sometimes made a mess of the information delivered. That this was a psychological experiment to test the reaction of human society to alien contact is told by journalist Paul M.Vest who was asked by a "Venusian" to help spread the message and experiences of Orfeo Angelucci. 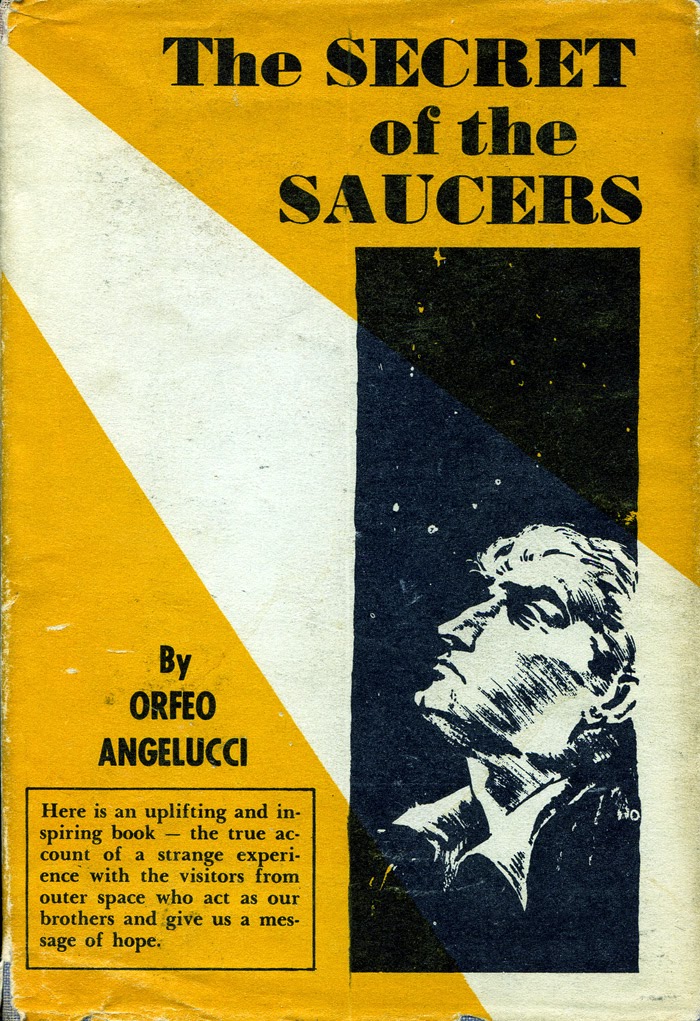 The real contactees involved in the experiment were also told to use various methods to keep certain information secret, using blinds and code words in communication. Sean Donovan noted some of these diversions when he quoted Fry: "In composing my report of the incident at White Sands, I took great care to present it in such a manner that it would immediately be dismissed as nonsense by the "military" type of mind, and yet would present all the vital information in such a manner that its value could readily be understood by the type of mind capable of making use of it."

By presenting this "benevolent conspiracy theory", which is a variant of the Esoteric Intervention Theory of Jacques Vallee, I admittedly become a heretic among "scientific ufologists". But as Vallee has also stated, in Forbidden Science II, "...the history of ufology should be placed within an esoteric context." If Sean Donovan had been a student of the more academic presentations of the Esoteric Tradition or science of the multiverse (Helena Blavatsky, Alice Bailey, Henry T. Laurency) he would have noticed that the message given to Fry was a sort of simplified version of the Ancient Wisdom. This is especially evident in Daniel Fry´s The Curve of Development. It is also evident in the messages given by Adamski, Angelucci, Van Tassel and Howard Menger. 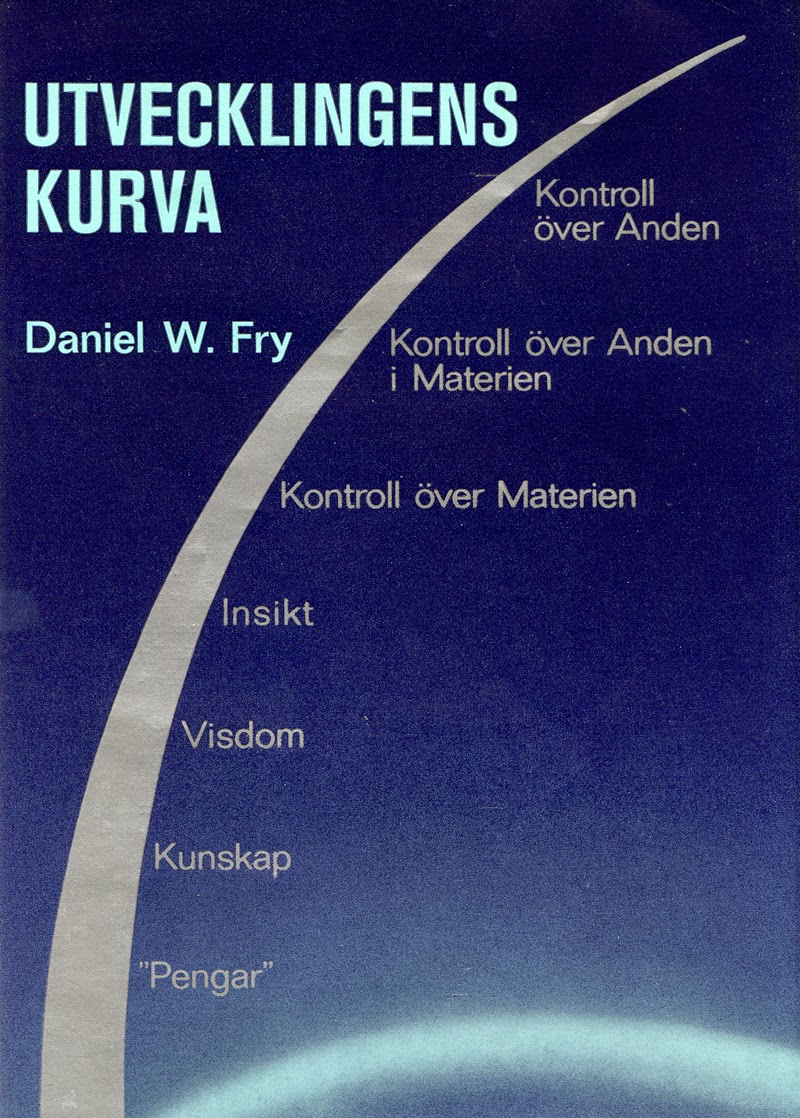 Swedish edition of The Curve of Development

These few critical comments should not hesitate readers to acquire the book which is an important contribution to the study of the classical contactees. And once again I would like to salute Sean Donovan for the excellent work with the Daniel Fry archive and websites.