As far as I am aware AFU, Archives for the Unexplained, is the worlds largest UFO/Fortean archive and library. But perhaps we also have the oldest still active UFO society in Sweden? On October 1, 1958 Malmö UFO-Sällskap (Malmö UFO-Society) was founded. In 1962 they adopted the new name Malmö Interplanetariska Sällskap (MIS) (Malmö Interplanetary Society). They are still very much active with monthly lectures and what is even more remarkable, one of the original members, Mr. Ebbe Johansson is today the energetic chairman. Ebbe recently celebrated his 85th birthday. 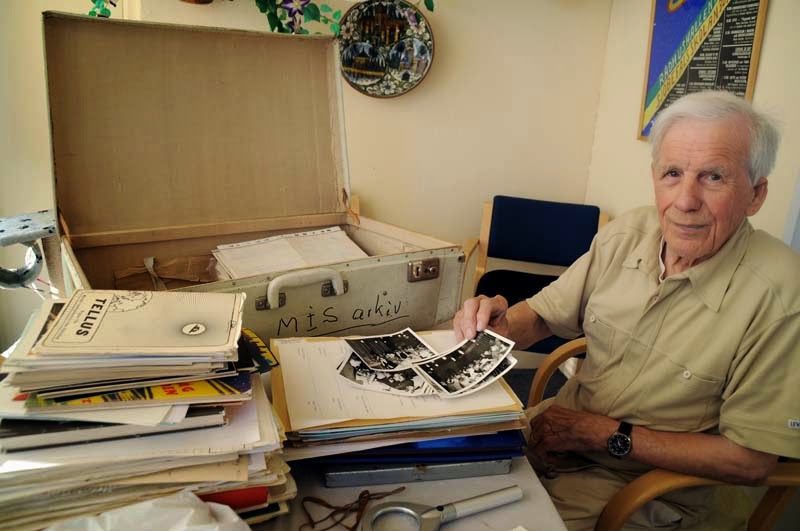 In the autumn of 1958 Karl and Anny Veit from the Deutsche UFO/IFO Studiengesellschaft (DUIST) were invited to Sweden by Edith Nicolaisen, founder of the Parthenon publishing house. Karl Veit lectured in Malmö and Helsingborg. To advertise the lecture a large poster was printed which was carried around in the streets of Malmö by the then young ufologist Alve Holmqvist. Unfortunately no journalist or photographer immortalized this original idea. Partly as a result of the Veit lecture MIS was founded, basically as a lecturing society. 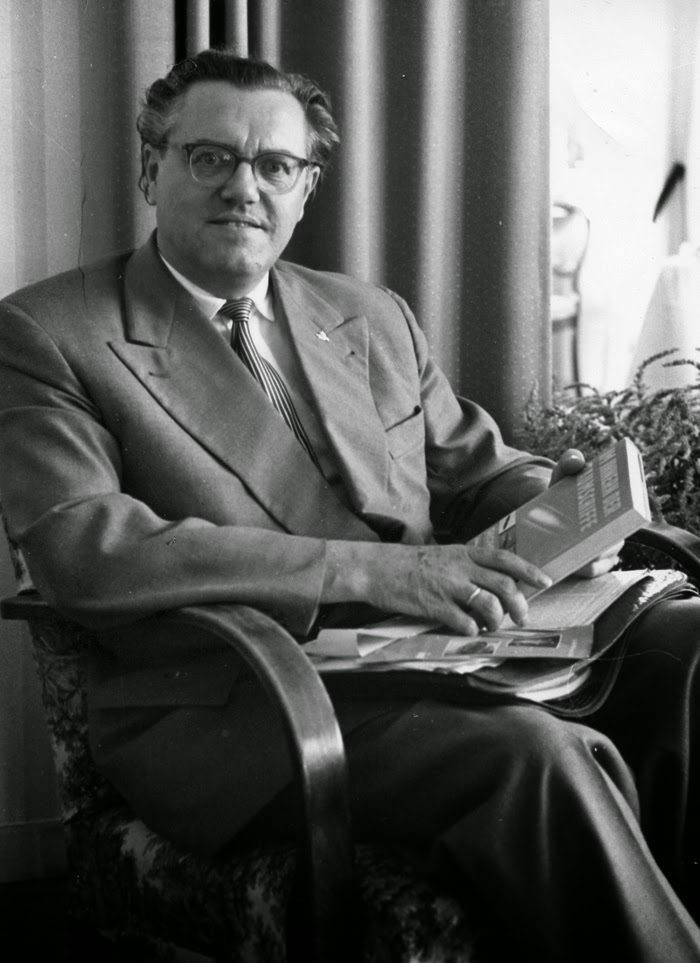 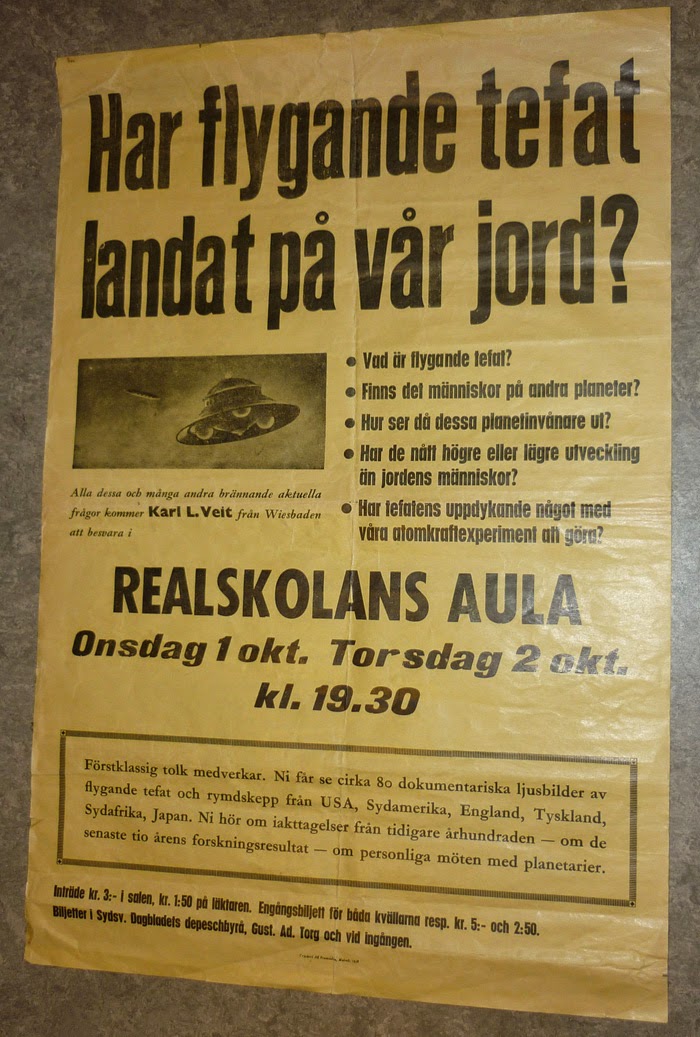 The poster carried around in Malmö by Alve Holmqvist 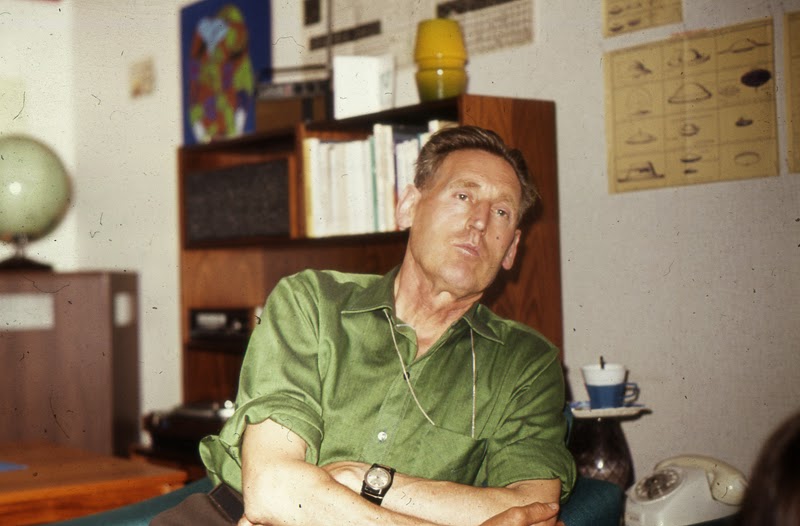 MIS was not the first UFO society in Sweden. Together with Brita Rodosi, secretary in the Götaland district of the Theosophical Society (Adyar), new age activist Edith Nicolaisen succeeded in founding Sällskapet för interplanetariska studier (The Society for Interplanetary Studies) at Chalmers University of Technology in Gothenburg on March 19, 1958. This group of UFO-interested technology students soon disbanded but it was the first attempt to found a UFO society in Sweden. Not more than four days later, on March 23, 1958 Ifologiska sällskapet (The Ifological Society) was founded in Stockholm. This group was also an offshoot of the Theosophical Society in Sweden (Adyar). Ifologiska sällskapet folded in 1969.

Since 1958 Malmö Interplanetary Society has arranged a lecture every month except during the summer time.  Subjects are UFOs, astronomy, space research, ancient mysteries, parapsychology, mysticism and a whole range of other topics, sometimes presented by academic scholars. Besides lectures MIS has arranged many types of social activities: study tours, field trips, Christmas and jubilee festivities, even masquerades. In 1988 MIS published a small jubilee booklet with the ingenious title Thirty Years in the Twilight Zone. 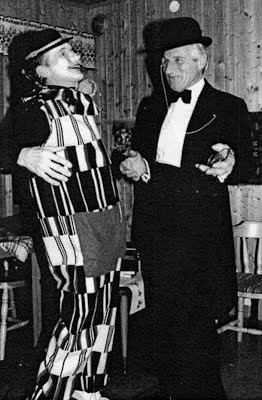 Ebbe Johansson and Svend Pohlman entertaining at a MIS party Ragnar Olssson and Ebbe Johansson at a MIS lecture September 4, 2009

Ebbe Johansson is one of the real oldboys of Swedish ufology. He joined MIS already in 1958 and has during various periodes acted as chairman and has also been a well known lecturer on UFOs in different organizations and clubs. His interests ranges from astronomy and speleology to electronic voice phenomena (EVP) and philosophy. In 2010 MIS joined the national organization UFO-Sweden which for us felt like a historical moment and an honour to have incorporated the oldest still active UFO society in Sweden - and perhaps in the world? 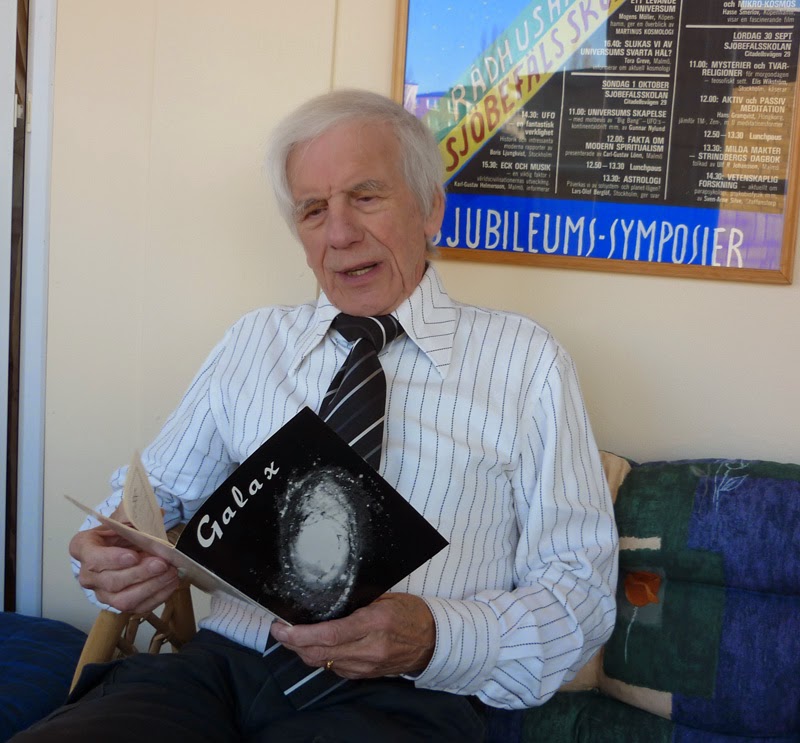